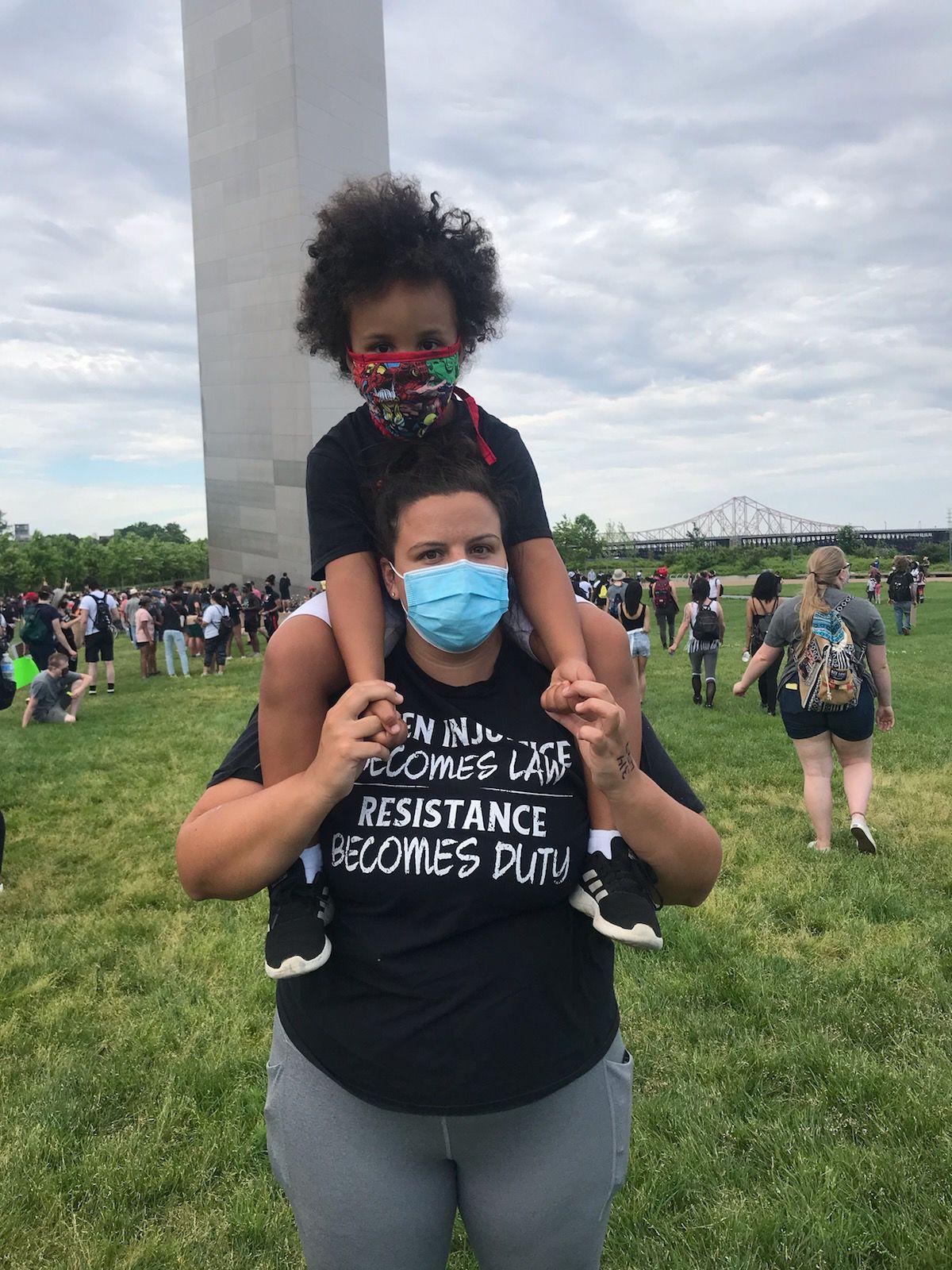 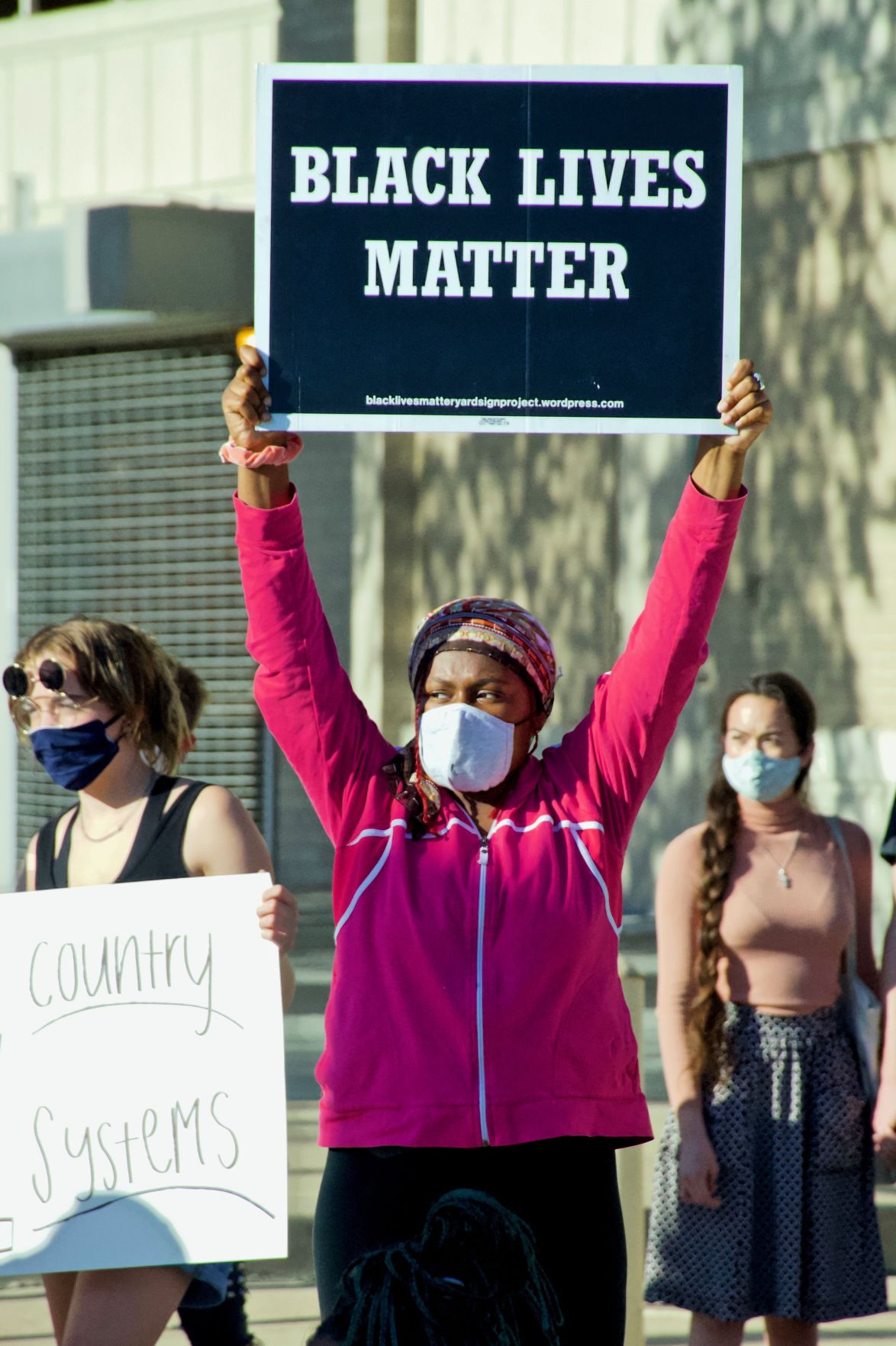 Hundreds are currently marching in downtown St. Louis city to protest police brutality and the killing of George Floyd at the hands of Minneapolis police.

“If we gonna have to be in the streets during COVID, then we’re going to be in the streets,” said Kayla Reed, co-founder and executive director of Action St. Louis and a Ferguson protestor, told the crowd. “During a pandemic, nobody should have their knee on any of our necks. There’s not enough respirators.”

The protest, organized by an organizing effort called “Expect Us,” started in front of the St. Louis City Justice Center with chants. The massive group are now marching throughout the streets. The groups organizing the action include Action St. Louis, Metropolitan Congregations United, Missouri Faith Voices, St. Louis Action Council, St. Louis Clergy Coalition and others.

“We want the demands that we ultimately take to the government to be the people’s demands,” said Rev. Darryl Gray, one of the organizers and a longtime civil rights activist. “We want the people to speak. If the riot is the voice of those unheard, as protest leaders and advocates and activists we want to make sure we are listening.”

As part of the action, the group walked down to the Gateway Arch and wrote their demands on sticky notes and placed them on the national monument.

One list of demands circulating in the crowd included decreasing spending of the police department, which currently makes up more than half of the city’s budget. It also included demilitarizing the police, closing a problematic city jail known as the Workhouse and freeing political prisoners.

The united focus of the #ExpectUs action is nonviolent civil disobedience, organizers said. However, Gray said the words “peaceful” and “violent” have been used to distinguish the two kinds of demonstrations in St. Louis and across the country. Gray makes the distinction of how words should be used to describe protestors.

“We don’t expect any of our actions to be peaceful,” Gray said. “We have been peaceful for too long. We need to shake the tree, but that doesn’t mean burn down the tree. Buildings can be rebuilt, but people’s lives you can’t bring back.”

The marchers continued through the streets of downtown and convened at the Arch grounds. The diverse crowd held signs that read "Black Lives Matter" and other messages while chanting.

"No justice, no peace. No racist police," the group shouted as they made their way to the Arch.

Upon arriving, activists used sticky notes to post their demands for justice on the Arch. They then proceeded to westbound I-64. “We’re not out here just to be on top of the highway,” said State Rep. Rasheen Aldridge, who was also a Ferguson protestor. “We’re out here because we are still grieving for lives and lives and lives.”

The massive group of demonstrators ended the action with closing remarks from Rev. Darryl Gray.