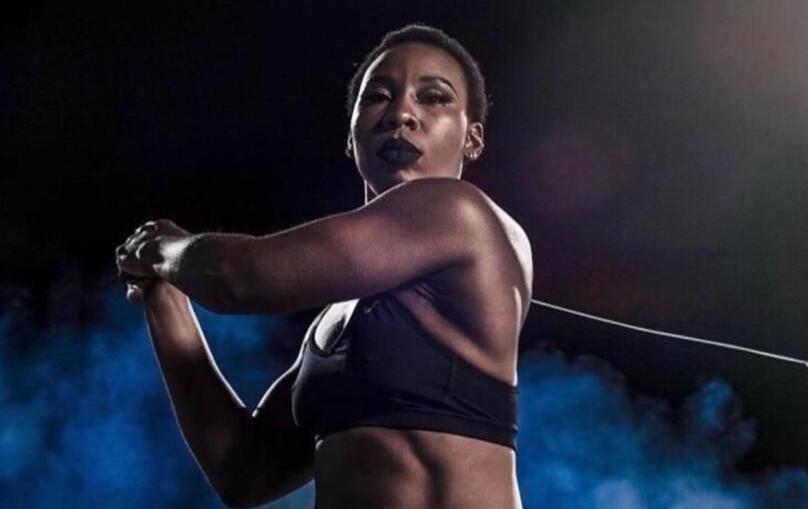 Along with pushing for societal change and increased investment in Black communities, Gwen Berry is busy these days training for the Tokyo Olympics that are now set for the summer of 2021 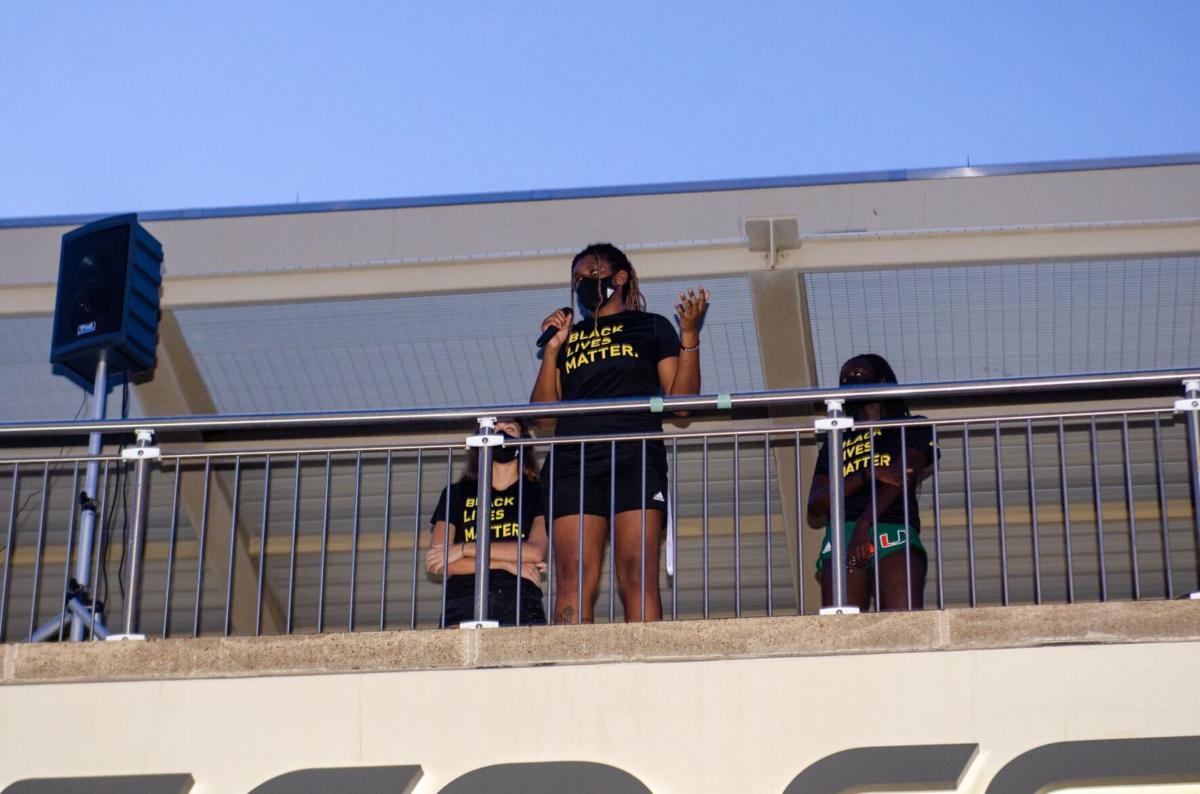 As many athletes have returned to fields, courts and arenas during the coronavirus pandemic, so have sports protests. More and more professional athletes are kneeling during the national anthem, wearing Black Lives Matter messages on their game-time attire and speaking out publicly about police brutality and systemic racism. And a majority of Americans now consider those actions to be appropriate.

“But there’s at least one place where protesting is still not allowed,” an op-ed piece in the New York Times by St. Louis-area native Gwen Berry noted earlier this month: an Olympic podium.

Berry, who was born in East St. Louis and grew up in Ferguson, knows the truth of that on a level that only a few people in Olympic history do. After throwing 74 meters to clinch the gold medal at last summer’s Pan American Games, a split-second decision she made while standing on the podium had a dramatic effect on her future.

“I remember the medal was so heavy and so real,” Berry recalled in the Times video. “I was excited. I was nervous. In that moment when the national anthem was playing, I knew that that national anthem did not speak for people like me in America. The freedom, liberty and justice for all, it is not for Black people. Something came over me. I raised my fist. I felt like I was not at peace with myself if I had not said something or did something in that moment.”

The result? Berry was reprimanded and punished with a 12-month probation. Rule 50 in the Olympic charter states, “No kind of demonstration or political, religious or racial propaganda is permitted in any Olympic sites, venues or other areas.”

“I had a lot of people threatening me, a lot of people of course telling me to go back to Africa and leave the country, and telling me I didn’t deserve to wear the uniform,” Berry said. “But the death threats were the scariest things. I never knew people could wish bad on you because you just didn’t agree with a song or a flag.”

After receiving death threats, Berry got off social media, deleting her apps.

“I just didn’t have time for the negativity,” she said.

Berry was required to meet with the IOC and acknowledge that she had broken its Rule 50, even though she doesn’t think the Olympic rule prohibiting racial, religious or political “propaganda” describes what she did with her fist.

“I did not entice anyone, I did not do anything demeaning to anybody, and so I don’t feel like my protest was harmful,” Berry said. “I don’t think it was as big of a deal as they tried to make it seem. I did something in my time, on my stage … I was harming no one.”

Being on probation meant that she could not speak out about issues she believes in for a full year. It also had major financial ramifications — enough that without help from her mentor, family and friends, she would have left the sport.

“I lost about 80% of my income,” said Berry, adding that she lost sponsorships and “was kind of blackballed.”

While athletes who speak out have begun to garner more widespread support in recent months, Berry’s experience in 2019 was quite different.

“People love for athletes to entertain them, they love to capitalize off their grievances and off their past life and off their struggles,” she said. “But as soon as that athlete turns around and does something for a good cause and it’s kind of controversial, no one wants to hear it.”

One source of support for Berry through this saga has been John Carlos, one of the American track and field athletes who famously raised his fist at the 1968 Olympic Games. Growing up, the image of Carlos and Tommie Smith on the podium in Mexico City resonated with her.

Since Berry raised her own fist last year, she said, Carlos reached out to her. He has become a key mentor.

“I was so ecstatic and so happy that I’ve gotten to know him on a personal level,” Berry said, “For him to come to my defense and for him to have my back was so incredible. Because they pretty much started this movement — it’s because of them that we’re here now and athletes are doing the same things, because we know that times still have not changed.”

Along with pushing for societal change and increased investment in Black communities, Berry is busy these days training for the Tokyo Olympics that are now set for the summer of 2021, as well as 2022 international competitions. When she does eventually retire from the sport, she hopes to stay involved one way or another.