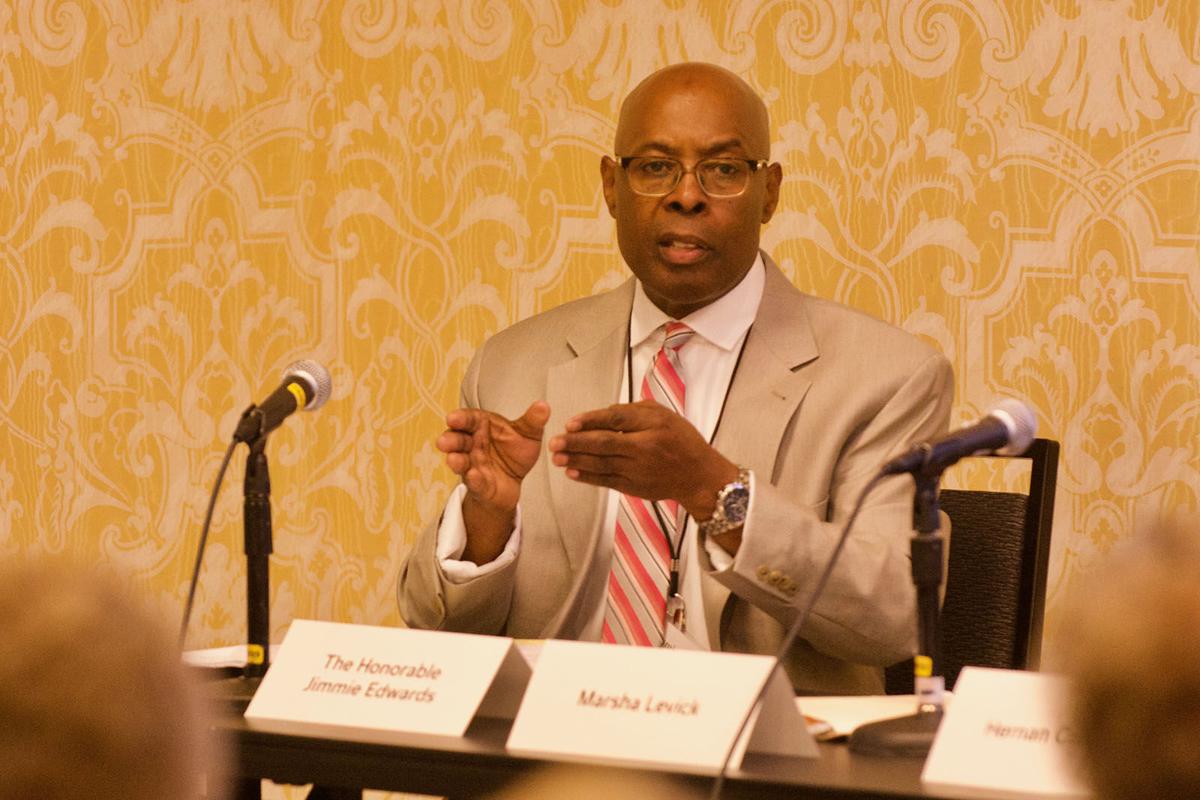 Jimmie Edwards speaking when the National Consortium on Racial and Ethnic Fairness in the Courts convened in St. Louis on Tuesday, May 16 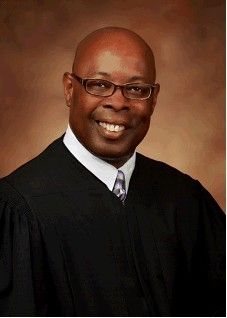 Jimmie Edwards speaking when the National Consortium on Racial and Ethnic Fairness in the Courts convened in St. Louis on Tuesday, May 16

The director directly oversees the St. Louis Metropolitan Police Department and chief of police. Edwards will be sworn in to the position on November 6, after resigning from his position as a judge. The Department of Public Safety has more than 3,500 employees and a budget of $340 million.

This announcement comes after state Representative Bruce Franks Jr. called on Krewson to appoint a director of Public Safety at the public Protest to Policy event on October 11. Following the not-guilty verdict in the murder trial of police officer Jason Stockley, many protesters have called for police reform and for the replacement Police Chief Lawrence O’Toole – policies Edwards will now have the power to carry out with the mayor’s approval.

Edwards, a St. Louis circuit judge since 1992, has presided over more than 500 jury trials and overseen the city’s juvenile court system.

“My background has taught me that our justice system is merely one piece of a complex and precarious puzzle,” Edwards said in a press release. “At its best, government and the courts dispense justice and hold the guilty accountable. But good governance also seeks out root causes for social dysfunction, shows compassion when warranted, and works to improve opportunities for future generations.”

In 2009, Edwards founded the Innovative Concept Academy (ICA), a school for students who lack other educational options due to behavioral violations. Serving approximately 150 students age 10 through 18, the school is part of the “Missouri Model” for restorative juvenile justice.

Edwards comes from outside the current public safety system, something Krewson’s closest competitor in the Democratic primary for mayor made a part of her campaign platform. Former mayoral candidate and current city treasurer Tishaura O. Jones included the idea of bringing in an outsider to direct Public Safety was part of her “Community-Police Relations” platform.

Jones said she would “hire a public safety director from outside the current system who has experience with crime in urban environments, someone who can work across all departments to make safety the number one priority.” Many of Jones’ campaign promises are now echoed by protestors following the Stockley verdict.

Krewson said of Edwards in the city’s press release, “His experience, temperament, and focus will bring new perspective, energy and leadership to our police, firefighters, corrections employees, our Building Division and the Civil Service Building.”

Judge Jimmie Edwards came by The St. Louis American on Friday, October 13, the day Mayor Lyda Krewson announced his appointment as director of…