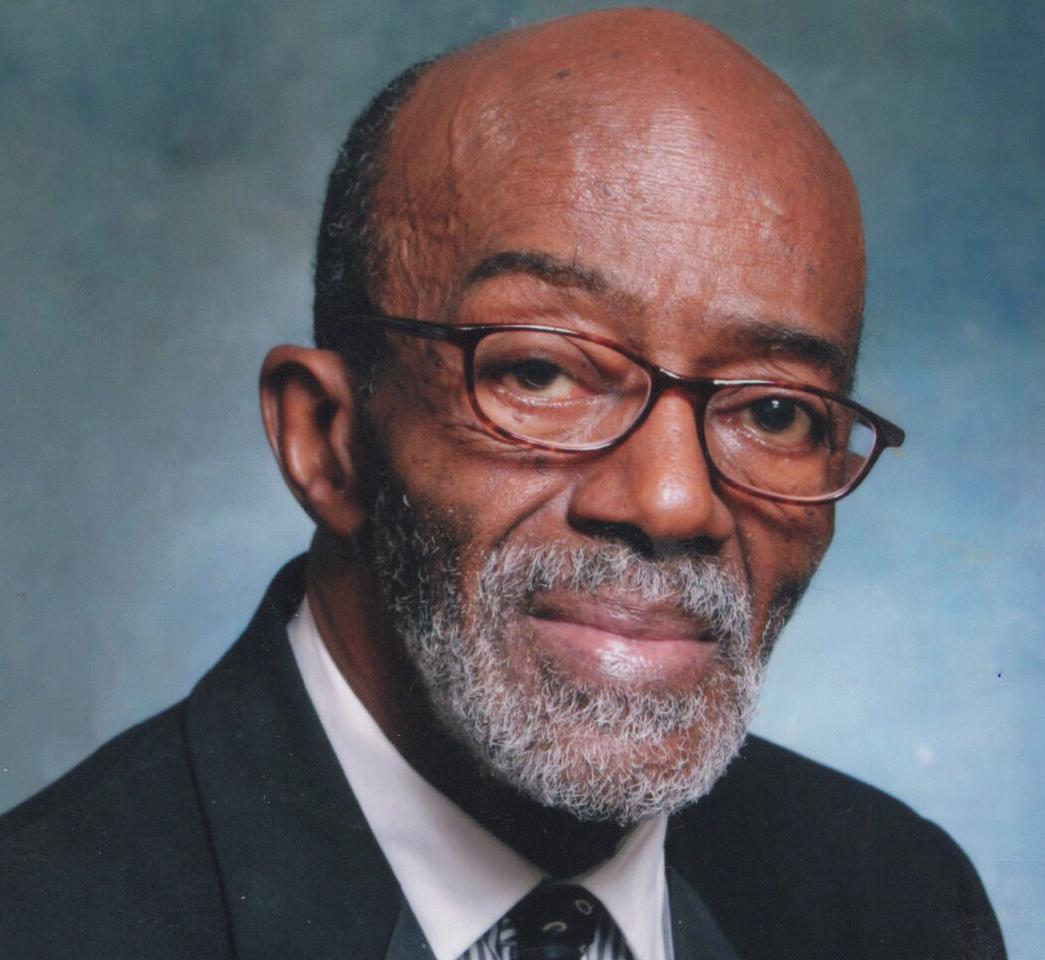 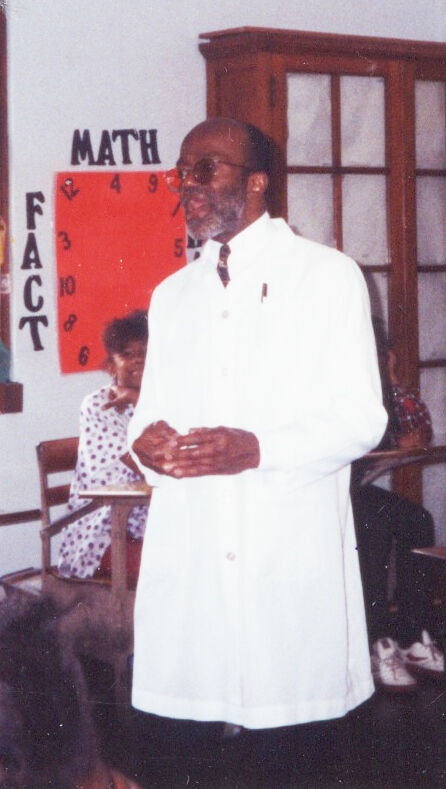 Dr. Lee M. Blount, Jr. teaching which he was passionate about.

The death of Lee M. Blount, Jr., MD at age 88 on Jan. 12, 2021, brings memories of a respected and pioneering figure in education, medicine, sports and civil rights.

Dr. Blount was born in Cleveland, Ohio, on Aug. 14, 1932, the second-oldest of five children, but grew up in Carr Square Village in segregated St. Louis. Many St. Louis friends and colleagues think of him as a native of the Gateway City.

“He loved St. Louis and its people,” said St. Louis American publisher Donald Suggs, who considered Blount a mentor and one of his closest and most valued friends. “He grew up in the working class but was determined to become a physician and come back to serve his beloved community.”

Dr. Blount graduated from Vashon High School, where he excelled in track, and earned his undergraduate degree at St. Louis University at a time when “it was not common for Black students to be accepted,” Suggs said. “He was a person from modest circumstances who overcame multiple barriers during an era when St. Louis University seemed out of reach for Black students.”

After graduating from St. Louis University, where he joined the Alpha Phi Alpha fraternity, he was accepted at the Howard University College of Medicine in Washington D.C.  There he met and married Mae Ellen Smith. He graduated from medical school in 1958, second in his class. He was popular with his classmates, who elected him as class president.

He returned to St. Louis for a surgical residency at Homer G. Phillips Hospital, “at the time, the largest facility for Black folk to receive training in highly sought-after residencies in the surgical specialties,” Suggs said. “His success reflects a different era — there were not a lot of role models (for Black physicians).” He then opened a surgery practice here.

He was affiliated with Deaconess Hospital as well as Homer G. When he retired from his practice, he continued his commitment to the community through wellness training and operating a clinic.

“My dad loved his family,” said his oldest daughter, Renee Blount. “He was very proud of being a Black man. He wasn’t afraid to be himself and show what he stood for. He’d wear his dashiki (to show his pride). He had great strength — he could say things simply but strongly.”

“He was also proud of Black women and taught me to be proud to be a Black woman. He loved St. Louis and wanted to see people make it here. He would treat people for free if they couldn’t afford his medical services, and there was often a line out the door at his office.”

Dr. Blount was known as a fierce tireless and courageous civil rights activist who “knew how important our institutions are. We didn’t really understand it at the time, but we grew up with leading figures in civil rights at our home because of our dad,” Renee Blount said.

“All the Black basketball players would meet at our house, and people like Angela Davis and Huey Newton (of the Black Panthers). At the funeral for Dr. King, our family was the fifth behind the casket.” Dr. Blount walked next to Sen. Robert Kennedy in the procession.

Dr. Blount responded to adversity — of his own and his family’s — with determination, his daughter said. “He wouldn’t let anything stop him or us,” she said.

“When I wanted to give up on tennis, he would push me to keep going.”

Renee credited her dad with not only encouraging but pushing her to excel to the highest level of competitive tennis, which led to her becoming the first African American woman to reach Wimbledon, where she played seven times, since Althea Gibson.

“He pushed you to a higher level that you wouldn’t see by yourself,” she said. “He’s the reason I made it to Wimbledon.”

Dr. Blount was an aggressive supporter of and an outspoken advocate for his children. In 1965, the Blounts were the first Black family to buy a home in Ladue, and his children were the first, and at the time the only Black children to attend the district’s Conway Elementary School.

He and his wife sued the Ladue School District in 1970 as the “next friend” of their children to “redress alleged deprivations of rights secured to them by the Equal Protection Clause of the Fourteenth Amendment.”

The charges involved “… permitting and allowing children of the school district to subject the minor plaintiffs to repetitive name-calling, insults, and acts of the same. The conduct of defendants [was] alleged to have been done by them ‘concertedly, willfully, intentionally and maliciously and with the intent and purpose of harming the minor plaintiffs and to deprive them of their constitutional rights.’”

Renee Blount also remembers her father as “extremely smart” — “an outstanding genius.” She and her siblings, as well as his friends and colleagues, knew him as a dedicated athlete who competed in marathons and track events.

Dr. Blount’s daughter Melissa, who followed in his footsteps as a physician, has similar memories of his medical and sports prowess, as well as his commitment to civil rights. She and her siblings Kaye and Lee Blount III, as well as Renee, won St. Louis District Tennis Championships as young children thanks to their father’s coaching.

Dr. Blount was an avid follower of high school track and field in the St. Louis area for decades. He attended meets regularly and he knew the names of the top athletes, especially those who competed in the middle distance events, which were his favorites.

Blount’s youngest son, Rameses, remembered his father as “very gregarious and active. He spent a lot of time in the civil rights movement.” He served as a captain in the Air Force at Wright-Patterson Air Force Base during the Vietnam War, using his surgical skills to aid soldiers who came home with serious injuries.

“What I learned from my dad is that you can pass it on,” said Renee Blount. “I think he would be proud.”

In addition to Renee, Melissa, Rameses and Lee III, other survivors include his daughter Colette; granddaughter Josephine; sister Ardella Burden and brother Frederick; and partner Oliverne Lanier. His daughter Kaye preceded him in death.

I met Dr. Blount during my early days working for a Civilian Oversight Board. I remember him well for his thoughtfulness and kindness toward a younger, white ally.