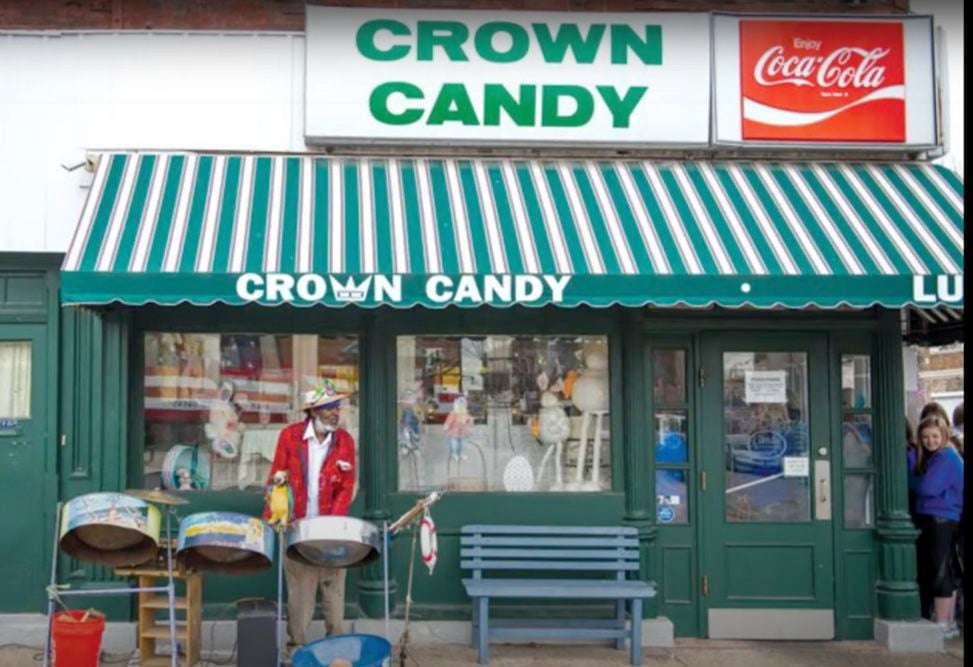 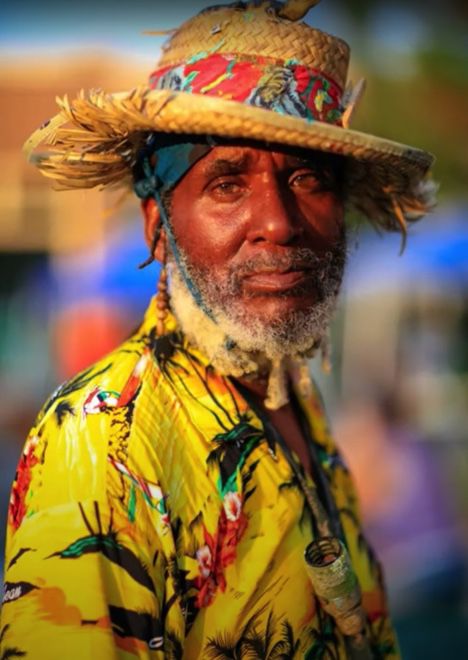 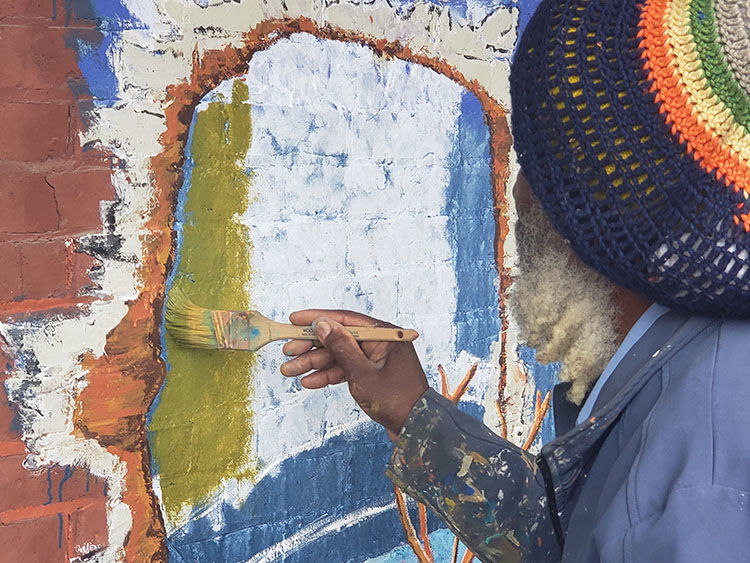 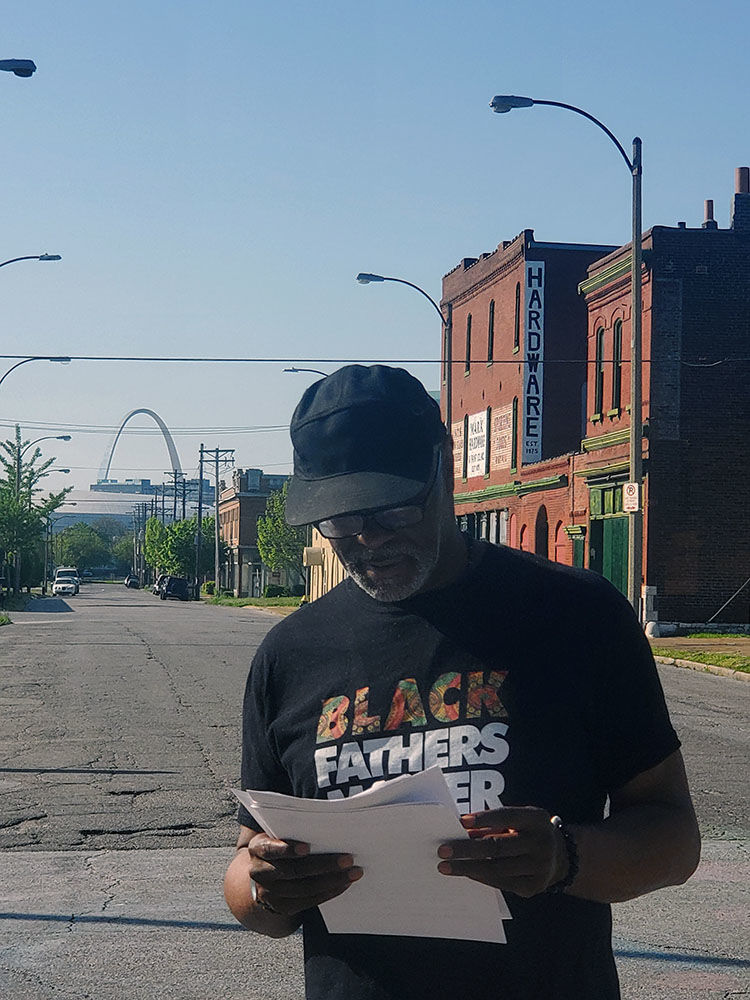 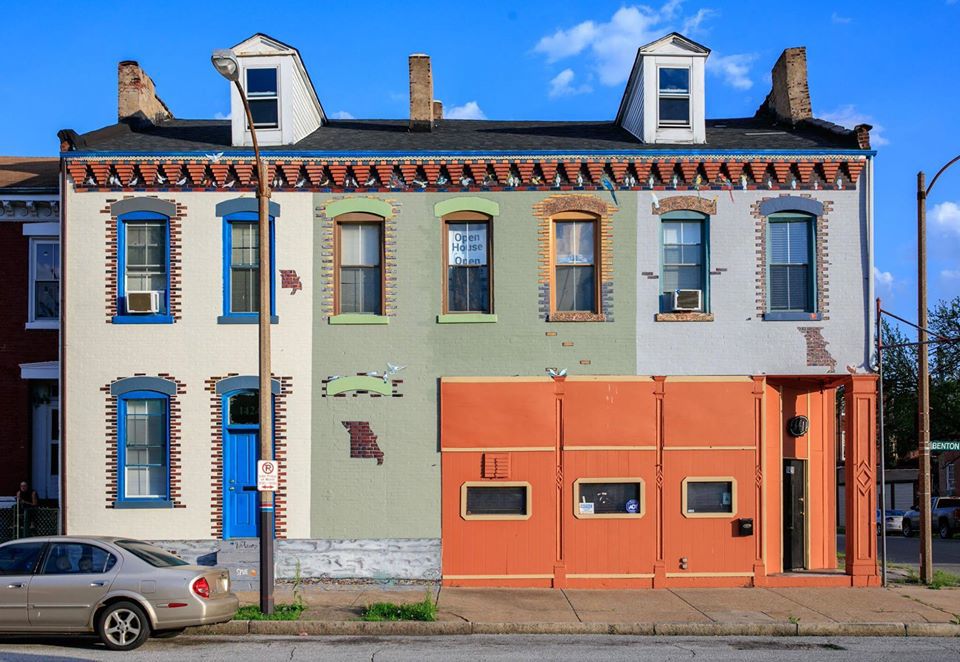 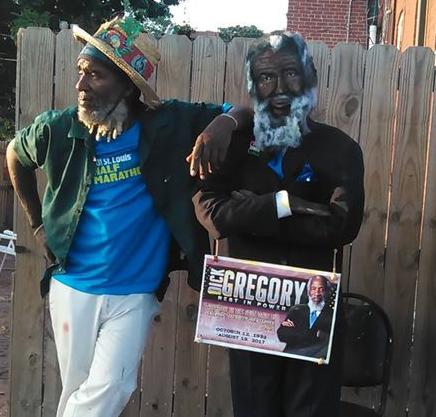 This story was produced in partnership with the Pulitzer Center

The pandemic has all but stolen Jamaica Ray's livelihood, but he refuses to let it crush his spirit. For two months, Ray had nowhere to play his steel drums as he had been doing for the last several years in front of the iconic century-old Crown Candy Kitchen. Before the government shut businesses down, Jamaica earned tips from appreciative patrons as they waited for as long as an hour to get their sandwiches, ice cream treats and other delectables.

“I’m 63 years old, mon, a senior citizen. That’s who it (the virus) catches. People want to shake my hand, get close to me, play my drums and take pictures. I can’t take chances.”

Owner Andy Karandzieff has reopened Crown Candy for curbside and walkup services only. Ray has started up again as well, but cautiously. With social distancing and a fear factor involved in patronizing dine-in restaurants, his take in tips is likely to be smaller.

Jamaica Ray’s story is part of a series about people who live in 63106, a zipcode that has been identified as ranking last in our region for social determinants of health. Lots of factors go into that ranking, but all you really need to know is that on average people living in 63106 will die sooner than most anyone else in metropolitan St. Louis. Based on data from the 2010 census and the St. Louis Department of Health, the life expectancy of a child born in 63106 is 67 years old, compared to 85 years old in 63105 – that would be Clayton, the St. Louis County seat located six miles west of 63106.*

Now add to this toxic stew the looming threat of a pandemic that impacts everyone but will fall most heavily on African-Americans whether or not they actually get sick with the disease.

Jamaica Ray is a man currently in good health, but of humble means. He gets around on the Metro bus or his dependable, silver and blue Northwoods Pomona bicycle. Fortunately, Jamaica says he has none of the underlying medical conditions like heart or lung disease or diabetes that place older citizens at a higher risk for developing more serious complications from COVID-19. Still, he has no health insurance. Instead, Ray relies on the services of Gateway to Better Health, a temporary health care program for uninsured adults in the city and county. He won’t be eligible for Medicare until he turns 65, so a question arises: What will  if he has symptoms of  the virus?

“I think most people know that if they get sick, they should call an ambulance and go to the hospital. If you don’t have insurance, they’ll take care of you, right?”

His question speaks to a dire reality that impoverished blacks in 63106 and throughout the nation face during this pandemic. Accessing health care and understanding the regulations can be challenging.

Ray is among the individuals living below the poverty line who have little choice but to rely on emergency rooms, federally qualified health centers (FQHCs) or outpatient care for immediate care.

Recently, the CDC released a report revealing that 30 percent of COVID-19 patients are African American, though they only make up 13 percent of the U.S. population. Blacks also make up the majority of coronavirus cases in St. Louis city and county.

Local media has been all over this story, and Ray keeps up with the news. He describes himself as an “analyzer” who acts accordingly. News reports prompted him to close his operation outside Crown Candy weeks before the city imposed social distancing measures.

“When they closed China, I thought, ‘What do I care about the price of tea in China?’” Ray said. “Then it hit Europe, then New York City. Wait a minute, now! Nobody had to tell me twice; there’s a virus out there! When they locked down the whole world, I adjusted.”

His adjustment included wearing gloves and masks or wrapping one of his classic wool scarfs around his face when he went to the grocery store or rode the bus.

“I use the bus big time! And I noticed a lot of people weren’t wearing masks. So, I used my scarf. I tried to always sit close to the door because every time it opens, a little fresh air comes in. I also learned how to hold my breath for a few seconds if people passing by got too close.”

Ray is nothing if not resourceful. He learned to live frugually after his mother and father split when he was a child. She left St. Louis and took her son with her back to her hometown of Granville, a small community on the outskirts of Montego Bay. As an 8- or 9-year-old, Jamiaca said he was immediately captivated by Caribbean culture.

“It’s the life, mon. The people are poor, but it seemed to me, they were always happy; even the kids seem happier,” Ray said. “Everywhere is ocean. Everybody knows one another. There were no kitchens in the houses where I lived. So everybody shared an outside stove. People would shout, ‘Hey, what you cookin’, mon?’  I miss that life.”

It was in Granville where Jamaica Ray took to a tradition that originated in Trinidad and Tobago of transforming empty oil drums into steel drums (also known as steelpans). At an early age, he learned to pound the bottom of those drums into a bowl-like shape and use a wooden hammer to create indentations in the metal that make distinct sounds when struck with rubber-tipped sticks. He also taught himself how to play the piano and guitar.

In 1979, Ray returned from Jamaica to the U.S., eventually settling in Orange County, Calif. In the 20 years he lived there, he got married and had four children. He worked multiple jobs but mostly did machinist work that, he said, rarely lasted for more than a year.

“Once the government contracts ended, they usually let us go,”  he recalled

The only details Jamaica offered for his marriage ending was, “sometimes love grows, sometimes love goes.” He was equally elusive about his kids’ whereabouts and unwilling to share his last name.

In 2013, he came back to St. Louis to help care for his father, who was battling stomach cancer. He moved in with his sister on Herbert Street in Old North, surviving off gigs with local musicians and tips he made playing his steel drums in front of the 14th Street Gallery, a block from Crown Candy.

That’s where Karandzieff discovered him and suggested Ray might earn more entertaining the crowds under the restaurant’s green and white awning. Karandzieff, who noticed Ray hauling equipment with his bicycle or his sister’s car, gave him a key to a small space next door to the restaurant. It’s from that cubby where he holds court six days a week, playing music, making life-like mannequins out of cotton and old silk stockings, or snapping pictures with waiting customers.

The shutdown gave Jamaica Ray the opportunity to focus on his other creative pursuits.  For the past few years, he’s been painting tropical, historic and cultural images and designs on the exterior of a building in the Old North neighborhood. It was a furniture store in the late 1800s. In the 1950s it became an inn that provided accommodations, food, and drink for travelers. Vincent Taormina bought the building in 2006 and converted it into a space with one- and two-bedroom apartments. Taormina, who met Ray outside Crown Candy, said he and the artist have become fast friends.

“I told him about my historic buildings,” Taormina recalled. “He rode his bike to see it and as he walked into the courtyard he said, ‘Vince, mon, … let me put art on this old building. I will bring it to life, bring meaning, and put a smile on people’s faces.’”

Taormina loves Ray’s smile, sunny disposition and passion and energy for art. “I believe he will be a catalyst to bringing more artists to this beautiful part of the city,” Taormina said.

Ray says that for him the pandemic has awakened the spirit of Marcus Garvey, the Jamaican-born political activist, publisher, journalist, and entrepreneur who preached black economic independence.

“Garvey was about controlling our own destiny. So, I started thinking, ‘Wait a minute, mon. I gotta start controlling what I’m doing more; not depending on anybody.”

Now that he receives what he refers to as his “social” (Social Security), he plans to buy a car and spread his wings. He’s learning how to sell his drums, mannequins and art online. “That’s social distancing right there,” he joked. He’s staying at Crown Candy but is seeking another venue that can benefit from his creative work. As things return to normal, he’s hoping his popularity with customers will help a hard-hit business rebound.

Jamaica finds joy even in the shadow in the of the pandemic.

“Oh, mon, I have a great life. It’s not forced, it’s easy. I can paint all day, play my music all day and be around people when I choose. My life is 100% tropical.”

*Data provided from the For The Sake of All report on the health and well-being of African Americans in St. Louis, produced by Washington University and Saint Louis University.

I have been writing about 63106 – one of our city’s most impoverished tracts – for almost as long as I have lived there. But never at the same time.