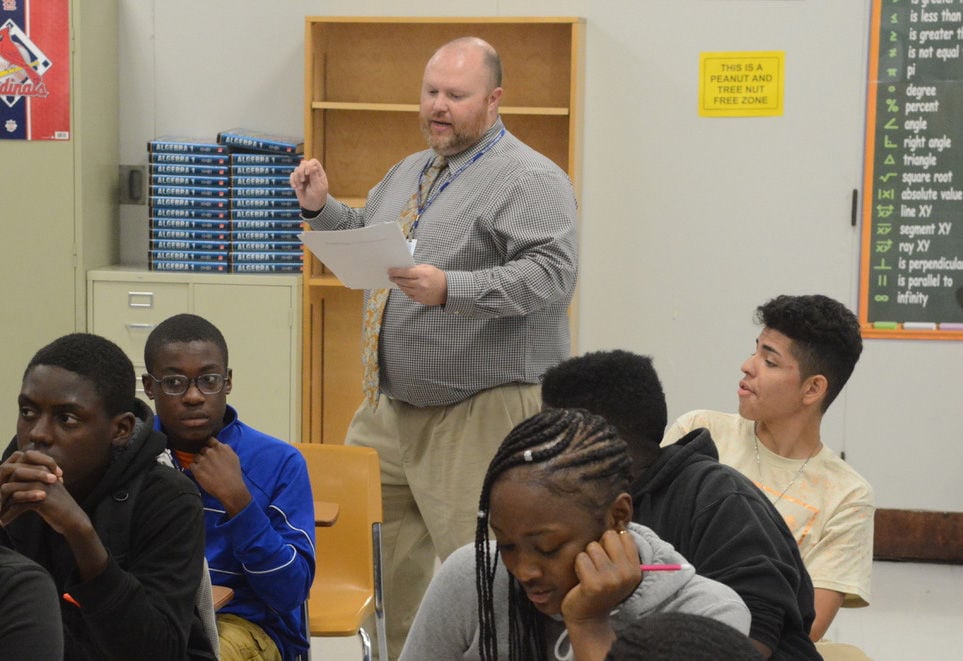 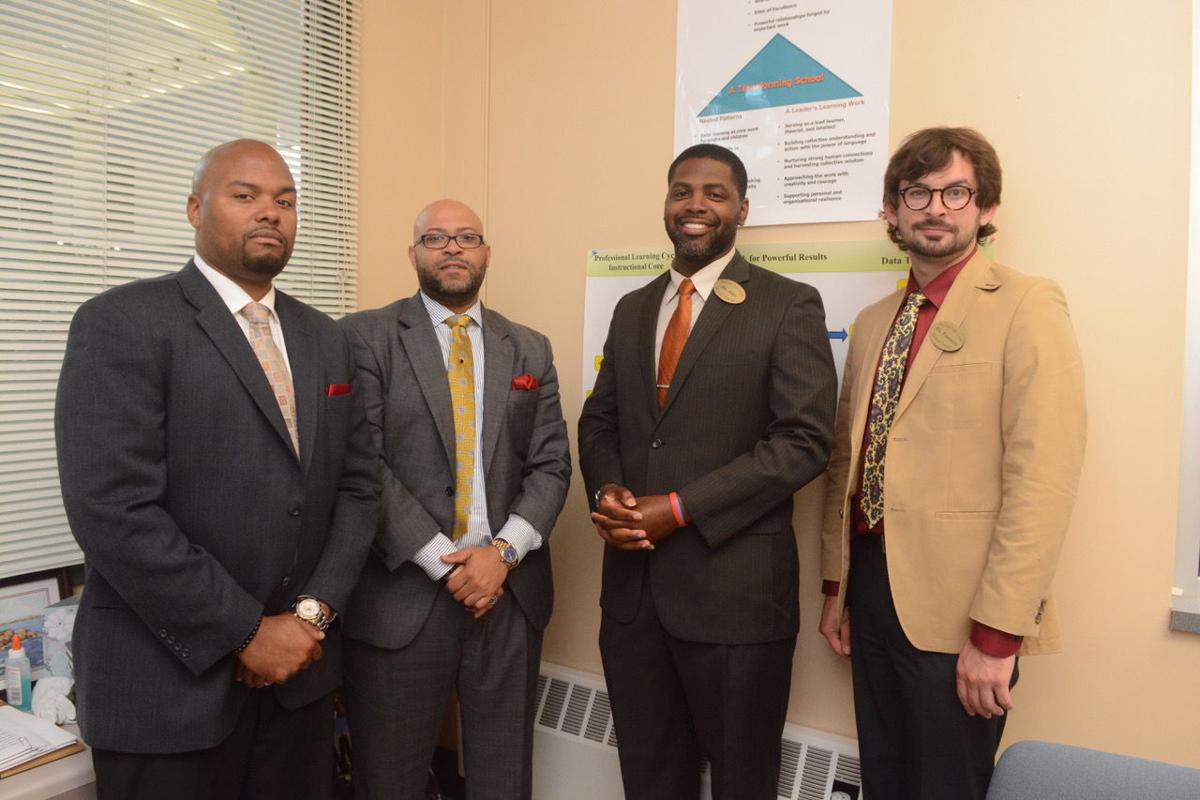 At McCluer High School in the Ferguson-Florissant School District, incoming freshman are having a new kind of high school experience, one that separates them in freshman-only classes and a closed wing of the school for their first year.

The program, called the Freshman Academy, is intended to make sure students spend their freshman year learning to adjust to high school, developing good academic habits, and most importantly, passing all their classes.

McCluer’s principal, Cedric Gerald, said the district’s data shows that once a student fails one class, their chance of not graduating from high school triples. That makes the Freshman Academy a kind of early intervention program, aimed at making sure students start on the right foot and McCluer’s teachers and administrations identify who is struggling, and why.

“This is an effort to make sure that problem does not begin in the ninth grade year,” Gerald said.

The program’s main goal is to increase academic success, with the goal of eventually meeting the district’s goal of a 100 percent four-year graduation rate.

Tracee Lewis, now the Freshman Academy principal, started out at McCluer as a senior principal. Many of the students she worked with were not on track to graduate on time, due to failing classes earlier in their high school careers.

“I was trying to recover students, to get them to graduate through summer school or to graduate as four-and-a-half-year seniors or fifth-year seniors,” Lewis said. “We saw the need to begin at the beginning.”

While the focus is on academic success, the program’s philosophy involves addressing many factors that can lead to difficulties and delays. It emphasizes building relationships between students and adults, closely monitoring academic progress and slowly introducing freshmen to the regular flow of high school.

“In order for a student to be successful, we have to teach what that looks like in high school, because it is quite different from middle school,” Lewis said. “We are spending a lot of time teaching the expectations in a centered environment where they’re not necessarily exposed to older students who have kind of learned a way around the system.”

The program is based largely on research ideas derived from the University of Chicago’s Freshman Success Institute; several administrators in the Ferguson-Florissant district, including Gerald, attended a conference on their ideas. After that, McCluer put together a program within eight months.

Sarah Winstead, a science teacher at the Freshman Academy, has been teaching freshmen at McCluer for five years. The requirements, she said, are very different from those for teaching older students.

“I have seen year after year the struggle through that transition,” Winstead said.

Key’Mon Jenkins, a current student in  the Freshman Academy’s inaugural class, said he likes the program so far and thinks interacting with a smaller segment of students will be a positive experience.

Jenkins is a member of the Honors Cohort, a group of above-average students who attend all four classes together throughout the day. He said he thinks dividing classes this way will be helpful both for students like him and those who struggle academically.

Winstead said she hopes the more structured nature of the Freshman Academy will help students understand the resources available to them, as well as provide a better introduction to the expectations of high school.

Gerald said it’s important to talk about the many factors that influence education, including race. Most of the students at McCluer are African-American. Gerald believes schools are often an environment where students and educators feel uncomfortable discussing race and current events, but he wants to change that.

“It manifests in ways that are not healthy, because nobody talked about how you respond to an officer of the law,” Gerald said. “So you watch this play out in the news, you come back to school and nobody still talks about it. And you think, ‘Why did that kid do that?’ Well, just maybe, we can talk about it in class.”

Gerald said one of his biggest goals is to rewrite the narrative about what educators in North County can accomplish.

“We’re doing work that is going to change how we educate children, and it’s worth talking about,” Gerald said. “If nothing else, what this is going to do is begin a dialogue for what we can do different to educate children better right here in St. Louis.”

Cardinals now have 13 cases of COVID-19