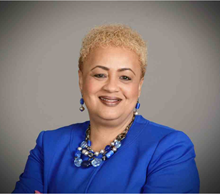 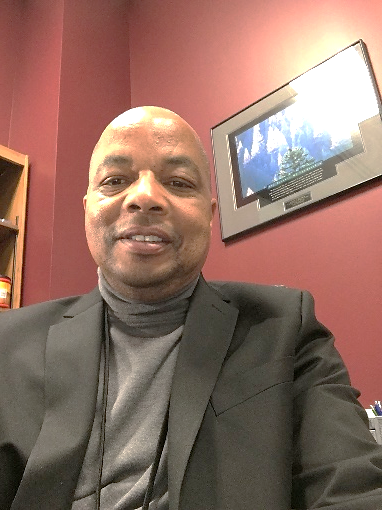 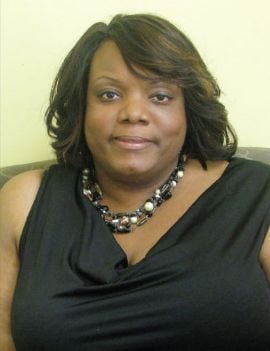 St. Louis County is getting more black leadership in its courts.

Hope Whitehead – the first African American selected the 21st Circuit’s judicial administrator by the judges – hired attorney Celestine Dotson as Supreme Court Municipal Court monitor for the 21st Circuit. Dotson will be responsible for monitoring the day-to-day operations of more than 70 municipal courts in St. Louis County, assisting them in maintaining local and state court standards.

While they are divisions of the 21st Judicial Circuit, for years the municipal courts in St. Louis County’s dozens of municipalities operated independently with little oversight, leading to widespread abuses that were broadcast in an ArchCity Defenders’ white paper early in the Ferguson unrest. The Ferguson Municipal Court’s abuses of the public were further detailed in the Department of Justice’s report on Ferguson in 2015.

Also in 2015, the Supreme Court of Missouri issued minimum standards for municipal courts in response to charges by ArchCity Defenders and others that municipal courts were unconstitutional debtors’ prisons. Subsequently, several small municipal courts consolidated their operations, and Hillsdale and Kinloch transferred their cases to St. Louis County Circuit Court.

Dotson has 20 years’ experience as a solo practitioner handling criminal, traffic, municipal and domestic relations matters. She previously worked at the Cochran Law Firm in St. Louis, and was a staff attorney at Missouri Protection and Advocacy Services in Kansas City. She received her law degree from the University of Illinois Urbana-Champagne.

Also, before she retired in February, then-Presiding Judge Gloria Clark Reno – the first African American to lead the 21st Circuit – named another African-American judicial trailblazer to a leadership role. Circuit Judge Sandra Farragut-Hemphill, who in 1991 became the first African American appointed to the circuit court bench in St. Louis County, is the new administrative judge of the St. Louis County Family Court. She also is the first African-American judge to lead the circuit’s Family Court.

The Family Court exclusively hears cases involving children and families; all matters involving a particular family are assigned to the same judge or commissioner whenever possible.

Prior to her appointment to the bench, Farragut-Hemphill was associated with the law firm of Bell, Harris, Kirksey & Thomas and was a partner in the firm of Cahill, White & Hemphill. She worked as an assistant county counselor for St. Louis County and as a staff attorney at Legal Services of Eastern Missouri. She is past president of the Missouri Association of Probate and Associate Circuit Judges, the first African American to lead the organization.

The Family Court operates the Juvenile Detention Center. Hemphill has appointed Chief Juvenile Officer Rick A. Gaines to oversee the operations of the Juvenile Detention Center. Before joining the Family Court in 2017, Gaines was the Disproportionate Minority Contact Coordinator for the Missouri Juvenile Justice Association. He also served as the Chief Juvenile Officer for the 13th Judicial Circuit (serving youth and families in Boone and Callaway Counties) and Superintendent of the Robert L. Perry Juvenile Justice Center in Boone County. Gaines holds a BS in Criminal Justice from Lincoln University in Jefferson City.