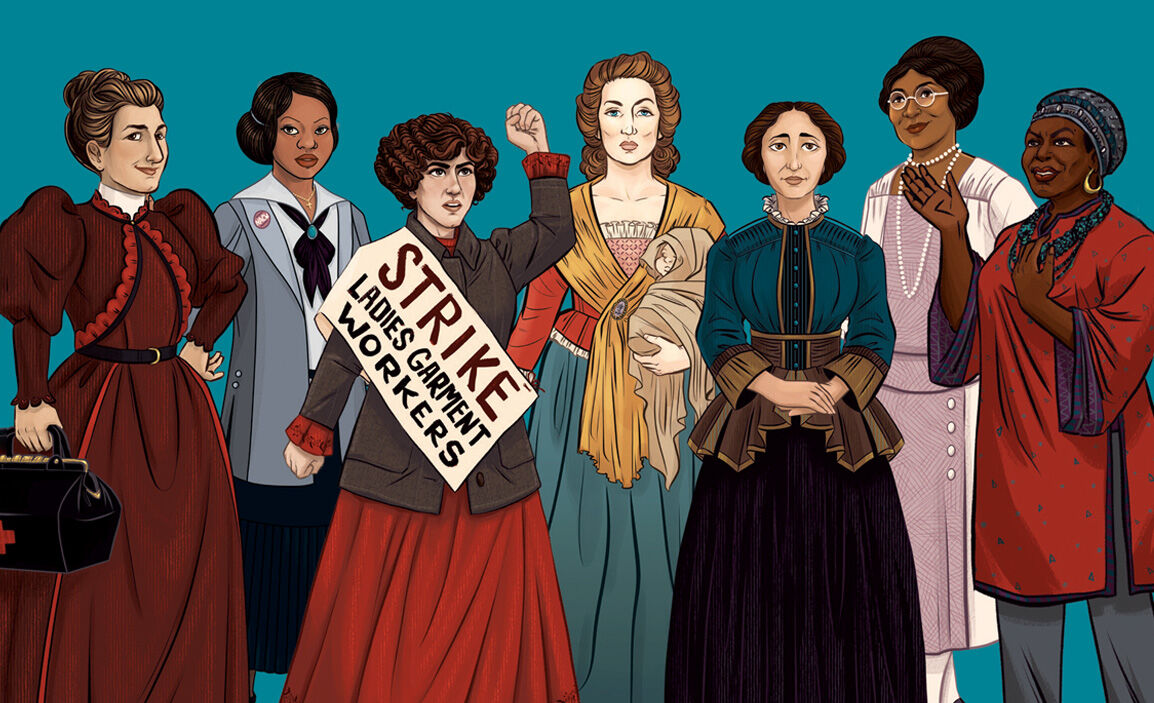 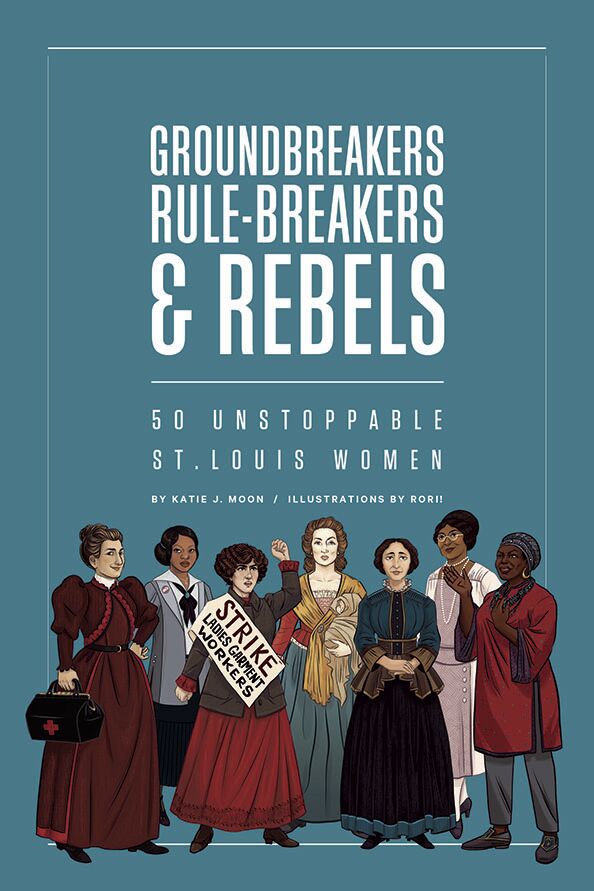 “These stories really are just a small representation of the countless ways that women created change in St. Louis.” – Katie J. Moon

The book is a companion to Beyond the Ballot: St. Louis and Suffrage, open now through March 20, 2022, at the Missouri History Museum. This is the second collaboration for author Katie J. Moon and St. Louis artist Rori!, who worked together as content lead and illustrator, respectively, on Beyond the Ballot.

Moon, an exhibits manager at MHS, emphasizes that this book is unique in its specific focus on St. Louis women. “When we decided to highlight individual women in the Beyond the Ballot exhibit at the Museum, it seemed like a natural step to create a book that included most of those women as well as 25 more. Too many of the histories of St. Louis overlook the impact and contributions of individual women to the growth of the city. Hopefully this book is the first of many that highlight those stories and brings them to the attention of the general public.”

“With both the exhibit and the book, I expected that my biggest challenge would be finding enough women to highlight,” she says. “Much to my surprise (and delight), the number of women who deserve to be included is in the hundreds. The true challenge was determining which 50 made it in. These stories really are just a small representation of the countless ways that women created change in St. Louis. My goal was to include both well-known and largely unknown women from all walks of life, and to tell as much of their complex stories as possible. It might be less than scientific, but I often thought about who I would most like to chat with over a cup of coffee.”

By taking a closer look at decades of St. Louis women from every race, class, and creed, a richer picture of the entire city’s history begins to emerge. One third of the St. Louis women profiled are Black. Moon explains, “The more I read and research St. Louis history, the more I’m blown away by the strength and resilience of Black women in this city. They’ve consistently been ignored, mistreated, and underestimated, and yet we have women like Esther, Priscilla Henry, Annie Malone, Julia Davis, Maya Angelou, and more, who broke so many barriers and paved the way for future generations.”

Each of the trailblazing women in this book faced a host of specific obstacles and restrictions in their chosen fields that existed solely because of their gender. Their victories were all hard won and well earned. Groundbreakers, Rule-breakers & Rebels not only expands the story of women’s suffrage beyond the fight to win the right to vote, but also reveals how generations of fearless female fighters can be found throughout American history, in any city where you might look.

“I hope that readers will be surprised, challenged, and inspired by the lives of the women they read about. We need to know the names of more women in St. Louis history—and their specific contributions. Even if readers remember just one woman and her story from the book, I’ll count it as a success and a huge step in the right direction,” Moon concludes.

On Thursday, November 5, at 7 p.m., meet Katie J. Moon, author of Groundbreakers, Rule-breakers & Rebels: 50 Unstoppable St. Louis Women, at a virtual author event presented by St. Louis County Library and HEC Media. Visit slcl.org/content/upcoming-authors for more information. Books can be purchased for $14.95 at the Missouri History Museum Shop at (314) 454-3172 or mohistory.org; on Amazon.com; and at area bookstores.