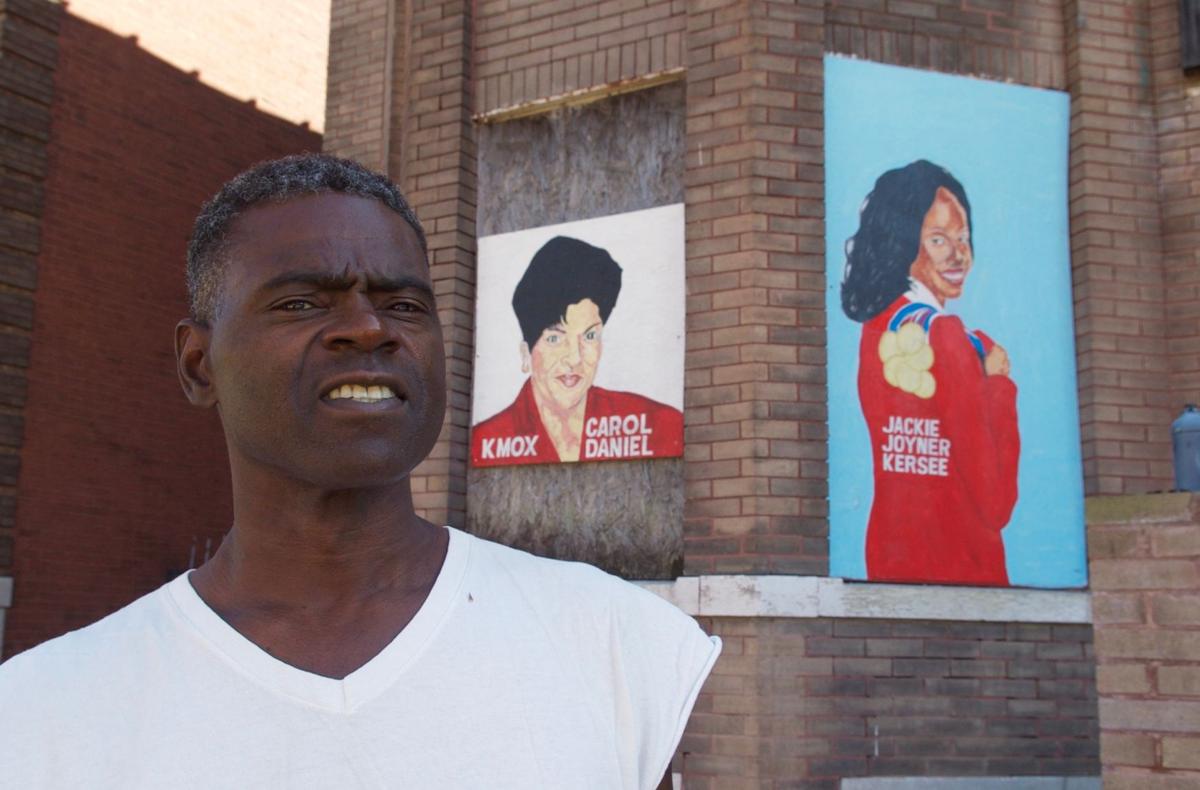 Local artist Chris Green poses in front of his portraits of Carol Daniel and Jackie Joyner-Kersee. 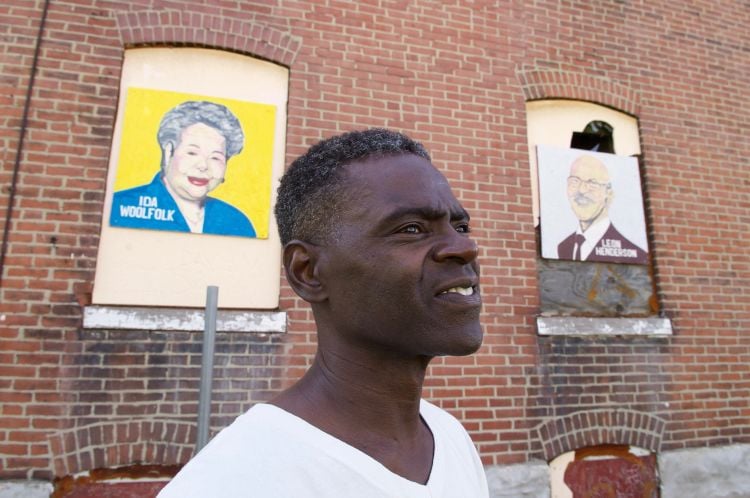 Local artist Chris Green poses in front of his portraits of Ida Woolfolk and Leon Henderson.

Local artist Chris Green poses in front of his portraits of Carol Daniel and Jackie Joyner-Kersee.

Local artist Chris Green poses in front of his portraits of Ida Woolfolk and Leon Henderson.

St. Louis is often described in the black community as a “city of haters” that does not properly recognize and reward its own, but local artist Chris Green is not content with that sentiment.

Green, 56, who grew up in the Ville and graduated from Sumner High School, has for years painted large portraits of successful black people from the St. Louis region and positioned them publicly in black neighborhoods.

“I had the idea of putting dignitaries on derelict buildings as a positive image, to show that people from tough neighborhoods can become respectable citizens,” Green said.

When James Clark, vice president of community outreach for Better Family Life (BFL), became aware of Green’s work, he saw that it fit the non-profit’s mission of community uplift and could contribute to its Page Avenue Beautification Project. BFL paid Green a modest commission to paint portraits on sheets of plywood and funded his materials.

Now, as you move west on Page from Kingshighway Boulevard, dozens of portraits painted by Green in acrylic stare out from the doorways and windows of abandoned homes. Eventually his portraits of local African Americans will extend all the way to the city line at North Skinker Parkway.

But you don’t have to be a star to be in his show. Community organizer Ollie Stewart, director of the Southside Wellness Center, activist Jamala Rogers and business executive Richard J. Mark, president of Ameren Illinois, appear alongside celebrities like Nelly, the Spinks brothers and Redd Foxx. They are all, to him, faces of hope.

“I paint positive images on abandoned buildings, so people see something other than negative graffiti and gang signs,” Green said. “I want to give hope to people who come from neighborhoods like this.”

Green is certainly not speaking down to residents of the North City neighborhood that lines Page. He himself lives on the street, right across from one of the buildings with his portraits, a couple of doors down from an abandoned church stripped of its copper, with gang signs painted on its windows.

He does not paint out on the street, but rather at home, and then moves the painted plywood to its destination. Since he lives in the neighborhood, it is easy for him to go around and touch up his work. On Monday, September 12, he was seen touching up the name of Pearlie Evans, longtime district director for Congressman Bill Clay Sr. He particularly wants youth to be able to see the names of the dignitaries, in hopes that they will search for more information about them.

This is not his livelihood. He has a job, working in a storeroom for the city’s Division of Recreation. He admires his boss, Evelyn Rice-Peebles, enough to have painted her. He respects himself and loves his daughter, Julia, so much that he proudly included their group portrait on a derelict building across from the meticulously maintained house where he lives with his mother.

His love for his entire community pours out of him with a purity more often found at church. “I stay up with current events in the community,” he said. “I stay active. I go to forums.” He is, in every sense, an engaged citizen of St. Louis.

While he has not received much recognition for his work recognizing individuals in the community he loves so much, he has the best possible evidence that his paintings are appreciated by the people he is trying to reach.

“I have never seen any graffiti on any of my paintings,” Green said. “And my paintings have been out in some tough neighborhoods.”

ESL cheerleaders were punished for defending themselves