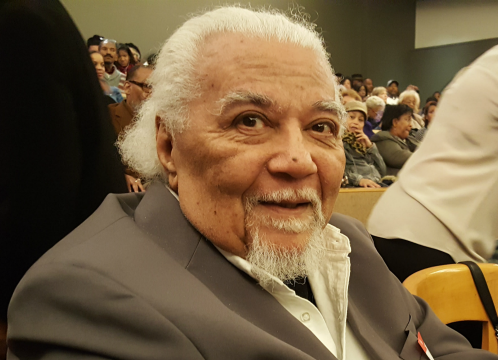 “I don’t think you can build a facility and just take the name ‘Homer G. Phillips Hospital’ and put it on a new structure without having it examined by people with the closest ties to the hospital,” said Earle U. Robinson Jr., MD. 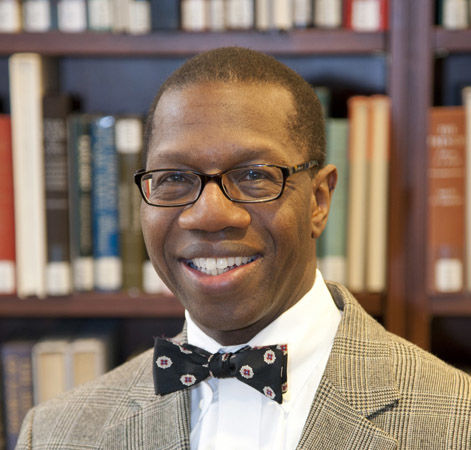 Perhaps no one living has a closer to connection to Homer G. Phillips Hospital, St. Louis’ historic black teaching hospital that was closed in 1979, than Earle U. Robinson Jr., MD. His namesake father reported to the hospital in 1937 as part of its first group of interns, and Robinson followed him there in 1958 for a four-year residency in OB/GYN.

Robinson’s living-legacy connection to the hospital is no musky secret buried in an archive or the memories of obscure elderly people. Rather, his story is told in a documentary film, “The Color of Medicine,” that received widespread local publicity when it premiered at the Missouri History Museum in 2018.

So Robinson is trying to understand why a real estate developer who has stated plans to revive the hospital’s name for a small new facility has not contacted him or anyone else he knows connected to the historic hospital to find out what they think about the idea.

“I don’t think you can build a facility and just take the name ‘Homer G. Phillips Hospital’ and put it on a new structure without having it be screened or examined by people with the closest ties to the hospital, especially those who worked there or who lived in the Ville,” Robinson told The American.

“I definitely wouldn’t want someone to do a hospital as part of a real estate deal for whatever reason and attach the name without some input from those who feel the most deeply about memorializing Homer G. Phillips Hospital.”

It added another level of puzzling irony that the developer plans to erect the new facility in the footprint of the former Pruitt-Igoe housing projects, which were demolished in 1972.

“I lived in Pruitt-Igoe,” Robinson said, reciting the address from memory: “2311 Dixon, Apartment 103. I lived there for five years. That was before it went down and became a slum.”

Robinson is not alone among people with a deep connection to Homer G. Phillips who wonder about the motives of the developer in question, Paul McKee Jr. Will Ross, MD, MPH, who is co-authoring a book on the hospital’s legacy, wrote a tart letter to McKee on December 16.

“I recently read about the effort to name the proposed new hospital in North St. Louis the ‘Homer G. Phillips Hospital,’” Ross wrote to McKee. “This is a mistake; at best it is cultural appropriation, at worst it is frank cultural insensitivity.”

Unlike Robinson, Ross is not a retiree living in Indiana. He is professor of Medicine in the Division of Nephrology, associate dean for Diversity and principal Officer for Community Partnerships at the powerful Washington University School of Medicine.

Though McKee would know Ross well – McKee recently chaired the board of BJC HealthCare, the medical partner of the medical school – he has ignored Ross to this point, even after follow-up phone calls.

“I made several calls to Paul McKee, which were never returned,” Ross said.

The American also asked McKee and a spokesman for Mayor Lyda Krewson, who was copied on Ross’ letter, for a response. Neither has responded.

Krewson, whose spokesman learned about the letter from The American, did respond to Ross.

“I got a call from Lyda Krewson, who agreed that the name was chosen to placate the African-American community and get ready buy-in,” Ross said. “She thought it was culturally insensitive.”

The “buy-in” in question relates to much more than McKee’s proposed medical facility – which, to be clear, will start as nothing more than a three-bed urgent care facility. The St. Louis Board of Aldermen has approved nearly $8 million in incentives for this modest development. This is in addition to hundreds of millions of state and city tax incentives for McKee’s much-prolonged NorthSide Regeneration project, of which the urgent care center (and, purportedly, eventually a hospital) would form a part.

McKee’s development plans in North St. Louis were first exposed at the land-assemblage phase by local architectural historian Michael R. Allen all the way back in 2005. Something Allen told St. Louis Magazine about McKee a decade ago resonates as McKee ignores Ross’ warnings about his choice of name for his three-bed urgent care center.

“There are a lot more ruthless and evil developers out there than Paul McKee,” Allen said. “The biggest problem with him is that he doesn’t listen to good advice.”

There are many more people other than Ross and Robinson who would like to give McKee a good piece of their advice about his name for his three-bed urgent care center.

“The Homer G. Phillips Nursing Alumni Association called me,” Ross said, “and were also indignant that the name was appropriated without community input.”

Here is some more of the good advice that Ross delivered to McKee in his letter, along with a history lesson.

“The legendary Homer G. Phillips Hospital in the Ville neighborhood was a cultural icon, the pride of not just North St. Louis but our entire community. It achieved the status of one of the most influential black hospitals in the country during its tenure from 1937 to 1979. It was a magnificent edifice, an architectural masterpiece, and a place of physical, mental and spiritual healing for generations of African American St. Louisans. It trained the best and brightest physicians, nurses and allied health professionals in the country,” Ross wrote to McKee.

“It should have never closed; the racially motivated effort that led to its closure tore apart the African American community and left a gaping cultural wound that will take more generations to heal. Please do not abuse the legacy of the Homer G. Philips Hospital with this paternalistic approach to placate the African-American community. This whitewashing of history is truly disrespectful.”