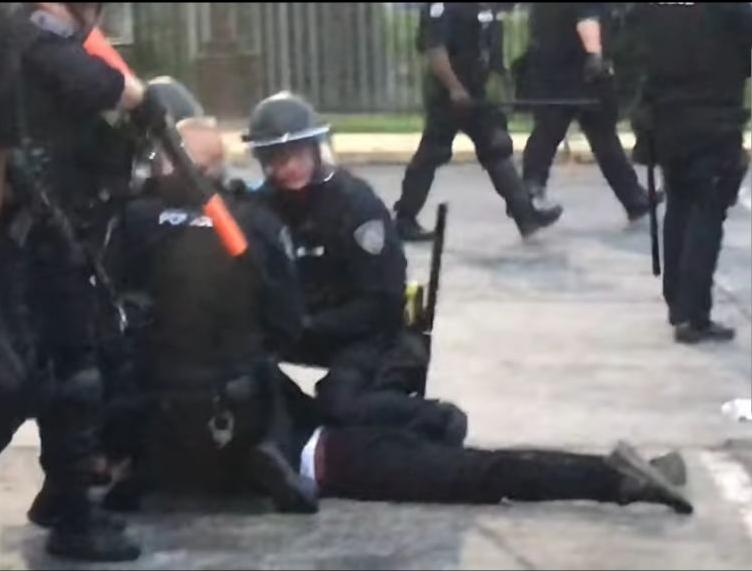 One of the 16 protestors who were arrested during a demonstration outside the Florissant Police Department on Saturday, June 27. 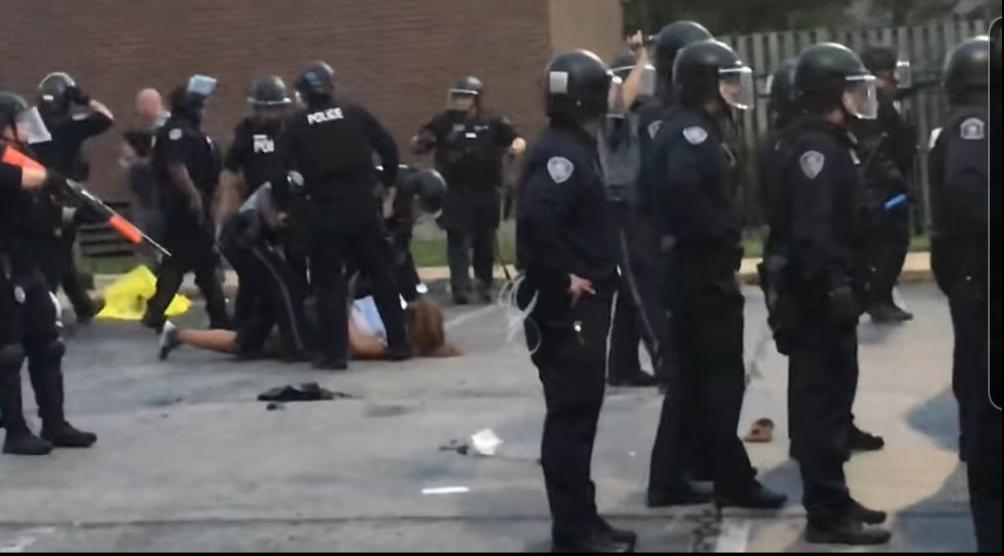 One of the 16 protestors that were arrested during a demonstration in Florissant Saturday evening.

One of the 16 protestors who were arrested during a demonstration outside the Florissant Police Department on Saturday, June 27.

One of the 16 protestors that were arrested during a demonstration in Florissant Saturday evening.

One of the individuals whose name was publicly read by Mayor Lyda Krewson during a June 26 Facebook Live broadcast was arrested during a protest Saturday night in Florissant.

The arrest – which was captured on video – took place as protestors demonstrated outside the Florissant Police Department, where activists have been in response to a man being hit with an unmarked police vehicle and physically assaulted during an arrest. The detective, Joshua Smith, has since been fired and charged with assault. But the two officers who accompanied him were not terminated or charged. The person arrested was one of 16 people who were detained and taken into custody during the protest, according to the Florissant Police Department.

More than 36,000 have signed a Change.org petition started by activist Maxi Glamour calling for Krewson’s resignation after she publicly read the names and street addresses, and in some cases wards and cities, of several dozen citizens who have requested that the city defund the police department. The video has since been deleted and Krewson issued an online apology.

Public officials and community activists have publicly stated their disapproval of Krewson’s decision to expose private citizen’s personal information during a social media broadcast. The ACLU of Missouri called it “shocking.”

“To be clear, it is shocking and misguided for Mayor Lyda Krewson of St. Louis, to broadcast the addresses of those who dare to express a different viewpoint on an issue of public concern. It serves no apparent purpose beyond intimidation,” read a statement issued by Sara Baker, the group’s political director.

One of the people exposed by Krewson said “doxxing” by the city’s top leader puts city residents in harm’s way, especially exposing them to police action. Doxxing is defined as “the publishing of private or identifying information about a particular individual on the Internet, typically with a malicious intent.”

“That kind of signaling from the mayor to the police force, who we already know from experience has intimidated people, is frightening,” they said. “There’s a lot of scary white supremacists and Nazis and trolls on the Internet but the police are a whole other layer. Those folk have even more tools to potentially harm and harass.”

The person publicly named by Krewson said they are especially concerned about the risks for Black protestors given the climate of racial justice demands. The protestor who was arrested is a well-known activist in the community and is African American.

“The Black organizers' lives are at considerable risk,” they said. “These are people who are specifically protesting a racist system and at this point it’s like they have a target on their backs. I think about them. I don’t think I’m the person to be most at risk or targeted.”

This story is developing.