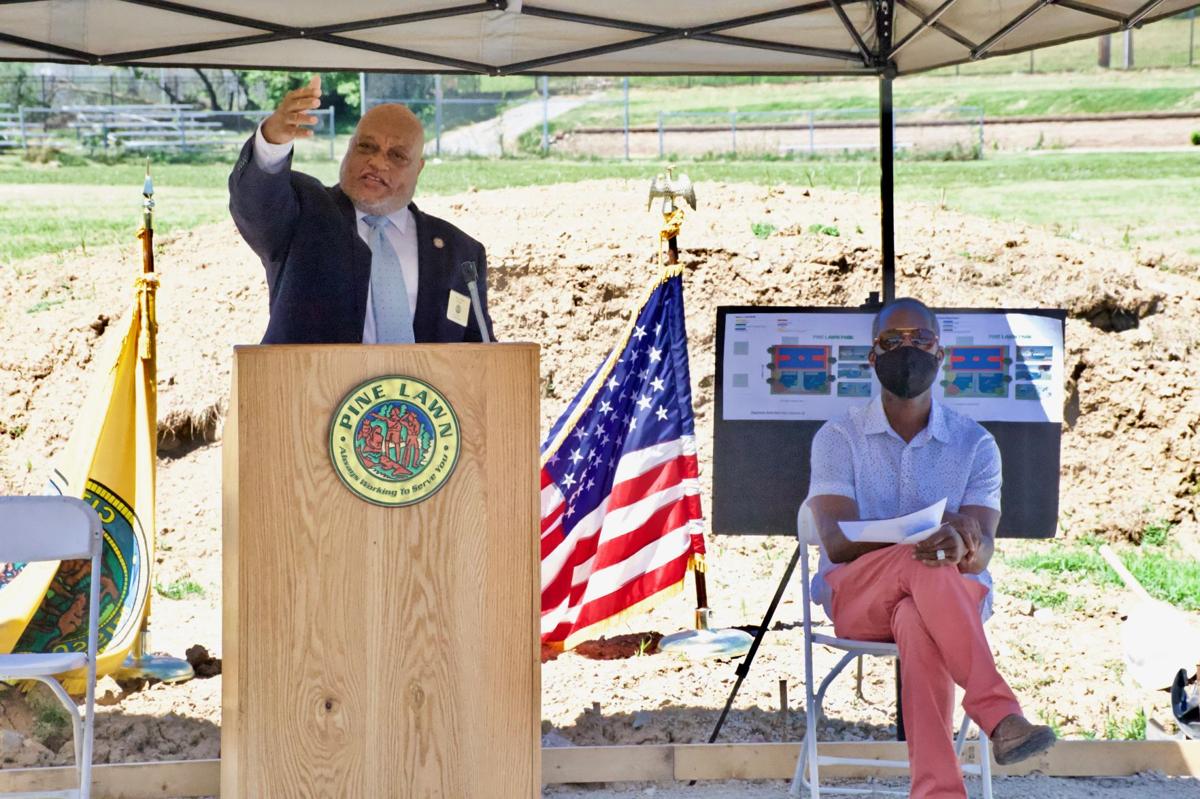 Pine Lawn Mayor Terry Epps spoke at a groundbreaking at Pelton Jackson Park on Friday, July 10 after being introduced by Rodney Robinson, consulting engineer on the project. 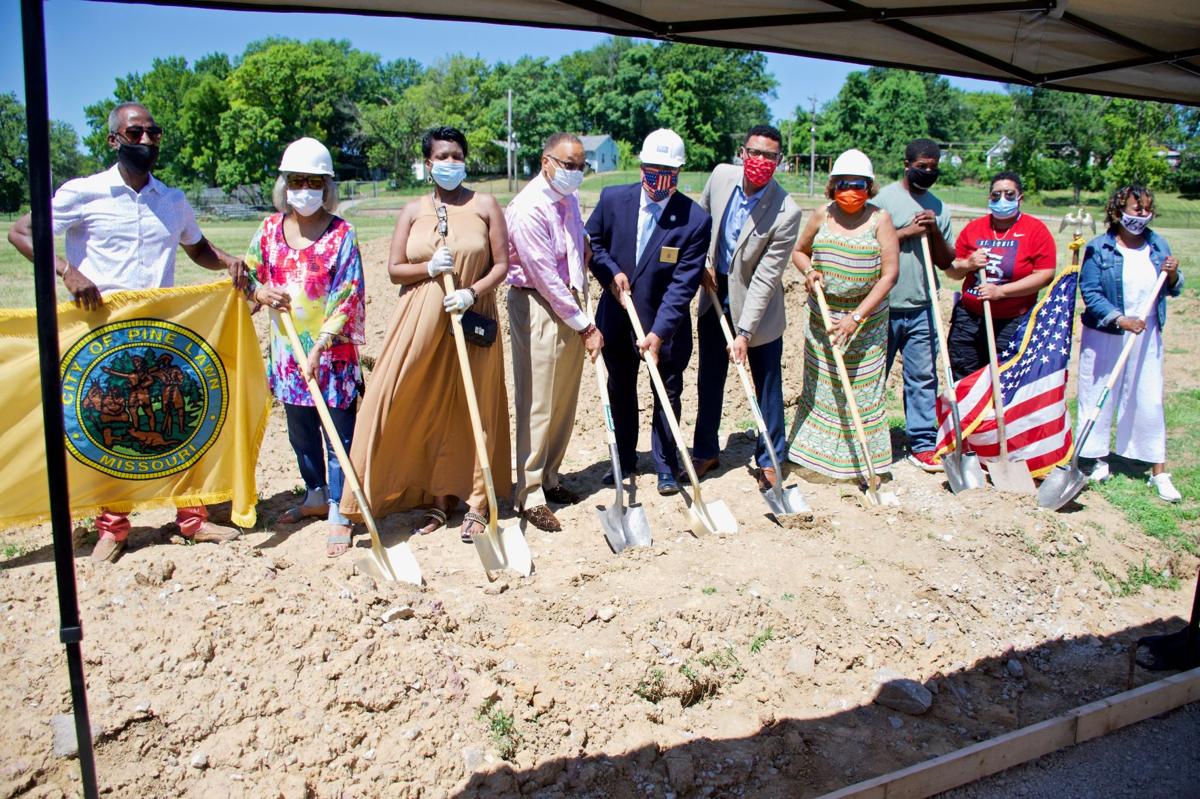 Pine Lawn Mayor Terry Epps spoke at a groundbreaking at Pelton Jackson Park on Friday, July 10 after being introduced by Rodney Robinson, consulting engineer on the project.

When a Pine Lawn resident was offered a program for the groundbreaking ceremony, he asked for another one “for my neighbor.” It was just a piece of paper announcing improvements to a small municipal park, but this was important and good news for this small North County town of 3,275 people, 96.4% of whom were Black in the 2010 Census. The median household income is about $30,000.

Pelton Jackson Park — named for a former mayor, now deceased — is getting a playground, a walking path and exercise equipment. It’s located in the 4th Ward in the municipality’s northeast corner, between C&K Barbecue and I-70.

Mayor Terry Epps welcomed a group of local children to join him at the podium before the groundbreaking with gold-embossed shovels on Friday, July 10. “Come on, babies, this is for you,” Epps said to the children. “This is for you all to have fun in a safe environment. It’s for you to have a healthy place to play.”

Pine Lawn is adjacent to the highest-crime areas of the City of St. Louis identified by Police Chief John Hayden as “Hayden’s rectangle.”

Epps said of the officers, “We’re family.” Even in this moment of intense police-community strife, the officers certainly looked like family, sitting or standing comfortably among residents and officials and applauding along to the program.

It takes a village to improve a small municipal park, it would seem. The State of Missouri and St. Louis County helped with grants. Victoria Schmitt Babb of Play 4 All raised additional funds from the Lohr family and Royal Foods. The St. Louis Community Foundation helped to fund an earlier phase of the project, and four design or construction firms are working on it.

Rodney Robinson, consulting engineer on the project, said that Pine Lawn now has municipal parks in three of its four wards. The city’s aldermen attended the ceremony but humbly could not be persuaded to speak, and they were asked many times. Worker bees, they were heard saying after the ceremony that they would meet back at the city’s Public Works — that is, go back to work improving their city.

“We want kids to be able to be kids, to play and enjoy themselves,” Robinson said. “We want families to come to the park and have barbecues. We’ll have a walking trail and exercise equipment out here. This is a big deal for us.”

Another resident crept up on the ceremony toward the end and was watching from a distance. He was already seeing future potential beyond this phase two of the park’s makeover. “That looks big enough for a ball field,” the man said. “I want to see some Little League in Pine Lawn.”

“ Pelton Jackson Park — named for a former mayor, now diseased — is getting a playground”. Well it is a Friday.