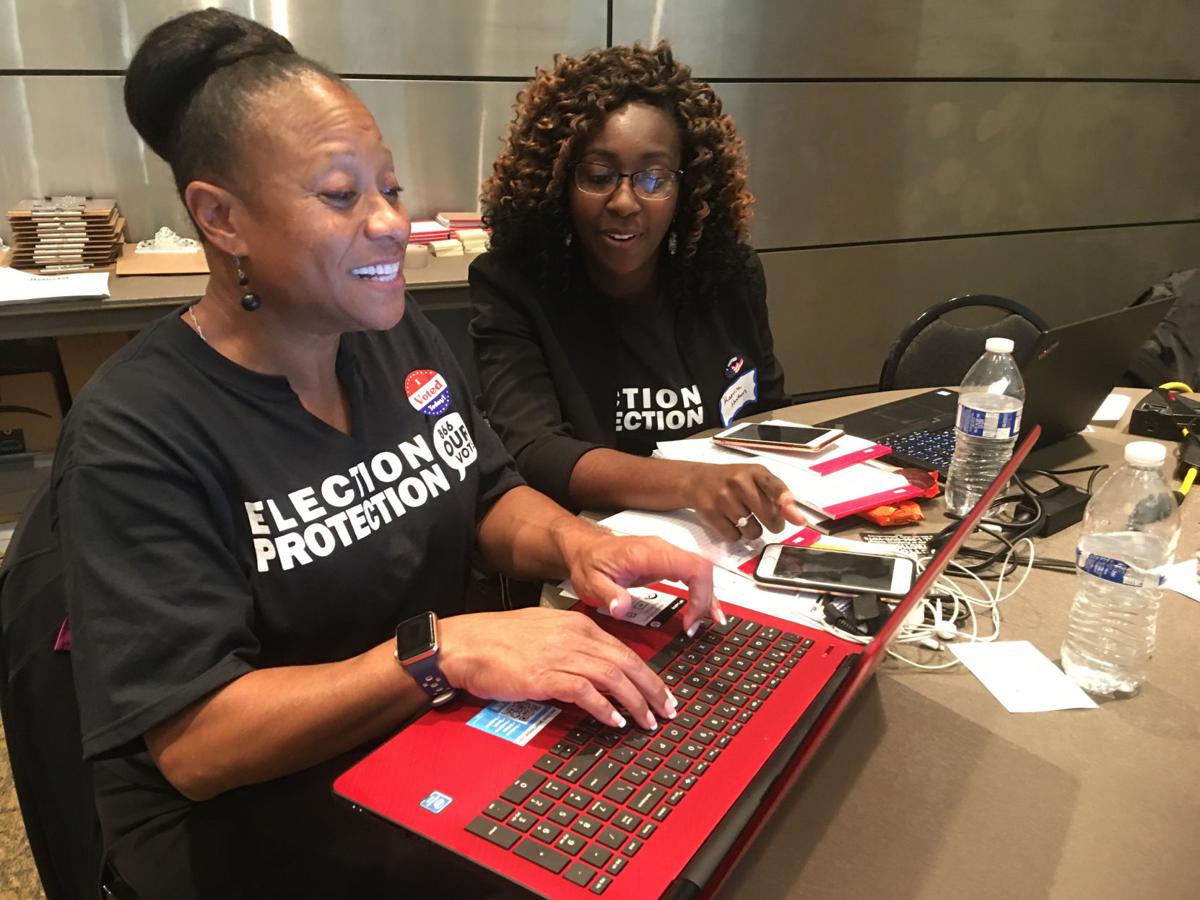 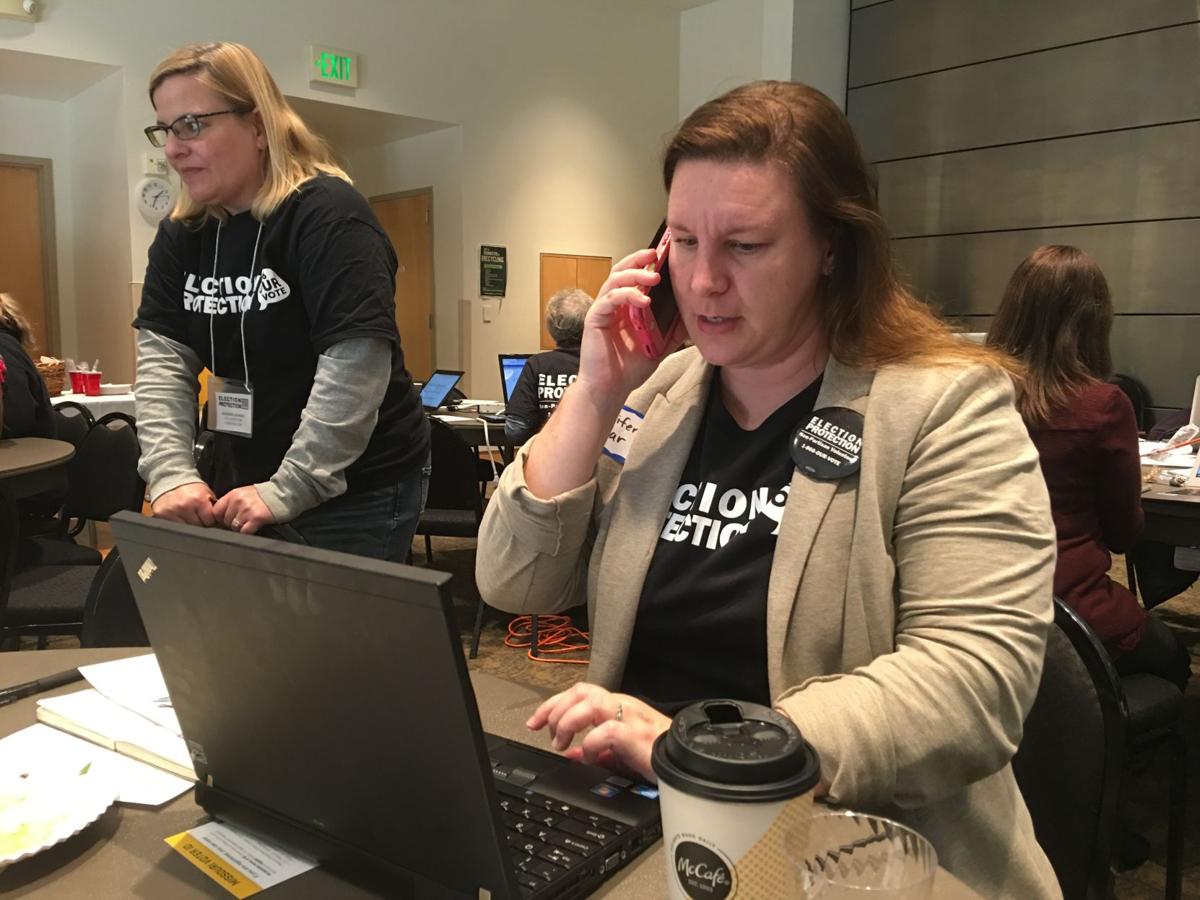 Voters are reporting that poll workers at two locations in St. Charles County are telling voters that they “don’t care” about the October court decision that did away with the photo ID requirement to vote — they are requiring voters provide a state-issued ID to obtain a ballot regardless, according to lawyers with the Election Protection initiative.

These two locations are among nine total polling locations in St. Charles County that have reportedly been asking voters to show their IDs, according reports coming through the Election Protection hotline today (866-OUR-VOTE.)

“In St. Charles, there is a pattern of voting precincts that are demanding photo IDs from voters, thereby violating the permanent injunction from the October 23 court decision about voter ID law,” said attorney Jennifer Kovar, with Kovar law firm, LLC and a volunteer lawyer with the initiative. “Voters who are savvy are challenging the poll workers and at least two have reported that poll workers have said they don’t care about the law.”

In early October, Cole County Circuit Judge Richard Callahan issued a ruling in a lawsuit that basically threw out the photo ID requirement ‒ the core of the voter ID constitutional amendment that was enacted on June 1, 2017.

Kovar has called and emailed the longtime election director for St. Charles County, Rich Chrismer. She also sent a “demand letter” that explained the reports.

“We are requesting that the county describe the steps they are taking to comply with the permanent injunction and instruct their poll workers on the proper process,” Kovar said.

As of 4 p.m., Kovar had still not received a response.

The St. Louis American called Chrismer, and he has not yet responded to a request for comment on the Election Protection reports.

St. Peters resident Sue DuBois called the hotline at around 10 a.m. and said that the poll workers at St. Peters City Centre demanded to see her driver’s license, after she handed them the voter card she received in the mail.

“I said, ‘No, the law now states that this should suffice because I have my name and address on this card,’” DuBois told the American.

The two women poll workers reiterated that they needed to see her driver’s license, she said.

“I told them, ‘What you are doing is against the law,’” DuBois said. “And they said, ‘We don’t agree with the law because we’re afraid of voter fraud. We think that anybody could bring anything in here and not be who they are on paper.”

After going back and forth like this several times, DuBois finally decided to show her driver’s license and vote. After DuBois voted, she worked a three-hour shift as an Election Protection monitor outside that polling location. She said she has volunteered in some capacity to assist at the polls and campaigns for many years.

“I want to make sure that everyone gets to vote,” she said, “and I was quite upset that what they did to me was going to continue throughout the rest of the day.”

During her shift, a young man came out and reported to her that poll workers did not let him vote because he was labeled as “inactive,” since he hadn’t voted in the last two years. DuBois said the poll workers were able to find his voter registration, and he had a photo ID with the same address that was on his registration. They told him that they would have to call the election commission and the issue would likely take two hours to resolve, she said. The man said that about five other people had been told the same things while he was there. He was about to leave without voting because he had to work, she said.

DuBois advised him not to give up and to find the supervisor. He ended up going back in and casting a provisional ballot.

“I’ve never heard of a person not being able to vote because they were inactive,” said DuBois, who has been volunteering at polls for many years. “If you are registered to vote, you can vote.”

The Court is to interpret the law not make them. Also " voter ID constitutional amendment that was enacted on June 1, 2017" why wasn't this argued before Missourians went to the polls and said we want this as a way to protect the integrity of our voting system. Whats next, Russian Interference cause Claire to lose?

Trinity Episcopal Church did the same thing to me and 2 older people in front of me. They had their voter registration cards in hand and the person wanted their ID's instead

I have voted with a utility bill that was over a year old and expired drivers license. The fraud does happen. Anyone can find that card laying anywhere. When you check-in the poll worker looks up your address, turns the book around for you to sign your name. My handwriting has changed since I gave it years ago plus get this. I am now looking at the signature of the person in the book and I can sign it just like what I am looking at. These judges legislating from the bench must stop.