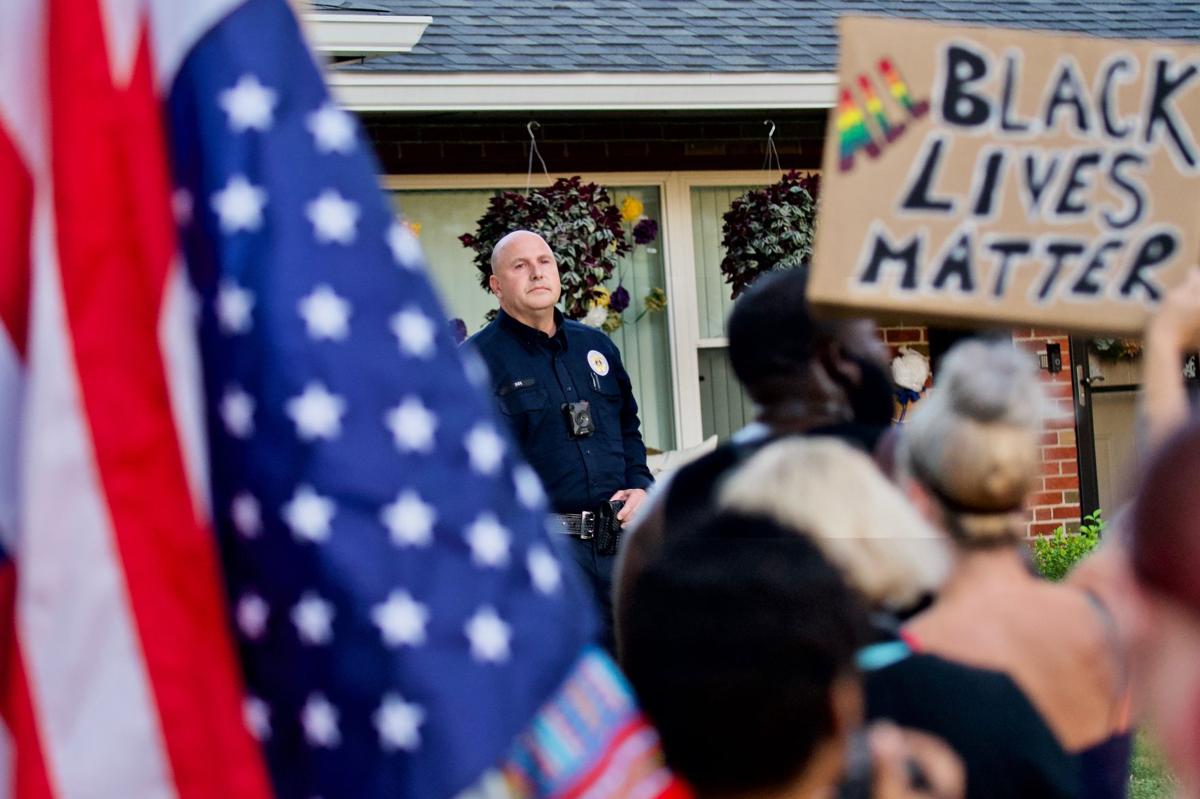 Saturday night marked the seventh day of demonstrations for protest collective known as Respect Us. Like countless others around the nation – and the world – they originally took to the streets in the name of George Floyd, who was killed when a now former Minneapolis police officer kneeled on his neck during an arrest on May 25.

The focus of Respect Us shifted to a local incident of police abuse after a detective with the Florissant Police Department was caught on video running a young man over with an unmarked car and then violently arresting him on June 2.

The protestors returned to Florissant – as they promised to do from day one – and demanded Smith’s arrest.

“The Florissant Police Department didn’t plan on doing anything until we came out here, so at least we have gotten this cop fired,” said Arkayla Tenney-Howard, Respect Us protest leader and head of communications for the group. “The officer has not been convicted and until he is, Respect Us will be out on the streets, protesting.”

Approximately 50 protestors gathered on Lindbergh and sat on the street in front of the Florissant Police Department.

Mobile American Revolution Co-op of Helpers (M.A.R.C.H.) – a group that provides provide snacks, water, and medical supplies – was also in attendance, as it has been for each of the Respect Us actions.

A Valvoline shop across the street from protestors displayed a sign that read: “Charge the cop. We are happy to help.”

A Jiffy Lube sign at the corner of Lindbergh and New Florissant read: “DEFUND THE COPS.”

“Whose streets? Our streets,” the group chanted as they marched to the home of Florissant Mayor Tim Lowery.

Two police officers were standing guard at Lowery’s home when the protestors arrived. It was their third visit to his home this week.

The group stood at the edge of the lawn, close to the street. One of the leaders of the protest led a chant saying, “Who’s outside?” and protestors responded with “We outside.” The police officers asked the protestors to step off the grass, to which they replied, “Whose streets? Our streets. Whose grass? Our grass!”

“Indict. Convict. Send those killer cops to jail,” they continued. “The whole damn system is guilty as hell.”

A member of the group brought a bucket and drumsticks and played it during the chants. Protestors also shouted, “Arrest Josh Smith” to the beat of the drumming. Several protestors started dancing while they chanted.

A protestor with a microphone started rapping, “Arrest that man,” and more and more protestors gathered on the house’s driveway and danced along to the cadence of the rap. The protestors then moved to a different chant, shouting, “You about to lose your job,” with the drumsticks still beating and people still dancing.

Police stopped the vehicle when it reached the end of Lindbergh Boulevard – and reportedly arrested the driver.

During the demonstration, Tenney-Howard urged everyone to educate themselves and those around them and act.

“Facebook posts and thinking about the existence of racism is not enough.”

Respect Us will be hosting a community dinner with Cathy “Mama Cat” Daniels on Sunday, June 14 at 6 p.m. They will resume protesting at a new location on Monday, June 15. For more information about the activities and direct actions of Respect Us, visit their Facebook page at https://www.facebook.com/RespectUsSTL/