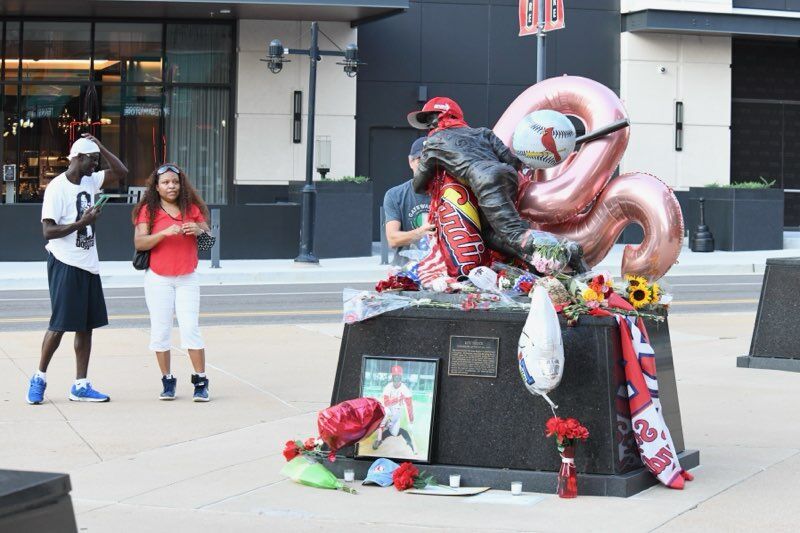 Kenneth and Sinadel Whitehorn visit the St. Louis Cardinal Hall of Fame Plaza at Busch Stadium to pay their respects to Hall of Famer Lou Brock, who died Sunday at the age of 81. 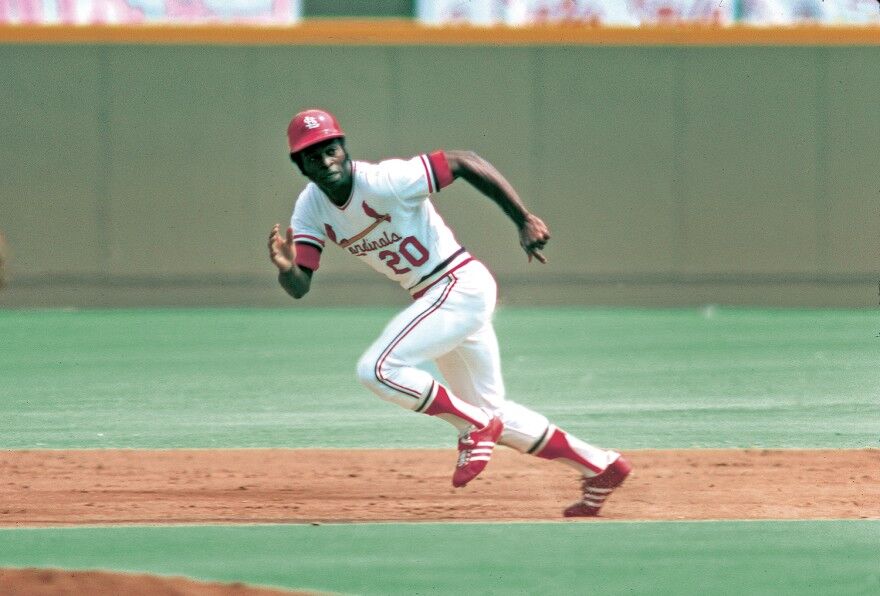 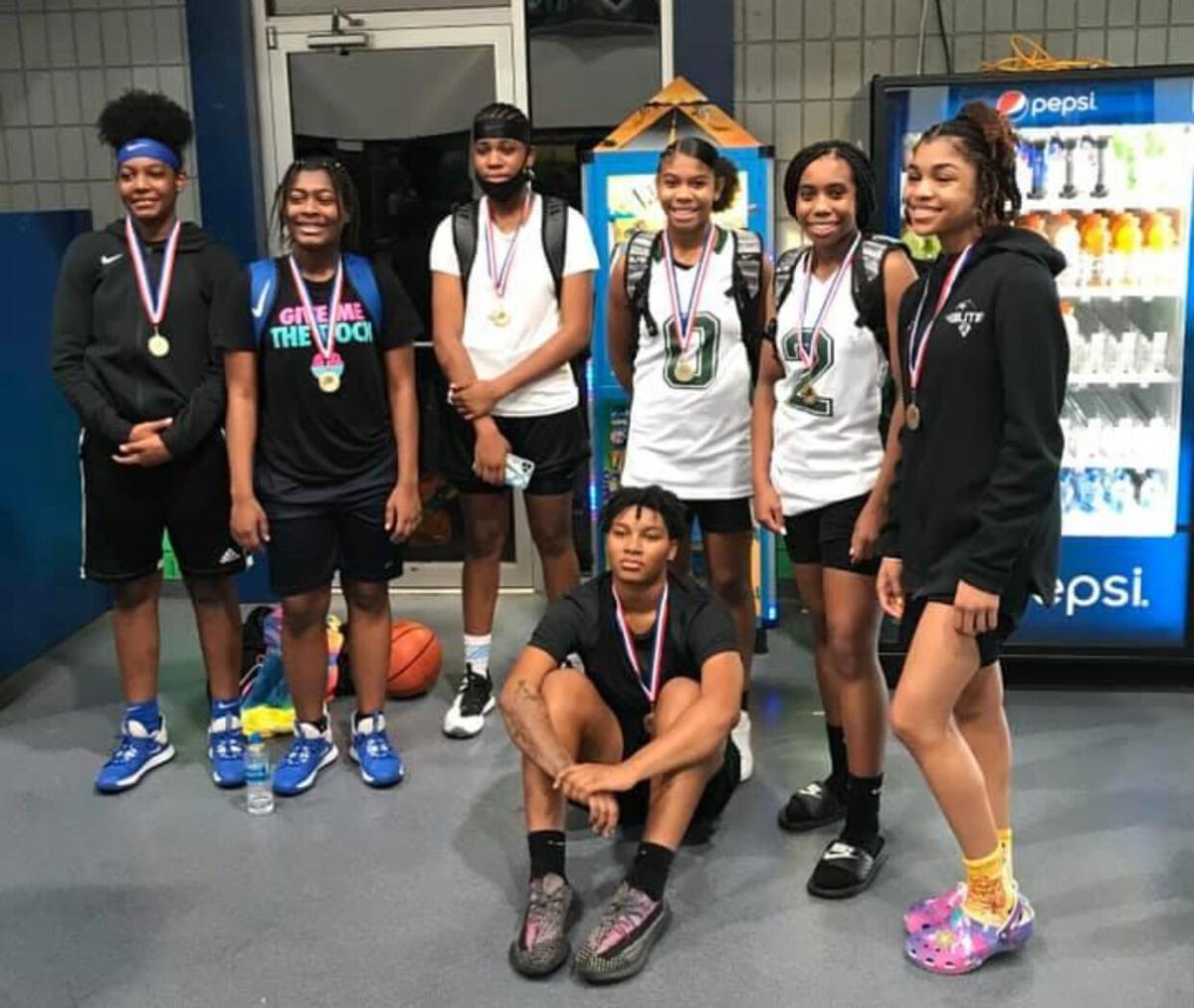 The St. Louis community lost a local legend with the passing of former Cardinals great Lou Brock at the age of 81. Not only was Lou a iconic baseball figure, but he was also a wonderful human being who was loved by everyone.

Brock accomplished many great things during his baseball career, but the one thing that stands out most to me is the way he was able to raise his level of play in the World Series when the stakes were at his highest. The Cardinals won world championships in 1964 and 1967.

The great Reggie Jackson earned the nickname “Mr. October” because of his World Series exploits, but Brock could have easily had that nickname with what he accomplished during the Cardinals’ three trips to the Fall Classic in the 1960s. In 21 total World Series games, Brock hit .391 with four home runs, 13 runs batted in and 14 stolen bases.

That, my friends, is called rising to the occasion. RIP, Base Burglar.

Several high school districts have postponed high school football until the spring and several others are still in a holding pattern with hopes of getting a season started in the near future. However, there have been games going on in St. Charles County and Jefferson County for the past two weeks.

The big matchup in Week 3 is a small-school battle between Lutheran-St. Charles and host Duchesne. Both programs are starting to make waves in the St. Louis metro area. Lutheran St. Charles is coming off of a season where it won a district championship. The Cougars feature several Division I level players, including junior running back Arlen Harris Jr., who scored 30 touchdowns as a sophomore. Senior defensive lineman Gabriel Rubio has already committed to Notre Dame. He registered 18 quarterback sacks a year ago.

Duchesne won seven games last season and the Pioneers are off to a 2-0 start this year behind a talented group of underclassmen. Freshman quarterback Taron Peete has thrown six touchdown passes while sophomore running back Antwon Hayden has scored four touchdowns. Sophomore receivers Amorion Oliphant and Cameron Lee have also scored a combined seven touchdowns.

Local basketball coaching legend Larry Graham passed away at the age of 77. Graham enjoyed tremendous success at the high school, junior college and collegiate levels during his stellar coaching career. He directed Madison High to a couple of IHSA Class A state championships in 1977 and 1981. He re-booted the men’s basketball program at SIU-Edwardsville in the mid-1980’s, where he led the Cougars to the NCAA Division II Tournament. Graham also took over a moribund program at St. Louis Community College at Florissant Valley and led them to a berth in the National Junior College Athletic Association Division II national tournament. He also helped direct my alma mater, Lindenwood University, to a Final Four berth in the NAIA National Tournament as well.

In addition to being a brilliant basketball coach, Larry Graham was also one of the coolest individuals that I’ve ever been around in my years of covering sports. As a coach, he really related to his kids well, and he let them play and express themselves on the court and they responded by giving him the best that they had to give. It was also brightened my day when I would see Larry at the Saint Louis University games along with his long-time friend, former Cahokia coach Ken McBride. Rest well my friend. We are going to miss you.