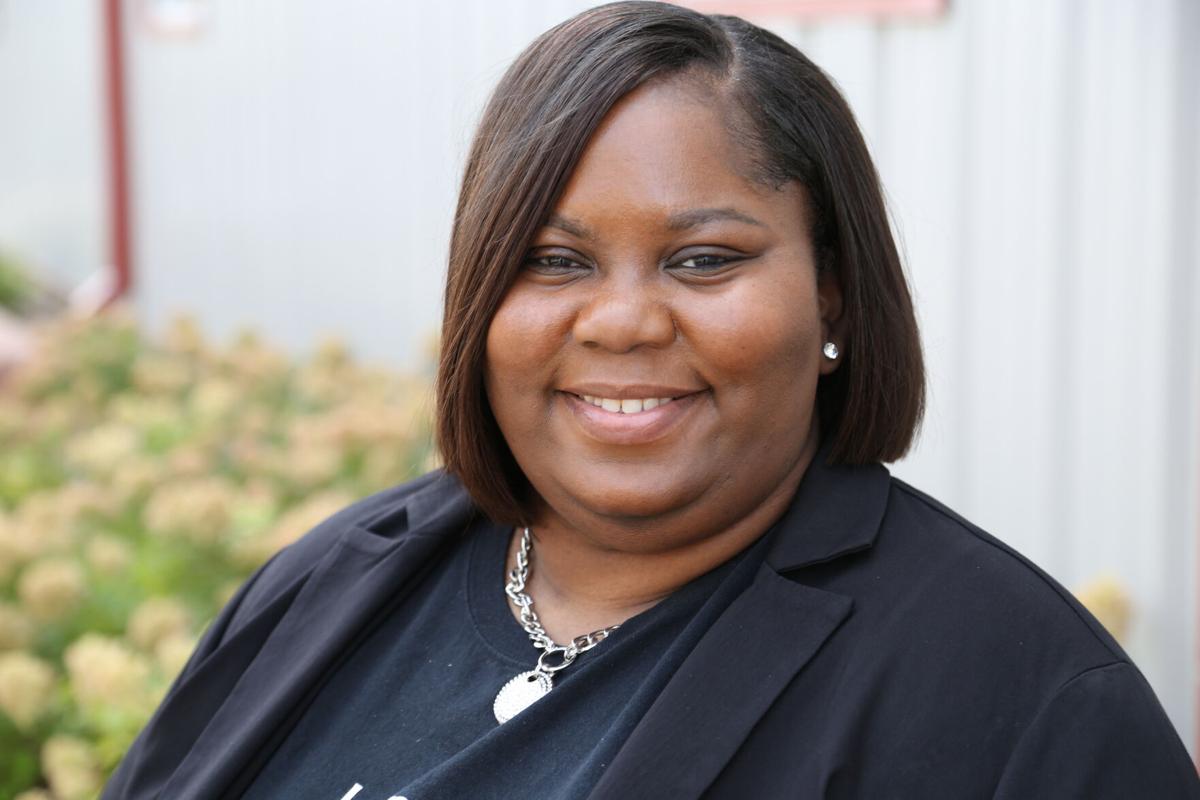 Ariel Turner, a college and career counselor at Lift For Life Academy, is the St. Louis American Foundation’s 2020 SEMO Counselor of the Year. 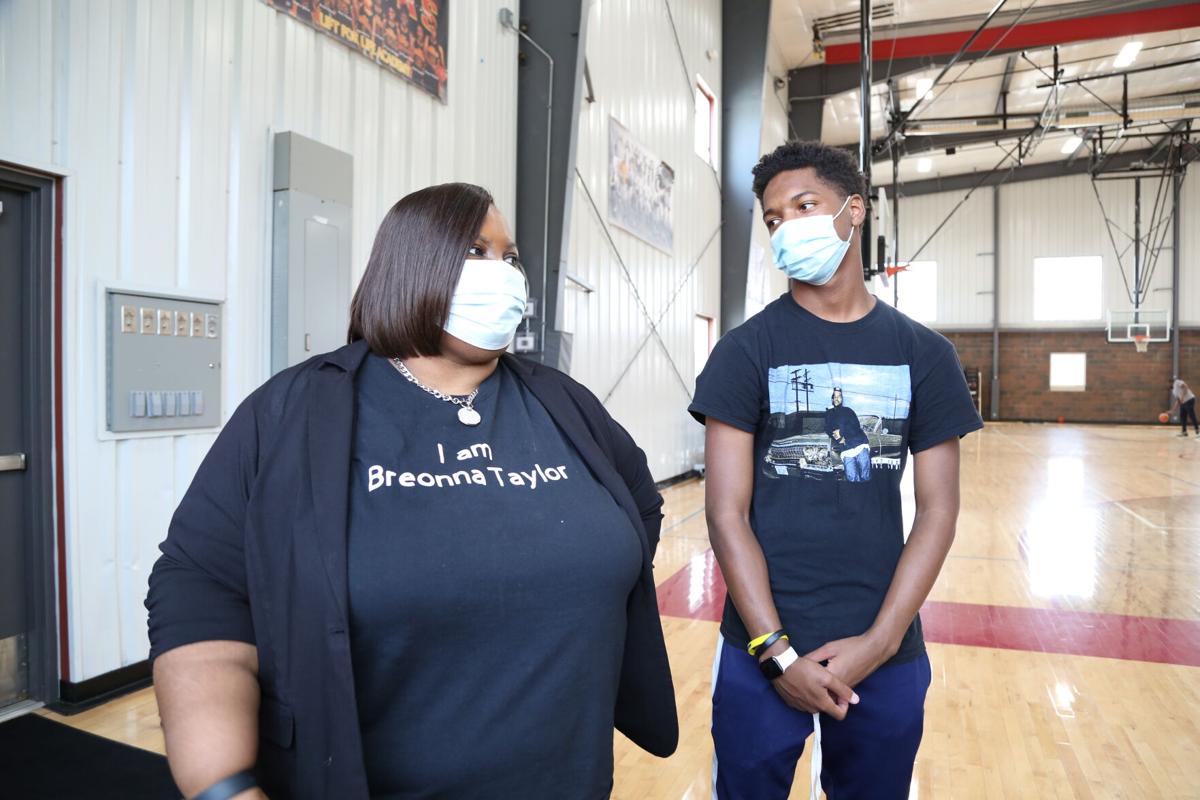 Ariel Turner, a college and career counselor at Lift For Life Academy, visits with DeAndre Russell, a junior at the charter school. Turner is the St. Louis American Foundation’s 2020 SEMO Counselor of the Year.

Tylea Wilson was a self-proclaimed “busy bee” during her senior year at Lift For Life Academy in 2019. She was class president, heavily involved in sports, an activist and valedictorian.

“But yet, I was still growing up on the North Side of St. Louis,” Wilson said. “During the last two years of high school, I lost a lot of people. I lost a sibling, I lost best friends, I lost my boyfriend. Ms. Turner could tell when something was wrong; I didn’t have to say anything.”

Ariel Turner is a college and career counselor at Lift For Life Academy, a charter school in Soulard. The school building, at 1731 South Broadway, was once a bank and still has the marble teller counters and columns in the school lobby. Turner could tell if something was off the minute Wilson walked through the school doors, Wilson said, and they would “talk for hours” in Turner’s office.

Wilson is now attending Missouri State University on a full scholarship and majoring in business.

“Ms. Turner is really one of the most essential people in my life — still to this day,” Wilson said. “I honestly don’t think I would be where I am today without the guidance and support from Ms. Turner. Especially for the Class of 2019 at Life for Life, she wasn’t a staff member or just another administrator, she was like a second mom. She never judged us. She always had advice, and she always had a protective shield over us and all of the students.”

On Saturday, October 17, Turner will receive the 2020 SEMO Counselor of the Year Award at the St. Louis American Foundation’s Salute to Excellence in Education virtual gala. The foundation will foster over $1.95 million in scholarships and grants this year for area youth and educators — a true tribute to the work Turner does every day.

Justin Plummer, who also graduated in 2019, said Turner was unflinching in her mission to get him into a HBCU (historically black college or university.) He is now attending Southern University in Baton Rouge.

“She stayed on me,” Plummer said. “She made sure my ACT scores were great. She made sure my financial aid was great. She was one of those beings that you needed to push you, and that’s one thing I loved about her. Because without her, I probably wouldn’t be attending an HBCU. She took me on those college tours, and it was amazing. I was sold.”

This is Turner’s fourth academic school year at Lift For Life, the city’s first charter school to open in 2000. It’s sponsored by Southeast Missouri State University.

“Lift For Life is one of the best-kept secrets in the City of St. Louis,” Turner said. “I think when you come here, a student will fall in love, just like myself. I had just one visit here, and it really became my home.”

Students are motivated to come to school, she said. In non-pandemic times, the daily attendance averaged 93%, and the academy maintains a graduation rate of 97%. About four out of five of graduates are accepted into college, technical school or the military. Turner also started a new internship program this past year, where seniors interned at Barnes-Jewish Hospital, Crossroads Technology and several other businesses. But it was cut short due to the pandemic.

“The COVID-19 pandemic has been very impactful on our families in many ways – parents losing jobs, possibly facing evictions,” Turner said. “Students not being in school, we don’t know if they’re safe just due to the day-to-day crime that happens out in the community.”

Turner said the school has been able to help by linking families to various community resources and agencies that help with rent, mortgage and utility assistance.

She is a “proud product” of East St. Louis and proud mother of two daughters, Gabby and Sydney. Her parents, Lou Jethro and Cheryl Turner, have been her strong supporters.

“My mom has always said, ‘Nothing beats an effort but a try,’” she said. “I use that all the time when working with my students.”

She received her degree in social work from Saint Louis University. Before working at Lift For Life, she spent over 10 years working with at-risk teens in various social service settings. Turner was previously the assistant dean at the academy, but she switched roles so she could serve the student body on a different level, she said.

“Growing up in East St. Louis, it is a poverty-stricken area, so I can identify with some of the same things that some of my students encounter on a day-to-day basis,” Turner said. “It took a village to raise me, it takes a village to raise a child, and that’s kind of how it is at Lift For Life Academy.”

Wilson said that Turner’s leadership style continues to inspire her activism and leadership roles in college.

“She was this person who wasn’t afraid to be herself, but yet she still kept a professional manner at the same time,” Wilson said. “It’s hard to explain, but it was an amazing thing to witness.”

The 33rd Annual Salute to Excellence in Education Scholarship & Awards Virtual Gala Weekend will be celebrated online as free virtual events on Friday and Saturday, October 16 and 17 on stlamerican.com, the St. Louis American’s Facebook page and YouTube channel. For additional details on how to participate, please visit givebutter.com/SaluteEdu.