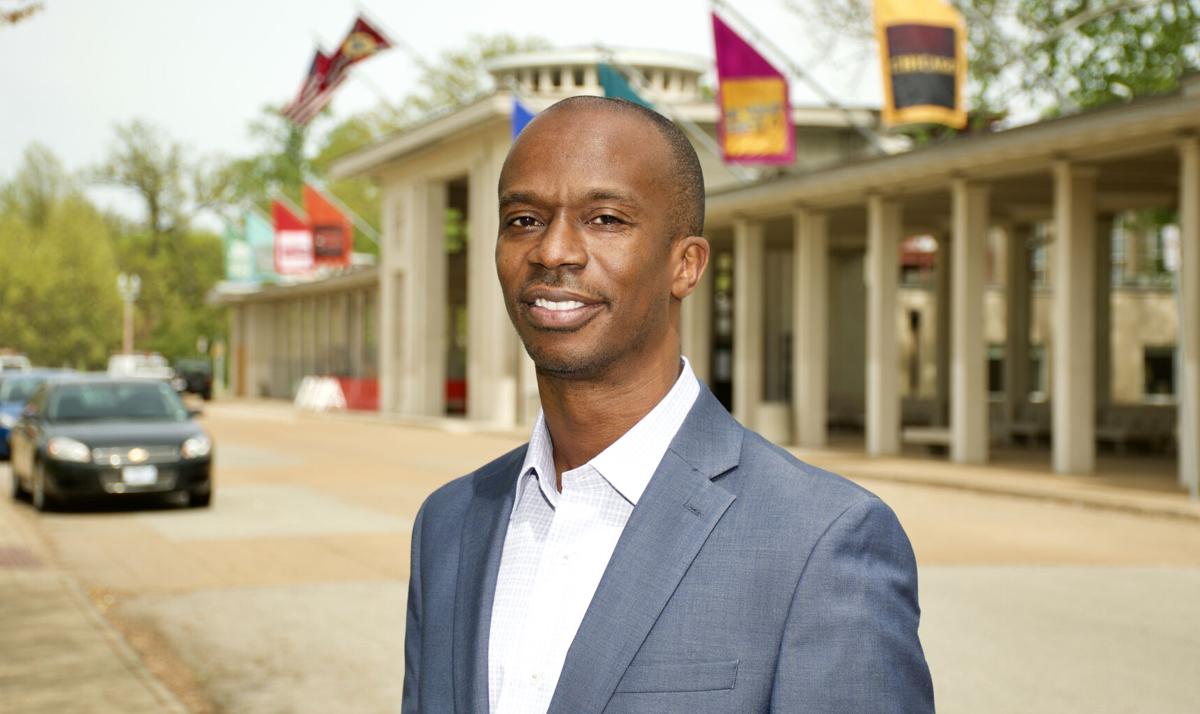 Starting January 1, 2022, Kwofe Coleman will be The Muny’s new President and CEO. 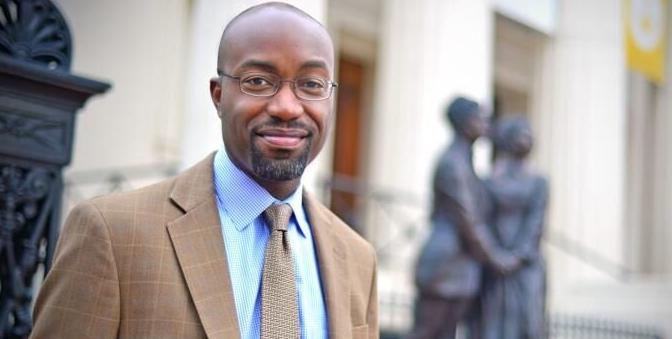 When SLUH adopted its Minority Action Plan nearly 30 years ago, approximately 2.7% of students identified themselves as African American, with even fewer identifying as Hispanic, Asian, or other. Today, African Americans represent 7% of the SLUH student body, Asian Americans 4%, and Hispanics 3%. Total minority enrollment for the 2020-21 school year is 16%. The recently admitted class of 2024 represents 13% minority enrollment.

A few of the SLUH alumni who are featured on their Alumni Trailblazers display, celebrating the achievements of graduates of color. This display is situated in the main building near the Robinson Library.

When it comes to equity and inclusion, SLUH is especially proud of several alumni who have done notable work toward creating a community where the wounds of poverty, hatred and discrimination are healed. Below are a few of the SLUH alumni who are featured on their Alumni Trailblazers display, celebrating the achievements of graduates of color. This display is situated in the main building near the Robinson Library.

In April 2021, The Muny board of directors announced the appointment of Kwofe Coleman as the theatre’s next president and CEO, effective January 1, 2022. Coleman will assume the role with more than a decade of extensive theatre management experience across multiple industry facets. Currently, he serves as the theatre’s managing director and oversees the organizational, financial and business affairs of The Muny. Coleman joined The Muny full time in 2008 as a staff accountant, helping to manage the finances, accounting and payroll for The Muny’s multimillion-dollar annual budget. In the decade preceding his position as staff accountant, he performed a variety of roles, including house manager.

In 2011, Coleman formed The Muny’s first digital communications department, reconstructing The Muny’s internet presence and social media identity while also dramatically increasing the theatre’s internet sales stream, national presence and forming connections with next-generation audiences.  He was promoted to director of marketing and communications in 2014, where he managed The Muny’s branding and marketing efforts through its 2018 centennial season. During this time, Coleman was also key in the creation of both The Muny’s Second Century Strategic Plan and The Muny’s $100 million Second Century Capital Campaign.

Coleman was a 2018 Fellowship Advisor for the DeVos Institute of Arts Management at the University of Maryland and is an active contributor to the St. Louis community, serving on the St. Louis University High School Board of Trustees, Cor Jesu Academy Advisory Council, Common Circles Advisory Council and as a proud founding board member of Atlas School. He also serves on the Board of Directors for the Saint Louis Club, as well as other various social service organizations. During the 2020 holiday season, Coleman served as executive producer for A New Holiday, a short film musical set in St. Louis created by LIFE Creative Group. He is a 2015 recipient of the St. Louis American’s Salute to Young Leaders Award and was named to the 2020 St. Louis Business Journal 40 under 40.

In 2020, Jason Purnell, PhD, MPH, joined BJC as vice president of community health improvement. At the time, Purnell lead Health Equity Works, a community-facing research group at the Brown School at Washington University in St. Louis. Simultaneously, he has also served in a consulting capacity with BJC’s Center for Clinical Excellence for the past two years.

Along with his new responsibilities, Purnell will continue to hold a faculty position at the Brown School and support the soon-to-be-announced leadership of Health Equity Works. He also will provide support for the Brown School’s strategic planning efforts to advance community-science and align initiatives between the school and BJC.

Originally from St. Louis, Purnell remains active in his hometown community, including leading the COVID-19 Regional Response Team to address the needs of vulnerable populations during the current pandemic. He also serves on the board of the Show-Me School-Based Health Alliance and on the Leadership Council of Ready by 21. Earlier in 2020, he was invited to join the National Academies of Sciences, Engineering, and Medicine’s Roundtable on Population Health Improvement. He is also a former director of community engagement with the United Way of Greater St. Louis.

DeBaun is an internationally recognized physician-scientist whose advocacy and research have resulted in fundamental advances in medical care of children and adults with sickle cell disease (SCD) and children with Beckwith Wiedemann Syndrome, a cancer predisposition syndrome. He is professor of pediatrics and medicine, vice chair of Clinical and Translational Research in the Department of Pediatrics and holds the JC Peterson Endowed Chair at Vanderbilt University School of Medicine.

After receiving his degrees from Stanford, he completed his pediatric residency, served as chief resident, and completed his pediatric hematology-oncology fellowship at St. Louis Children's Hospital, Washington University School of Medicine. He then completed a four-year United States Public Health Service Epidemiology fellowship at the National Institutes of Health (NIH). During the fellowship he obtained an MPH degree from Johns Hopkins Bloomberg School of Public Health (2003).

DeBaun returned to St. Louis and spent 14 years at Washington University School of Medicine where he was promoted to professor of pediatrics, biostatistics, and neurology, and was the inaugural Ferring Family Chair in Pediatrics. He also received the following Washington University Medical School Awards: Humanism in Medicine Award (2002), Clinical Teacher of the Year Award (2008), and Distinguished Faculty Award (2009).

In 2010, Dr. DeBaun was recruited to Vanderbilt University School of Medicine where he founded the Vanderbilt-Meharry Center of Excellence in Sickle Cell Disease. The Center is one of the first in the country to establish a medical home care model for children and adults with SCD in a community health center.

For over two decades, DeBaun has received continuous funding from the National Institute of Health (NIH) and Robert Wood Johnson, Doris Duke and Burroughs Wellcome foundations. DeBaun was the primary physician author of the Sickle Cell Treatment Act, signed by President Bush into law on Oct. 22, 2004 Title VII, creating regional networks for enhanced services for with SCD.