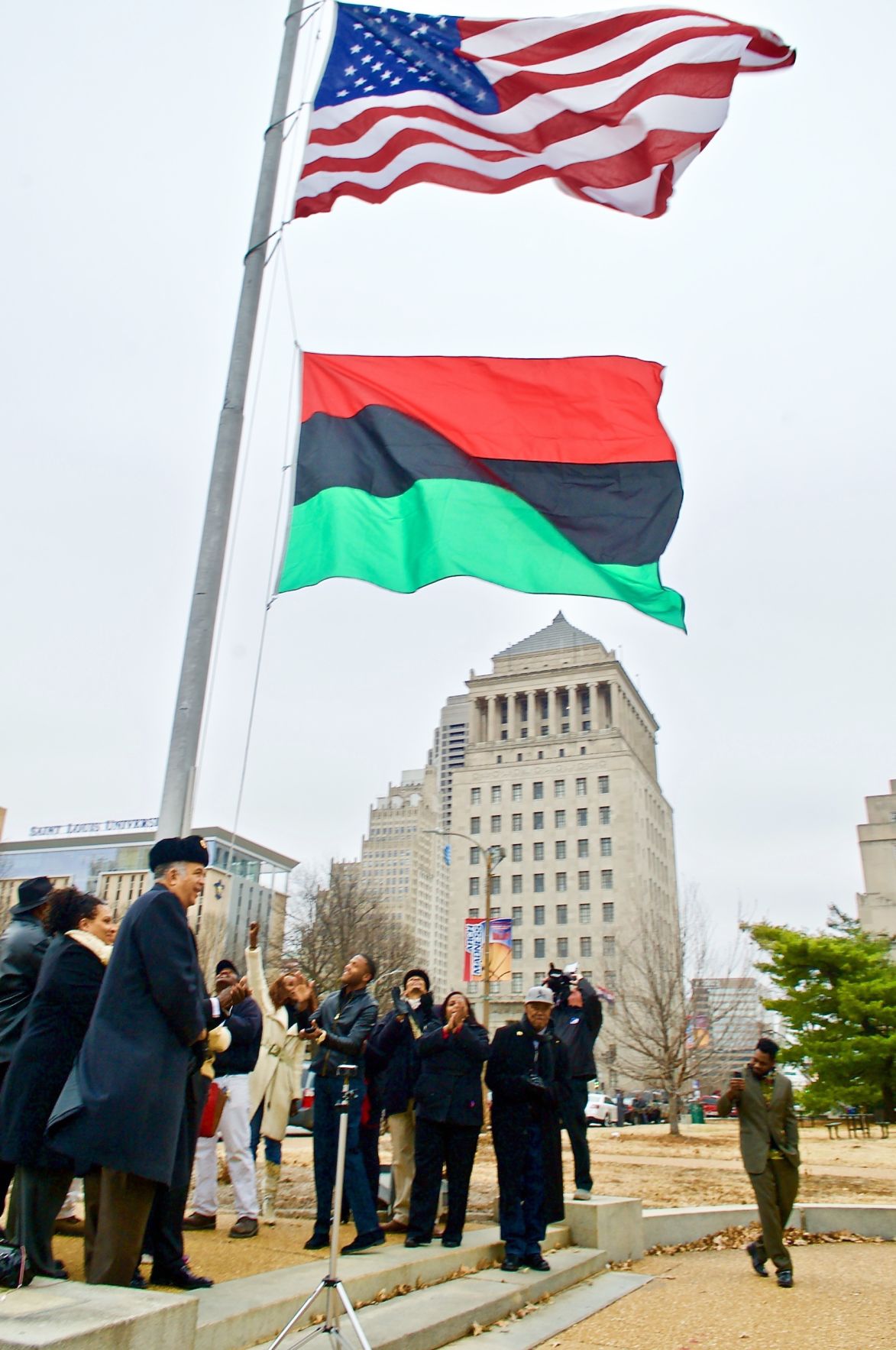 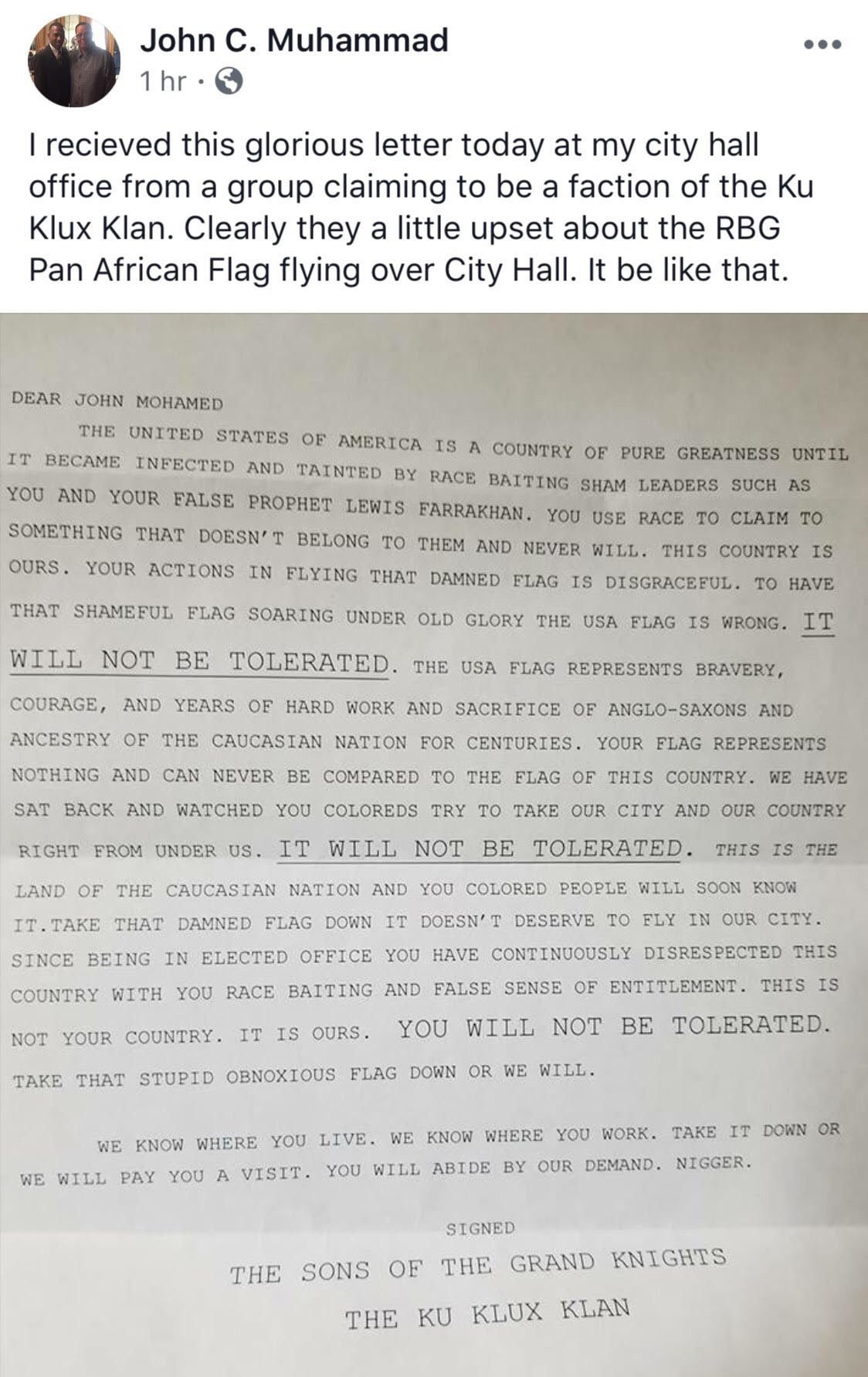 Alderman John Collins-Muhammad of the 21st Ward received a mailed letter supposedly from the Ku Klux Klan at his aldermanic office threatening to “pay him a visit” if he doesn’t take down the flag honoring Black History Month outside of City Hall.

On Feb. 1, the African American Aldermanic Caucus held a ceremony downtown to raise the Pan-African flag, which is red, black and green. In 2014, the black caucus passed a resolution directing the city to display the flag throughout Black History Month.  Muhammad co-leads outreach for the caucus along with 3rd Ward Alderman Brandon Bosley.

“This country is ours,” the letter stated. “Your actions in flying that damned flag is disgraceful. To have that shameful flag soaring under the Old Glory of the U.S.A. is wrong. It will not be tolerated.”

The letter was signed by “The Sons of the Grand Knights, The Ku Klux Klan.”

The St. Louis American called the Ku Klux Klan L.L.C. that is based out of Arkansas but was not able to connect with the group.

Collins-Muhammad said he opened the letter at about 3 p.m. today (February 8.) He has since handed the letter over to police. The police department has not yet responded regarding investigations into the letter.

Collins-Muhammad said he is meeting with the 18th Ward Alderman Terry Kennedy, who leads the caucus, tonight to talk about the threat and potentially holding a press conference.

The letter makes several threats to Muhammad regarding the flag.

Collins-Muhammad said it is likely just a prank, though it’s hard to say.

“It speaks to the reality that we have such a long way to go until we can talk about racial equity and racial inclusion,” Collins-Muhammad said. “Situations like these make you really understand where we are in terms of race and how far have we actually gone.”

This story is developing and will be updated here.