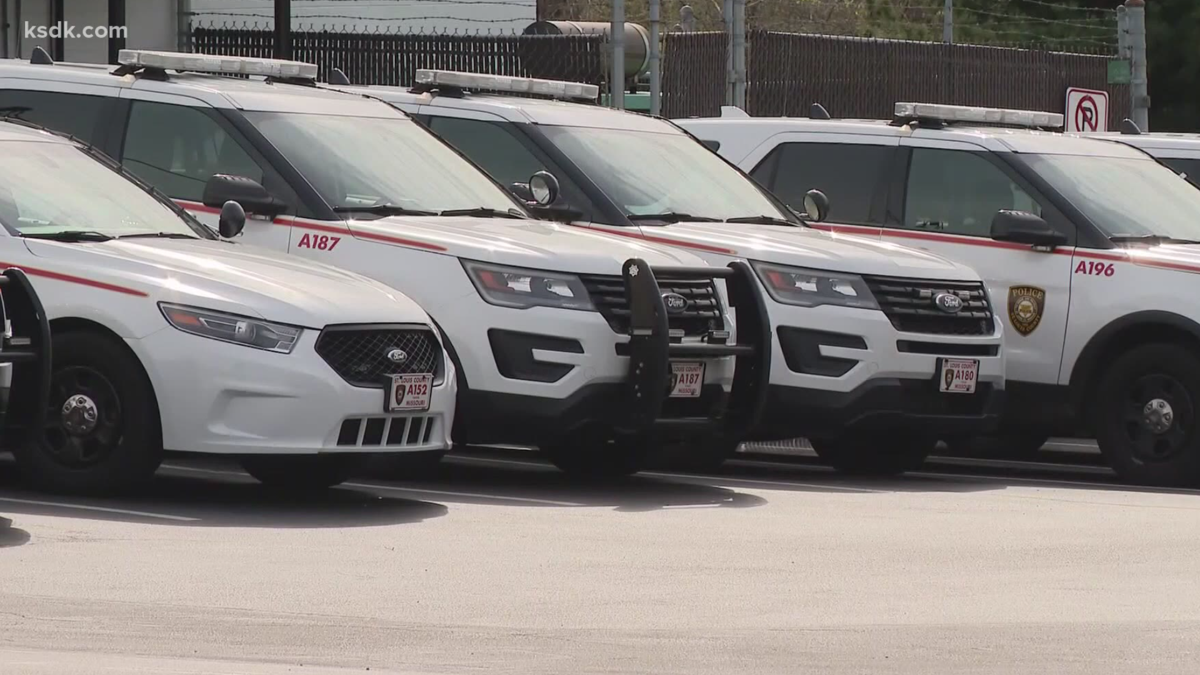 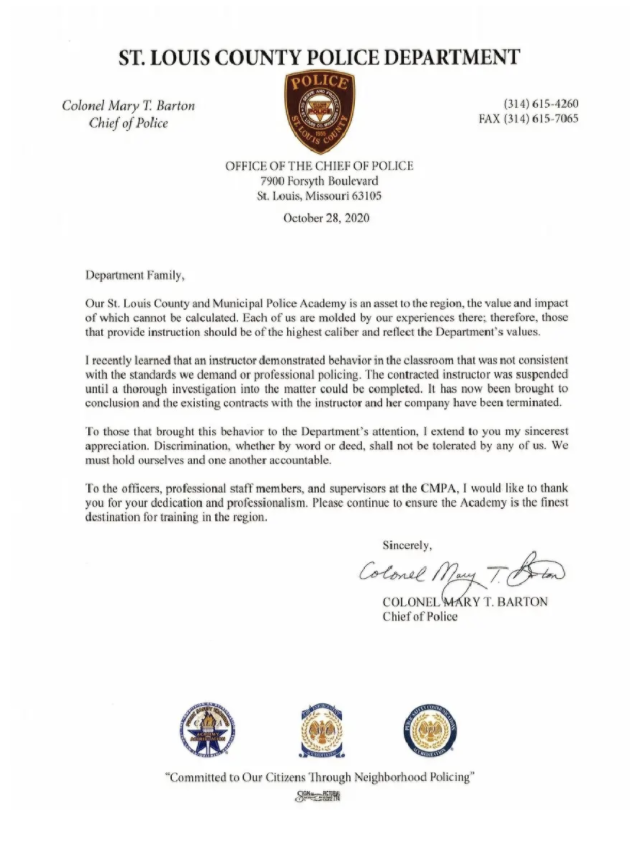 ST. LOUIS COUNTY, Mo. — St. Louis County Police Chief Mary Barton has fired a contract instructor for the St. Louis County and Municipal Police Academy for allegedly uttering racial slurs during a class, 5 On Your Side has learned.

"It then took some time to make the decision and they made the appropriate decision."

In a memo Wednesday, Barton wrote:

"I recently learned that an instructor demonstrated behavior in the classroom that was not consistent with the standards we demand or professional policing. The contracted instructor was suspended until a thorough investigation into the matter could be completed. It has now been brought to conclusion and the existing contracts with the instructor and her company have been terminated," Barton wrote.

She also lauded the officers who reported the misconduct.

"To those that brought this behavior to the department's attention, I extend to you my sincerest appreciation," she wrote. "Discrimination, whether by word or deed, shall not be tolerated by any of us. We must hold ourselves accountable."

Sources tell 5 On Your Side the instructor used a racial slur during the class and said she doesn't believe EBT cards should be used to buy hair and nails.

Several classes have been canceled this week at the academy that the instructor was scheduled to teach, including managing and coaching toxic employees as well as field trainer and supervisor report editing.

The instructor is not named in Barton's memo, but sources say the instructor has been teaching police courses at police academies throughout the St. Louis region, including the Jefferson College Law Enforcement Academy and the Southern Illinois Law Enforcement Commission.

Republished with permission of KSDK: