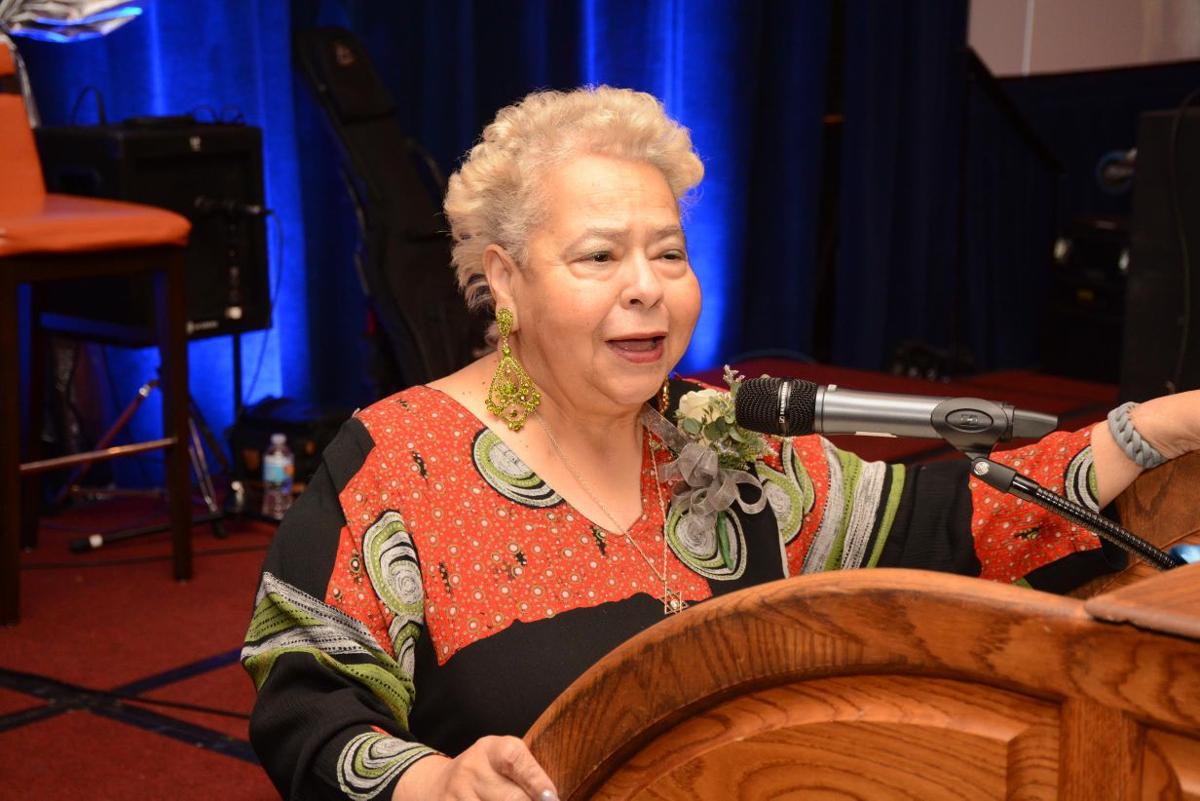 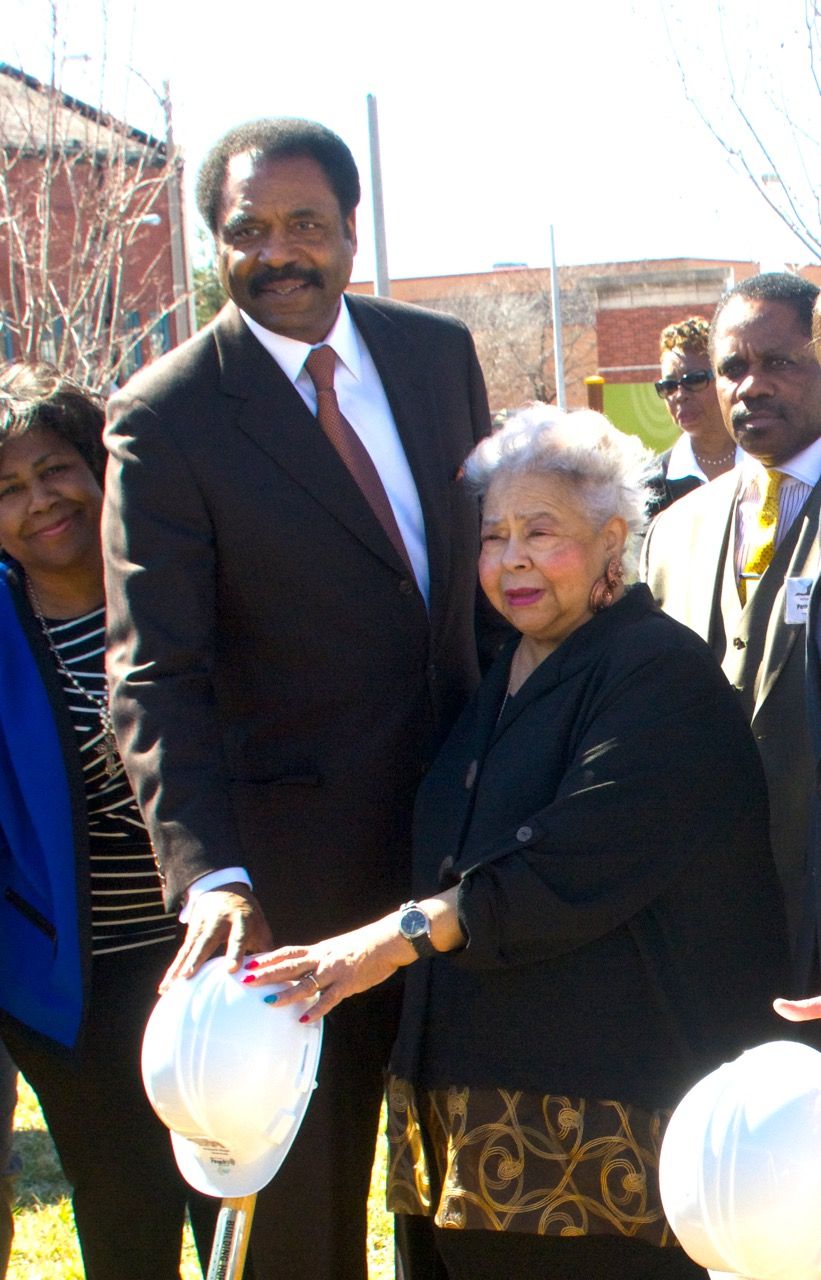 The St. Louis region lost a treasure – one of its most brightly polished gems – with the sudden death of Ida Woolfolk on Wednesday, March 23, 2016. She was 72.

“Requesting prayer for strength and comfort,” her daughter Sarah Woolfolk Edwards posted on Facebook. “My BFF, my queen, my mommy Ida Goodwin Woolfolk has passed away suddenly.”

The cause of death was not immediately known, but recently she had experienced congestive heart issues, said her friend, Michael P. McMillan, president and CEO of the Urban League of Metropolitan St. Louis.

McMillan said he had rushed to a hospital emergency room to see Ms. Woolfolk on many previous occasions. "She had beaten that kind of stuff so many times," he said.

One of three daughters born to B.W. and Myrtle Goodwin on November 20, 1943 and raised in the Ville neighborhood, she was baptized and reared in Kennerly Temple Church of God in Christ. She was a lifelong member of the historic church.

“She was a great ambassador for her church and denomination and the city as well,” said her friend Sherman George, St. Louis’ first black fire chief.

After graduating from Sumner High School in 1961, she went on to Stowe Teachers College, where she pledged Delta Sigma Theta. She proudly carried these institutions on her shoulders as she made her way to the top of St. Louis’ civic ladder. She would be inducted into Sumner High School’s Hall of Fame alongside some of the city’s most famous native sons and daughters.

She worked for more than four decades in the Saint Louis Public Schools. Her last position was special assistant to the superintendent and director of community engagement and partnerships. She stayed on as a consultant for several years after her retirement. She also served as an adjunct instructor at Harris-Stowe State University, Washington University and Webster University at different points in her career.

The final years of her life were spent sharing her time and talents with a host of community organizations, corporations, initiatives and nonprofits – including The St. Louis American Foundation.

“Ida Woolfolk was the quintessential St. Louisan. Her friendship and her willingness to help me to understand a city I was not native to were extraordinarily valuable to me,” Suggs said.

“She was a true icon in this community. She was a woman with great spirit, an incredible memory – and an incredible sense of humor. No person was more beloved by the community than Ida, and many, many people will miss her. I can’t imagine St. Louis without her irrepressible spirit and wit. She was a joy.”

“St. Louis is mourning the loss of a great lady who did so much good and served so well for decades,” Clay said. “Miss Ida was not only a trusted friend and great supporter, she was truly a mentor to me and so many others. We will never forget this incredible lady, educator and true civic treasure.”

Everybody knew her name

The phrase “she never met a stranger” was deeply true of Ms. Woolfolk.

“Do I know Miss Ida? She was my counselor at Northwest,” Angela Winbush once said when someone attempted to familiarize the famous singer with Ms. Woolfolk.

Everyone knew her – and she actually knew them too.

"I could have never asked for a better friend, confidant, mentor, supporter and advisor," McMillan posted on Facebook. "We truly 'got' each other for almost 25 years. We were with each other through every good and bad thing that ever happened to each other and, for that, I thank God for blessing her to be in my life. This city will never see another Ida Woolfolk."

In lieu of introductions, Ms. Woolfolk would often take the liberty of gloriously announcing the attributes she most admired, or recent accomplishments, between the people within her personal space.

Often, people would be taken aback because they didn’t know she had observed them. She knew the proficiencies of everyone within an earshot, and she could instinctively pair people in order to accomplish a mutually beneficial objective.

“Ida listened to people, and then she would connect people with each other and with a shared positive purpose,” George said.

Because she lived for serving as mistress of ceremonies for community banquets, luncheons and dinners, she was sometimes was referred to as a socialite. To others, she was a social worker, administrator, community leader or educator. Above all, she was a master investor who specialized in the region’s most valuable resource – its people.

Her long service to the Saint Louis Public Schools began as an educator and counselor, where she tapped into the potential of her students and aided them in crafting a personalized path to success. By the time she retired, she was one of the district’s highest-ranking administrators. She took her natural gift for connecting people and created bridges between the district and the region’s political, corporate and faith communities.

To see the ritual that started her workday at SLPS headquarters was downright fascinating.

It would take her about 20 minutes to get from the front door to her desk because she would embark on engaging conversations with every single person she met on the way, starting with the security guard when she entered the building.

“Gladys, how is your girl?” Ms. Woolfolk would ask the custodian.

They bonded over being mothers to only one child – a girl. Both were known for pouring praises upon their daughters, and their exchanges ended up with a friendly battle of bragging on them.

Her conversations with Gladys were conducted with the same grace and dignity as when she spoke with then Superintendent Cleveland Hammonds – which wasn’t lost on Gladys.

Ms. Woolfolk and her daughter shared a special bond – but it seemed to be the same with her entire family, especially her sisters Irene E. Graham  and Agnes Hughes.

“Look at ‘em – I call them the golden girls,” Woolfolk’s nephew Charles Creath once said as they sat laughing amongst themselves over refreshments during an opening night reception of a Black Rep show where he served as musical director.

The nickname came from the popular sitcom featuring a group of inseparable senior citizen women who managed to live agelessly – which perfectly summed them up.

Sadly, her sister Agnes Hughes passed away in a similarly sudden manner in December 2014.

“I was going to shy away from the spotlight after I lost my dear sister Agnes,” Ms. Woolfolk said during her hosting duties at the 12th Annual Salute to Women Leadership Dinner presented by The Urban League of Metropolitan St. Louis last year. “But the outpouring of love, support and condolences, let me tell you, it has been just wonderful – and I’m here because I believe that’s what Agnes would’ve wanted.”

So she continued to let her light shine – right up until the very end.

Ms. Woolfolk is survived by her daughter Sarah Woolfolk Edwards, two grandsons, her sister Irene Graham and a host of family and friends.

Final arrangements for Ida Goodwin Woolfolk are as follows.

Services will begin next Saturday, April 2 with a noon visitation and 3 p.m. memorial service at Kennerly Temple Church of God in Christ, 4307 Kennerly, St. Louis, MO 63113.

On Sunday April 3, Ms. Woolfolk will lie in state in the St. Louis Hall City Rotunda from noon until 4 p.m., where the public is invited to pay their final respects.

A private burial and repast will take place on Monday.

In lieu of flowers, the family is asking for contributions in her name to: Meds & Food For Kids

We don’t want this war. We don’t need this war.

Everyone counts in Census 2020