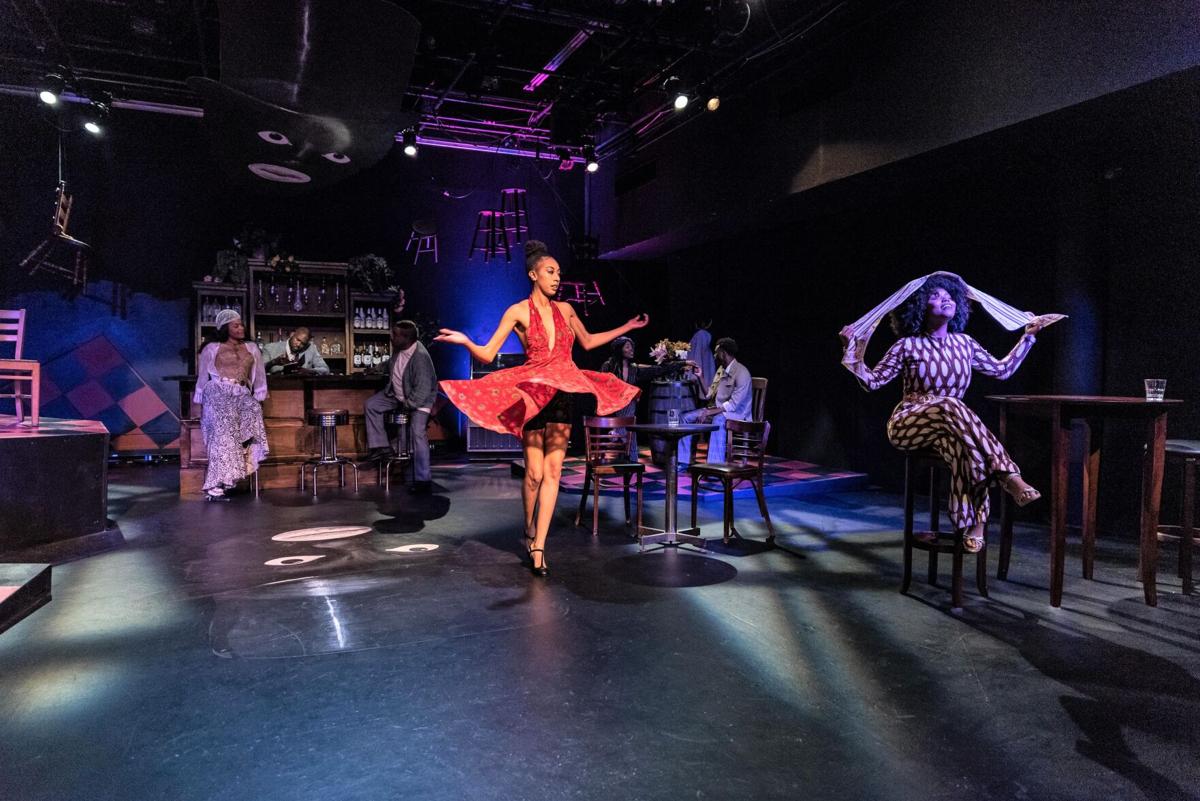 Tyler White performs “Spell #7,” a choreopoem by Ntozake Shange. In mid-March the Black Rep was forced to cancel performances due to COVID-19. 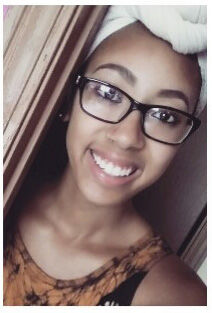 “Struggle” for black theater companies is nothing new said Ron Himes, founder and producing director of the Black Rep. For instance, among the black theater organizations forged during the Civil Rights/Black Arts Movements of the 1960s and 1970s, he said a staggering 87% had closed their doors by the mid-’90s.

“Survival,” Himes added, is part of the history of black arts.

“It is the nature of who we are as individuals and as a field. We will find a way. There will be a number of casualties from COVID-19, but I’m counting on us not being among that list of casualties.”

When asked if he could think of a local actor who represents the passion, resiliency, and fearlessness of the black arts movement in the midst of this global pandemic, Himes responded without hesitation:

“Tyler White. She’s 24 and has been with the Black Rep since she was eight years old. She’s grown up with us. Being an artist is at the core of her being.” Himes gushed. “If I said, ‘Tyler, I want you to jump off that table and do two somersaults before you hit the floor,’ she’s going to try it.”

This summer, the young actress started her first year as director of the Black Rep’s Summer Arts Camp (SAP). White said she was overwhelmed with the responsibility of overseeing and keeping 14 kids (ages 6-16) safe all day, every day for six weeks.

“I had to figure out safety procedures, making sure the kids wore their masks the entire day and having them do hand-sanitizing all day,” White explained. “I was having little mental breakdowns because I was responsible for all those kids. I had all that weight on my shoulders. It was a lot.”

The stress and hard work by White and other black rep staffers paid off. No child, teacher or parent tested positive for the virus during the summer program. The real payoff, White added, was the fact that the youth had a chance to relax, release and express their natural creative desires.

“The kids have been locked up since March. So, it was nice to have them in a safe environment where they could express themselves and just have fun and enjoy time away from their homes,” White explained. “Honestly, it was the purest feeling ever to see them come in every morning so excited and so eager to work.”

Getting through the summer program is just a sliver of the challenges performing art companies must face. According to a new study by the Brookings Institution, the coronavirus is having a disproportionate impact on fine and performing arts organizations.  The report, “Lost Art: Measuring Covid-19’s devastating impact on America’s creative economy,” estimates “losses of 2.7 million jobs and more than $150 billion in sales of goods and services for creative industries nationwide, which range from film and fashion to fine and performing arts.”

Stimulus benefits mostly bypassed struggling actors who were getting paid little to nothing while practicing their craft. Himes said that actor’s and director’s unions are appealing to Congress for more help from the next round of stimulus money. It’s only fair, Himes said, considering the impact the arts have on regional economies.

“There have been studies that say the arts contribute more to the local economy than the Cardinals, the Blues and most professional sports teams put together. There is a saying that every dollar generated by an arts institution is multiplied 8 or 9 times when it goes back out into all of the places that we support. Art and cultural institutions have a tremendous impact everywhere.”

In mid-March, the Black Rep canceled the remaining performances of “Spell #7,” a choreopoem by author Ntozake Shange. Plans to resume live performances in January are in question because of the uncertainties of the pandemic. For an organization that raises money largely through live performances, the Black Rep, as it starts its 44th Season, is in a vulnerable position.

Still, White said arts organizations are up to the challenge.

“COVID makes everybody in the arts work harder. It’s hard because people are retracting and not wanting to go out. So, you have to figure out ways to still keep your audiences engaged, keep them wanting more and wanting to come back when COVID is over,” he said.

White played the chorus dancer Bettina in “Spell #7.”Small and svelte, she speaks with quiet confidence about improving her craft, being a better actress and maybe moving to Chicago or New York. She spoke most passionately, though, about her desire to return to live performances after the coronavirus epidemic:

“I’m in dire need to be back on a stage again. We have virtual readings and recordings but it’s not the same,” White said. “Live theater is what I long for. The give and take between actors and audiences is awesome. I miss that.”