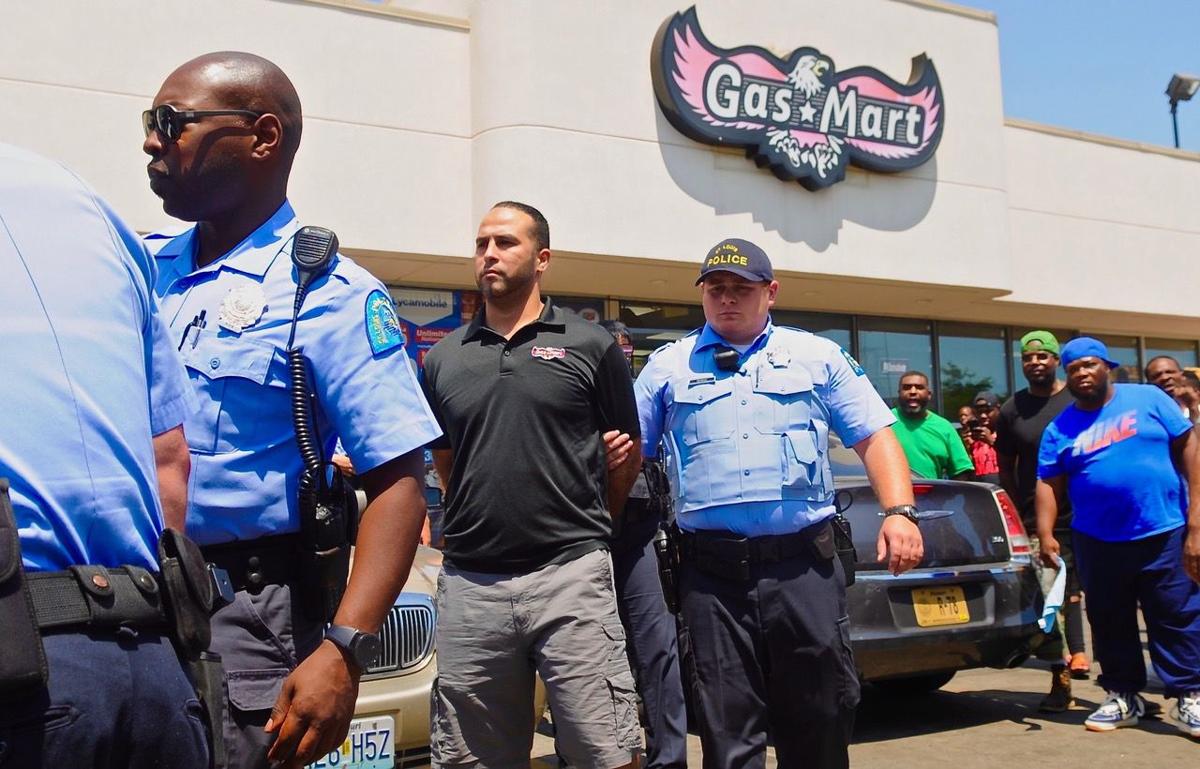 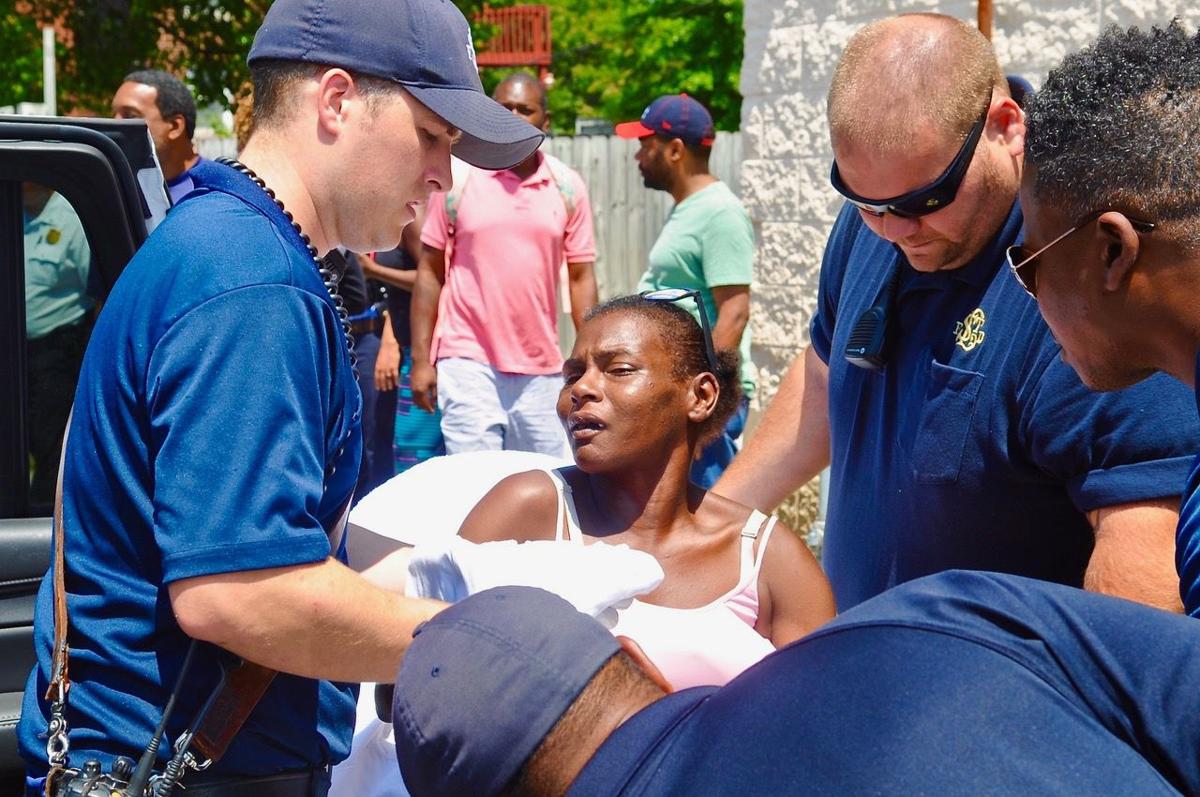 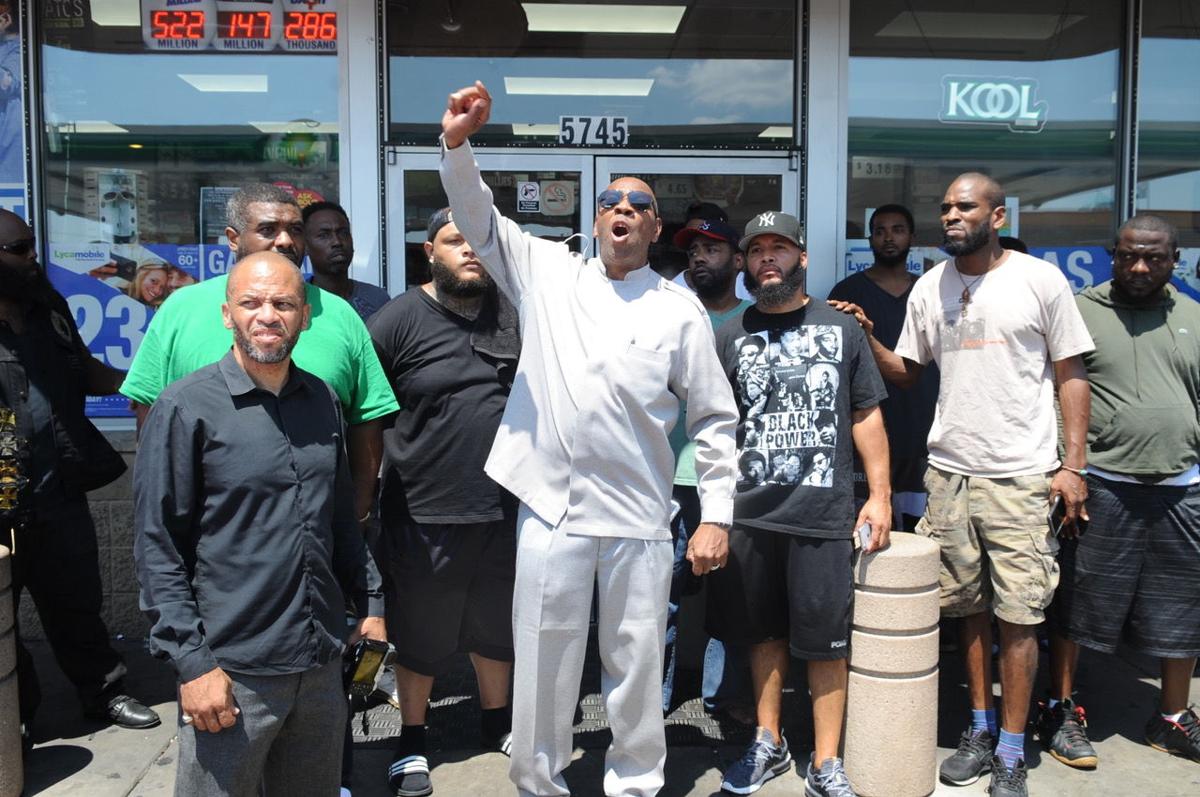 On Tuesday, July 24, two St. Louis convenience store employees, later identified as Jehad Motan and Ahmed Qandeel, were seen on video kicking a black woman, Kelli Adams, who some describe as homeless, in front of the Gas Mart at Goodfellow and Delmar.

“This is a cornerstone to the neighborhood,” said Wiley Price IV, a community activist who is running for state representative in the district. “Everybody from near and far comes to this gas station, especially since they shut down the gas station on Delmar and Skinker.”

Nearly an hour later, members of the community gathered in protest to shut the store down, make sure that Adams received medical attention, and see that the store managers were arrested. Their main goal was to block business for the convenience store.

“We decided that they’re done for the day,” Price said. “They didn’t need to make any more money in our community. I come up here all the time. I have been coming up here for years.”

“We saw a video where a young lady got kicked by the store owner,” Franks said. “The man walked away, walked back up, and kicked her. That ain’t happening, so folks are talking about taking their community back.”

Six police vehicles arrived at the scene, though an ambulance did not arrive to attend to Adams until 30 minutes after the incident. It took the community coming together in protest and blocking the store’s entrance for police officers to finally take action and arrest the suspects in the video.

The Circuit Attorney's Office has since issued arrest warrants for one count of Assault 4th Degree, against Jehad Motan, 32, and Ahmed Qandeel, 19.

“If we wouldn’t have come here, the police wouldn’t have shown up,” said Rev. Darryl Gray, a protest organizer. “The police are here to protect and serve, but it is pretty clear who they choose to protect. In this community we are policing ourselves, and we shouldn’t have to put ourselves on the line like that.”

The protest successfully shut down the facility’s business by protestors blocking gas pumps with their cars and standing in front of the entrance.

“The thing about protests is there has to be attainable goals,” Price said. “This sends a clear message in our neighborhood that we don’t go for this.”

After the suspects were arrested and Adams was safely taken away in an ambulance, protestors continued to gather blocking the entrance and gas pumps chanting the words “locked down.”

“You can’t kick no black woman and feel comfortable,” said Brother Anthony Shaheed, a veteran protestor. “This place is locked down.”

Shemika Russell, who videotaped the assault, said she is a longtime customer at the Gas Mart, and so is Adams, though Adams also panhandles outside the store. That day, Adams had asked her friend to buy lottery tickets for her because the owners refused to let her in the store. The store attendants wouldn't let her friend purchase the tickets, so Adams became "irritated," Russell said.

That's when the owners came after her.

"I uploaded that video because I see stuff that happens as far as violence on a regular basis," Russell said. "I never caught something like that on camera. I posted it just to let people in the area know. Once it happened and it's not on camera, no one's going to believe her because of how she looks or what she does.”

The video provides clear evidence of assault on behalf of the store owner which is something police are required to respond to and would have responded to regardless of protests. Whether charges are filed is up to the woman assaulted and not anyone else. This issue could have been resolved without protests or shutting down the gas station and future protests of this nature will likely leave the area residents without access to any gas stations.