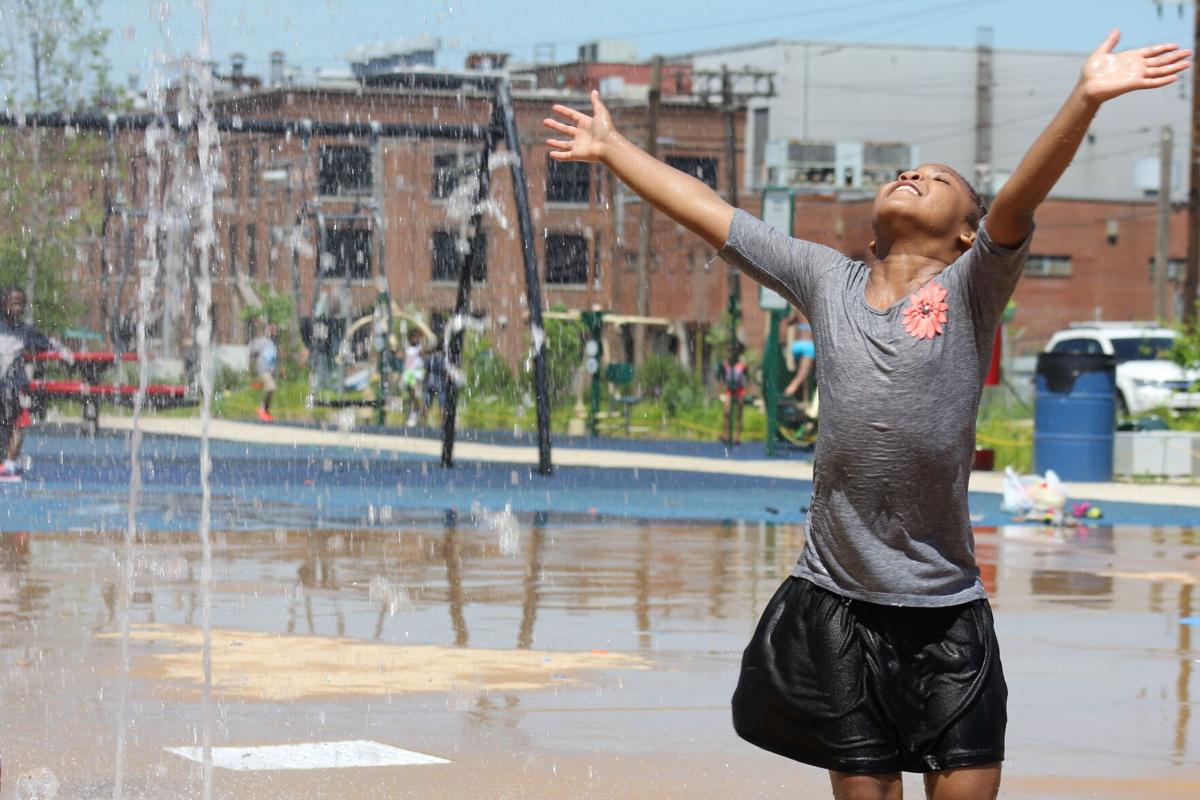 Trojan Park in Wellston was recognized by the Urban Land Institute as an outstanding example of a vibrant public open space that has been instrumental in promoting healthy, sustainable, and equitable outcomes in communities.

Trojan Park in Wellston is one of two urban parks selected by the Urban Land Institute for this year’s Urban Open Space Award.

Trojan Park in Wellston is one of two urban parks selected by the Urban Land Institute for this year’s Urban Open Space Award. The award recognizes outstanding examples of vibrant public open spaces that have been instrumental in promoting healthy, sustainable, and equitable outcomes in communities.

“A park seems like a little thing, but when you see kids running and exerting that positive energy, these things give us a great outlet to grow into ourselves and grow into society,” said Wellston Mayor Nathaniel Griffin.

Trojan Park is a 1-acre community park in Wellston, Missouri that gets an estimated 20,000 visitors per year. It is a key destination as part of the St. Vincent Greenway, which stretches across four towns in North County, connecting parks, schools, the University of Missouri – St. Louis, public transit, job centers and neighborhoods.

The park, designed and named by neighbors to honor the former high school mascot, is packed with amenities they chose, from a splashpad and playgrounds to a full basketball court. Beyond basic functions, it also features ADA-accessible exercise equipment, musical instruments and rain gardens full of native plants. It was designed by Lamar Johnson Collaborative, formerly Forum Studio, Clayco’s original architecture practice.

Built as part of Parks Build Communities initiative sponsored by the National Recreation and Park Association (NRPA), it is a partnership project between Great Rivers Greenway, the City of Wellston, St. Louis County Parks, NRPA and more than 30 partners who contributed funding or in-kind services or materials to the park. The city, county, and NRPA continue to collaborate with vendors and volunteers for operations and maintenance.

“When I walked up this morning, I could hardly keep from tearing up, it’s so wonderful,” then-St. Louis County Councilwoman Hazel Erby said when it opened in 2016. “Wellston deserves it. Our children deserve it. Our families deserve it. There are good things happening here.”

The other winner is the 5-acre Domino Park, part of the transformation of the former Domino Sugar Factory site in Williamsburg, Brooklyn, which has served nearly 3.5 million visitors since opening in June 2018.

“Equitably accessible quality open spaces are increasingly understood as vital to the physical, social and economic health of urban neighborhoods,” said jury Chairman Antonio Fiol-Silva, founding principal of SITIO architecture + urbanism in Philadelphia. “In their own particular contexts Domino and Trojan Parks are two brilliant examples of the profoundly positive impact that such spaces can have in the lives of their communities. That both civic spaces are the product of private sector initiatives makes them even more remarkable.”

The winners were selected from an impressive collection of entries representing urban areas from across the U.S. and Canada. Projects were eligible for the award if they were predominantly outdoors and had been open to the public at least one year. The jury selected the finalists based on a range of criteria, from accomplishment of the team’s vision and goals, to sustainability and resilience, to community engagement and economic impact, among others.

“We have so much pride and dedication and commitment to our community, to ourselves and to each other,” Mayor Griffin said.

“If kids don't have some way to release their energy in a positive way and have a positive place to go with positive people around them, they're eventually going to go the negative route. That's what I want to get this community to be where these kids – everywhere they go, every day, they're around positive influences so that way they become a positive product of our community.”

The Urban Open Space Awards Competition is a key element of 10 Minute Walk, a joint effort by the Urban Land Institute, The Trust for Public Land, and the National Recreation and Park Association, that is working to create a world in which, by 2050, all people live within a 10-minute walk of a park or green space.