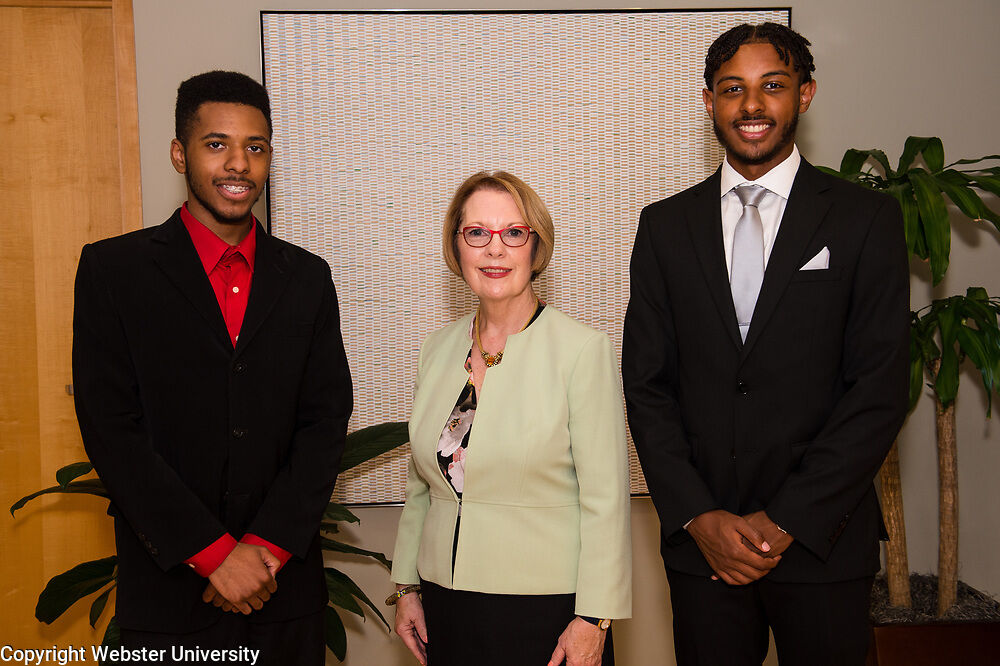 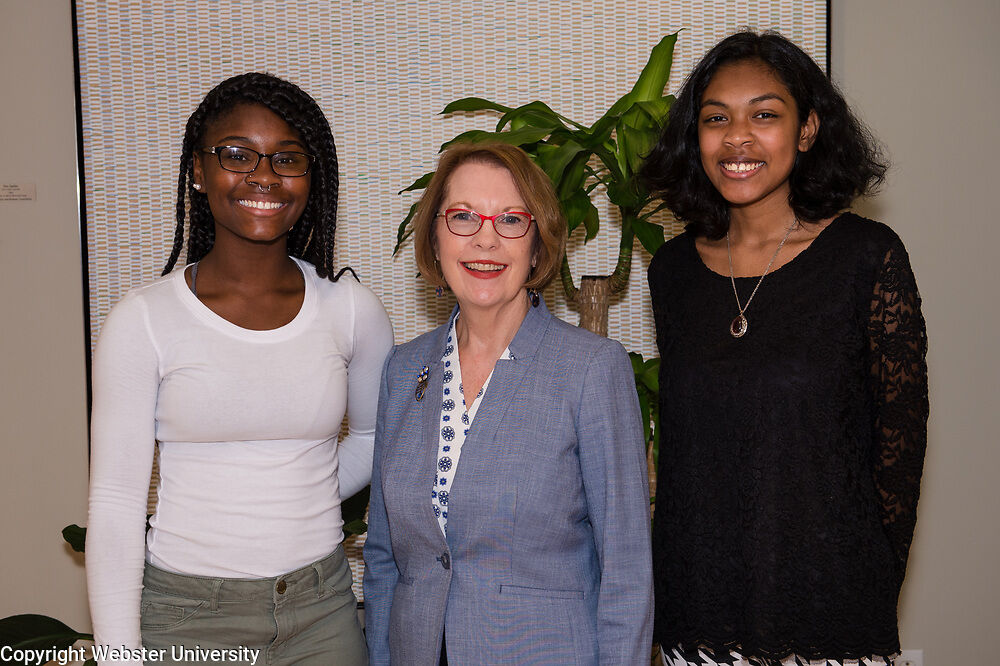 Webster University has increased by a factor of five the number of scholarships it will offer every year to academically talented undergraduate students from ethnic groups typically under-represented in higher education, in the name of Donald M. Suggs, publisher and executive editor of The St. Louis American.

“We know these students are engaged and talented and will become leaders on campus,” said Chancellor Elizabeth (Beth) Stroble. “We look forward to their contributions in the classroom and in the community during their time at Webster. We have confidence they will make their mark in their world when they leave us.”

These scholarships are being instituted at a time when institutions of higher learning are reeling from the COVID-19 pandemic and its economic impacts along with everything and everyone else, so it’s a remarkable time to dramatically increase a scholarship program. The university is investing over $1 million on its new cohort of 10 entering Suggs Scholars.

“One of the most surprising aspects of this is, I won’t say it was easy, but I also would say it was not hard” to get the university’s leadership team to agree on doing it, Stroble said.

“We all came together and agreed this was meaningful and impactful and true to Webster’s values and mission, and it was not difficult to agree: ‘let’s go big and go to 10.’”

Why, in an effort to increase the university’s impact on under-represented students, did it turn to this namesake scholarship in particular?

“I first met Dr. Suggs when I started here in 2009, when he was a member of our Board of Trustees. I soon learned to tap into his wisdom, expertise and knowledge of the area to help me be a more effective leader,” Stroble said.

“He is not a member of our board now, but I still consider him a mentor and advisor to me. He helped me to understand that we are living in a community with many challenges and issues, and each of us has to find a way to make it better, to follow his example of how to make it better however you can, and this is our way to make a difference.”

The 10 new Suggs Scholars join a cohort of five who are still on campus. Those students and their majors are Jovan McBride (Management), Jalen McBride (Management Information Systems), Henok Moges (Exercise Science), Brennae Jackson (Education) and Tekoa Bell (Political Science). The current and incoming Suggs Scholars already have introduced to one another in an online meeting.

“To have such large number of scholarship students will enable them to build a supportive structure among themselves,” Stroble said. “Now they will be able to create a peer mentor structure.”

“The Donald M. Suggs Scholarship meant the world to me because I could pursue a college degree without constantly worrying about an extreme financial burden,” said Tyler, a 2014 Suggs Scholar. “I feel more confident about my dream to work in the video/film production field.”

Tyler also added a credit of video intern at The St. Louis American while completing his degree.

“Josh saw Dr. Suggs as someone who guided and advised his next steps, and Josh even adopted into his lifestyle something that I, too, have heard Dr. Suggs say: ‘but for,’” Strobe said.

“‘But for teachers, but for donors, but for parents, but for family,’ none of us would live the lives we live. We don’t do it alone. Josh understood that. Even as an undergrad, he gave back to others. I hope our current and new Suggs Scholars also pay it forward, give back, and open doors for others.”