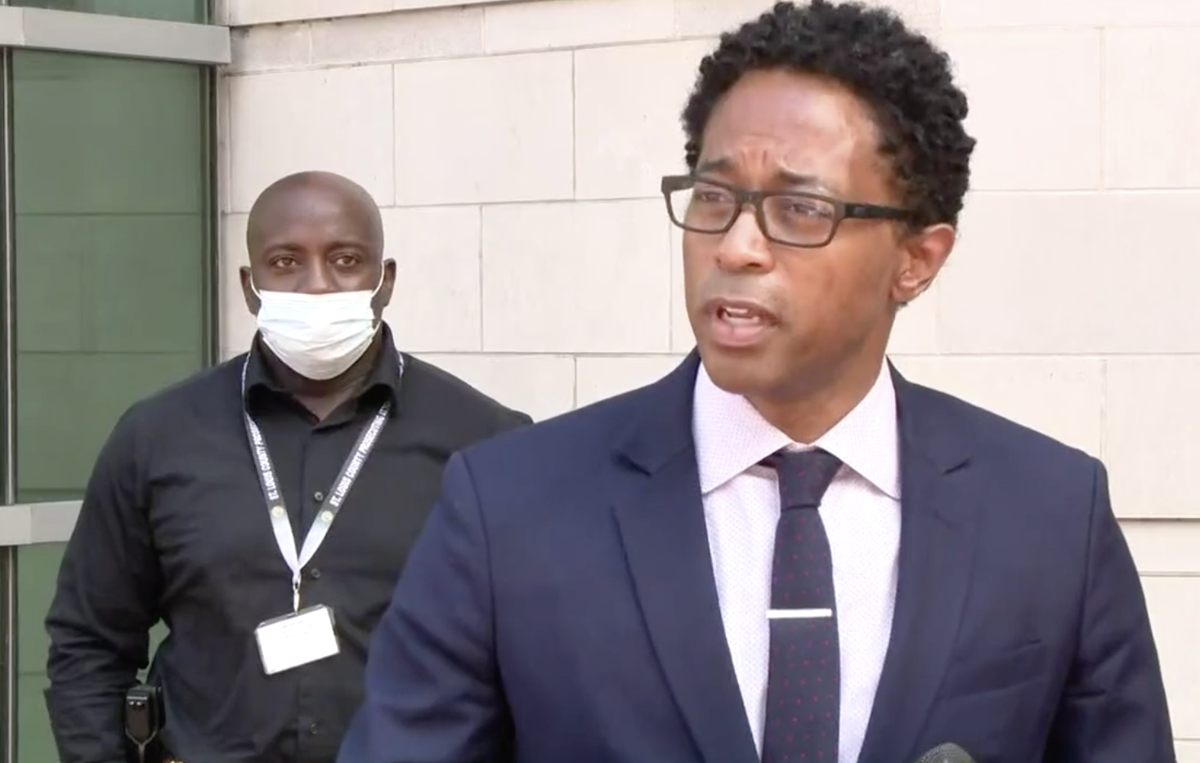 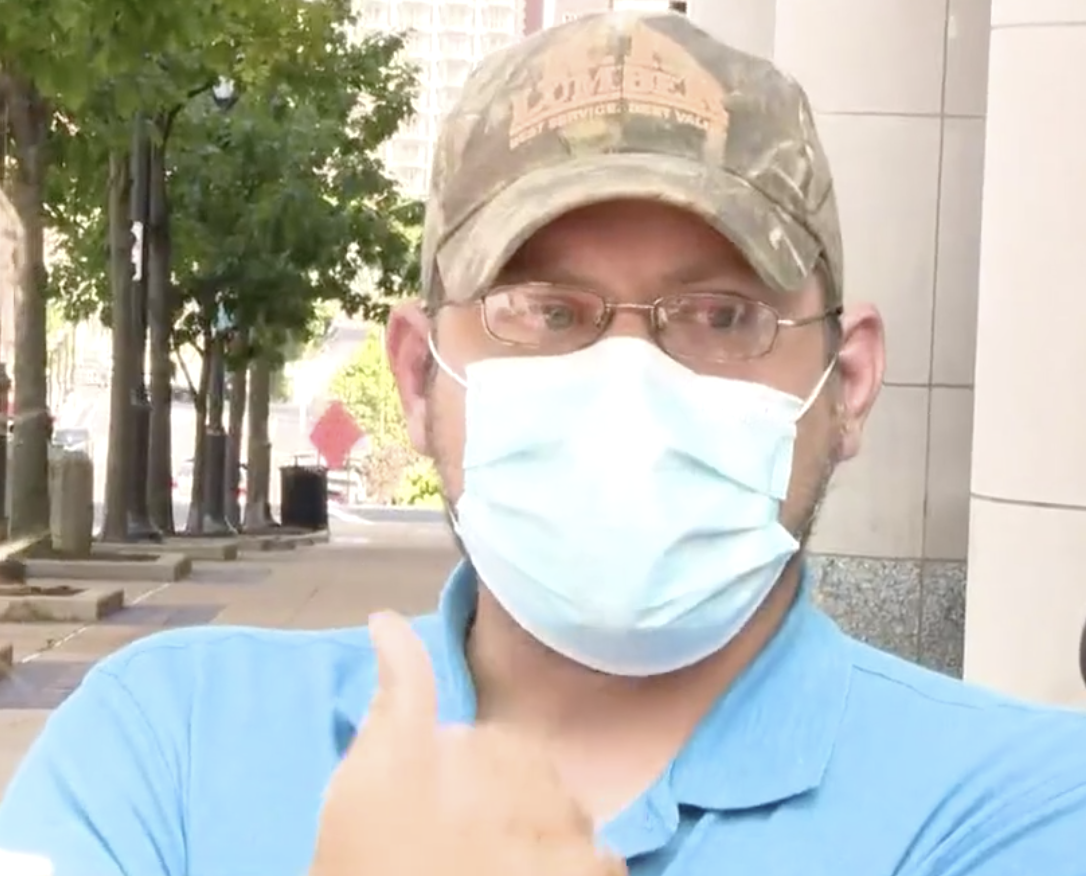 St. Louis County Prosecutor Wesley Bell has charged two Velda City Police officers with first-degree assault, a Class A felony, and armed criminal action, an unclassified felony, for shooting at a car during a traffic stop.

“The law is clear on when deadly force is appropriate,” said Bell, during a press conference on Friday, July 24, “and this was an ordinance violation. This was a traffic stop. Using deadly force in a situation like this is not legal or justified.”

On February 25, Officers Christopher Gage, 37, and Matthew Schanz, 33, engaged in a traffic stop of a motor vehicle with expired temporary tags at the intersection of West Florissant and Octavia avenues, according to the probable cause statement.

Gage and Schanz said they smelled an odor of marijuana coming from the vehicle, and Gage told the driver, who is referred to as A.A., that they were going to search the car, according to the statement.

“This officer was going to search the car without probable cause,” Bell said.

Gage said he would arrest him if they found marijuana, and the driver fled down Octavia.

“At this point, Defendant Schanz falsely reported over his police radio that A.A. had tried to run them over,” according to the probable cause statement. “A.A. turned around at the end of the block because he was on a dead-end street.”

At that point, the two officers were standing in a small parking lot. But when the car came back down the street, Schanz walked out into the middle of the roadway and yelled to stop, it states.

Schanz fired his handgun as the car was coming towards him, then when it drove around him and he continued firing as the car drove past him and into a busy intersection, Bell said.

The driver was hit by the gunfire and suffered “serious physical injury.”

“What the officers did was against the law,” Bell said. “There is audio and video of this matter. Once the car passes, there is no fear at this point. This was, at best, an ordinance violation.”

The St. Louis County Police Department investigated the incident and referred to charges to Bell’s office on June 23. Bell’s Conviction and Incident Review Unit, which is independent from the rest of the prosecutor’s office he said, is handling the prosecution. Both officers have a bond set at $75,000, but are authorized to pay 10 percent to remain out of jail.

Schanz was on his way to turn himself in and pay his bond when he saw the press conference going on, he told the press. He explained that he “feared for his life,” and he has been on paid medical leave for the past five months, due to the PTSD of the shooting. Both officers have 10 years of experience as officers, he said. Schanz said he worked for the St. Louis Metropolitan Police Department for six of those years.

“I would not have done anything differently,” Schanz said. “It’s sad really, if you ask me, that police officers around the country are going through this.”

The Riverfront Times reported that Schanz previously was forced out of the St. Louis Metropolitan Police Department following a 2013 incident when he was charged with domestic assault and resisting arrest, though the criminal charges were dropped.