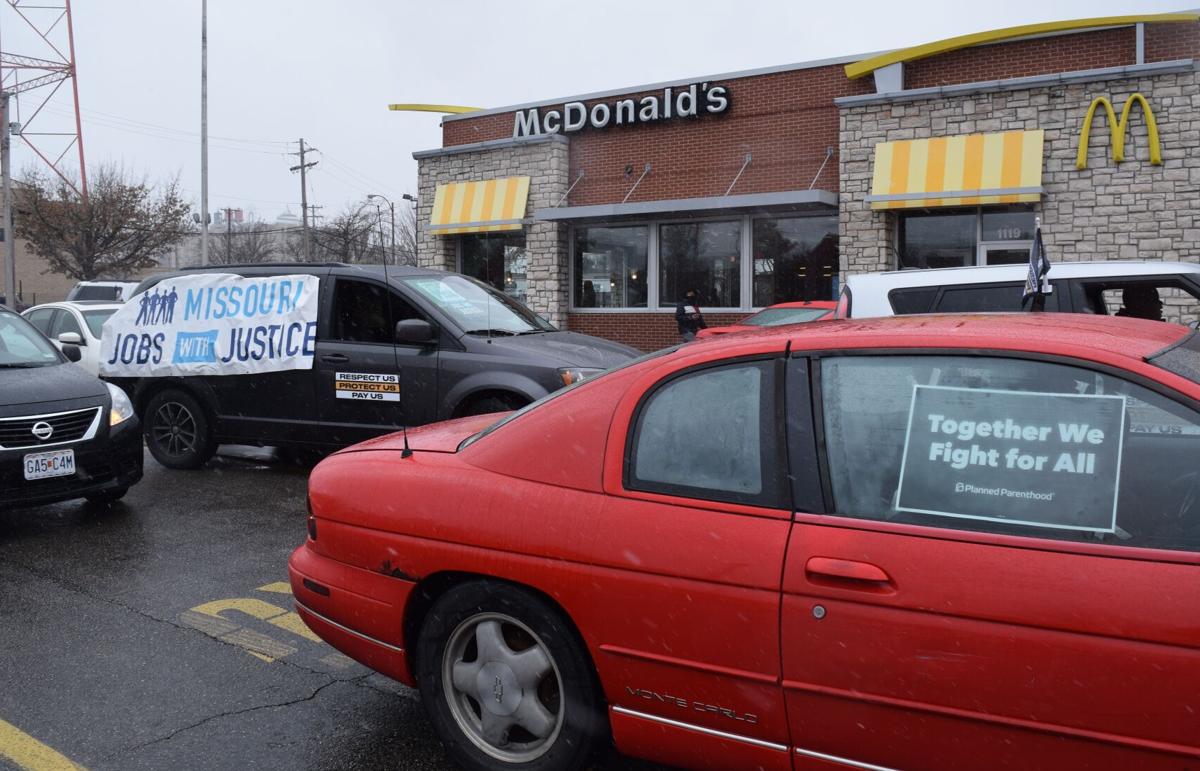 Cars shut down the McDonald's drive thru Friday afternoon at 1119 N. Tucker Avenue in protest for fair wages and better treatment. 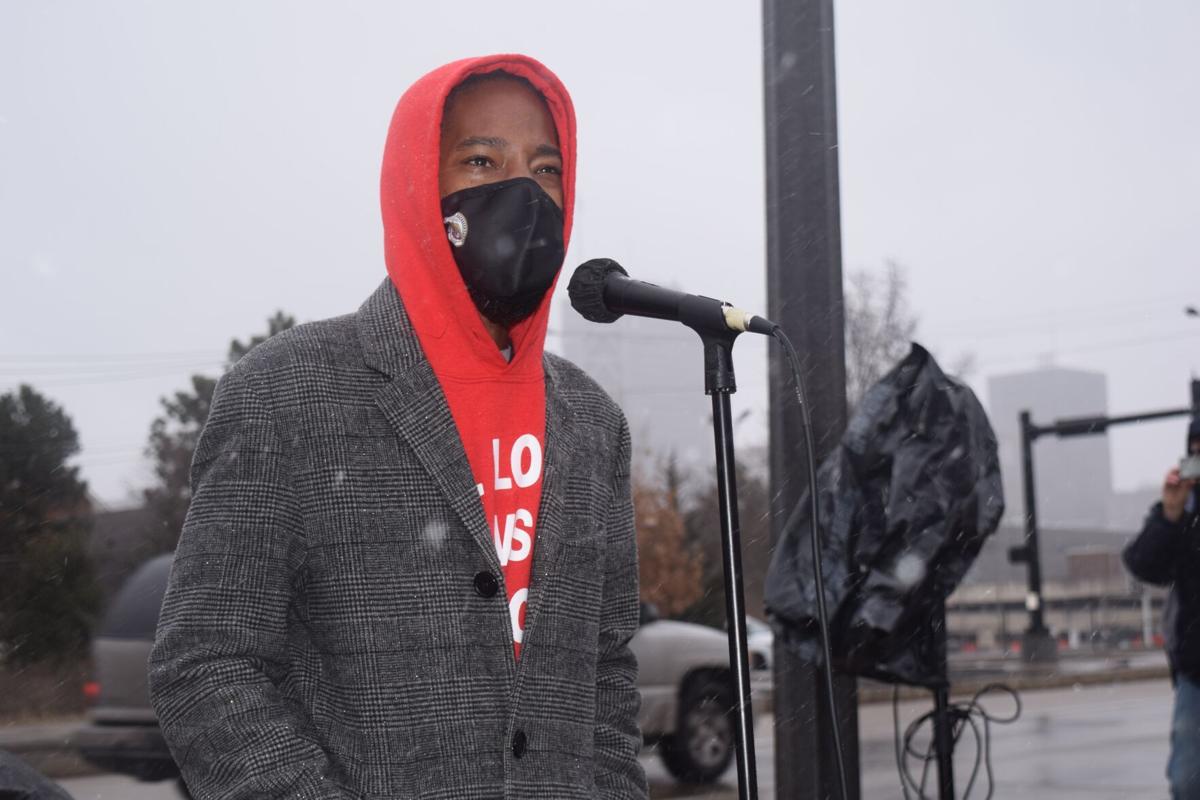 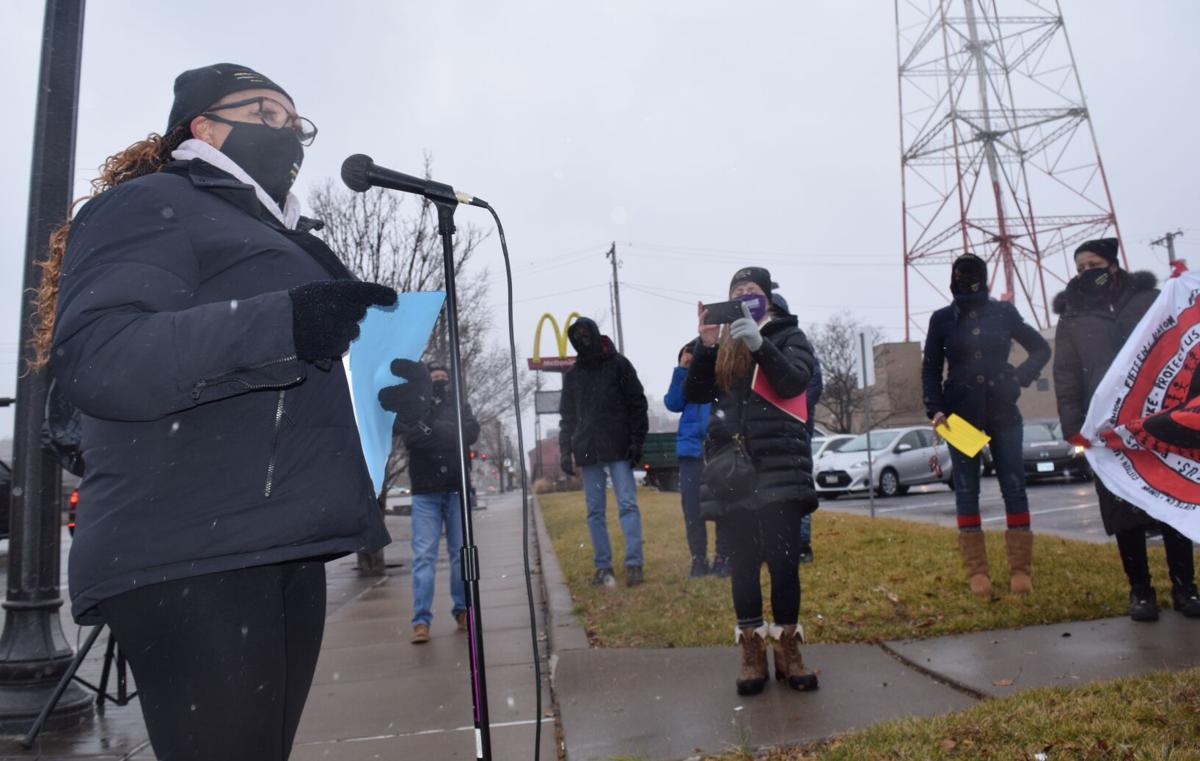 Shunda Whitfield, a healthcare provider and member of the SEIU, speaks to the protest crowd Friday afternoon at McDonald's, 1119 N. Tucker Blvd.

Protesters Friday afternoon shut down the McDonald’s drive-thru on North Tucker Boulevard, calling for a $15-an-hour wage, as well as racial and economic justice.

This protest in St. Louis was one of 15 in cities throughout the country Friday calling for a raise in minimum pay to $15 an hour, which organizers said would lift wages for nearly 40% of Black workers and reduce the racial wage gap.

St. Louis fast food employees were joined in the protest by Missouri District 78’s Democratic Rep. Rasheen Aldridge; the Rev. David Gerth, who is the executive director of the Metropolitan Congregations United; members of Services Employees International Union Healthcare Missouri/Kansas; and other organizations.

“What we’re doing today, we’re making history,” Aldridge said to the group. “When people read about this movement they are going to read about … all the workers who have made history. Not just in the state of Missouri, not just in Illinois, but all across this country.”

Aldridge was elected in 2019. District 78 encompasses the Old North St. Louis neighborhood, south to Soulard, east of I-55, and Benton Park to the northern border of Dutchtown.

Fight for $15 organizers plan to challenge the President-Elect Joe Biden’s administration to raise the federal minimum wage — which has been $7.25 for more than 10 years — to $15 in its first 100 days.

“We’re going on strike on Martin Luther King’s birthday because his fight for racial and economic justice lives on in our fight for $15 and a union,” St. Louis McDonald’s worker Ciara Harris said in a statement.

“It's a struggle to afford basic needs like diapers for my 6-month-old daughter with what McDonald's pays me. It's time workers like me finally stop having to live paycheck to paycheck."

Shunda Whitfield, a certified nurse assistant and member of the SEIU,  also spoke.

“I just feel like until all of us come together and really speak up about what's really going on and let our voices be heard, we really are not even going to matter to the employers or nobody else,” she said.

Alexis Straughter is an organizer with SEIU and was protesting in her car in the drive-thru. She said she came out to fight for a $15 minimum wage.

“The message that I want to bring across the city is that everyone should be able to get a fair wage and be able to take care of their families,” she said. “That’s not happening across the fast food industry nationwide.”

The shutdown began around noon and cars began to clear out around 1 p.m.