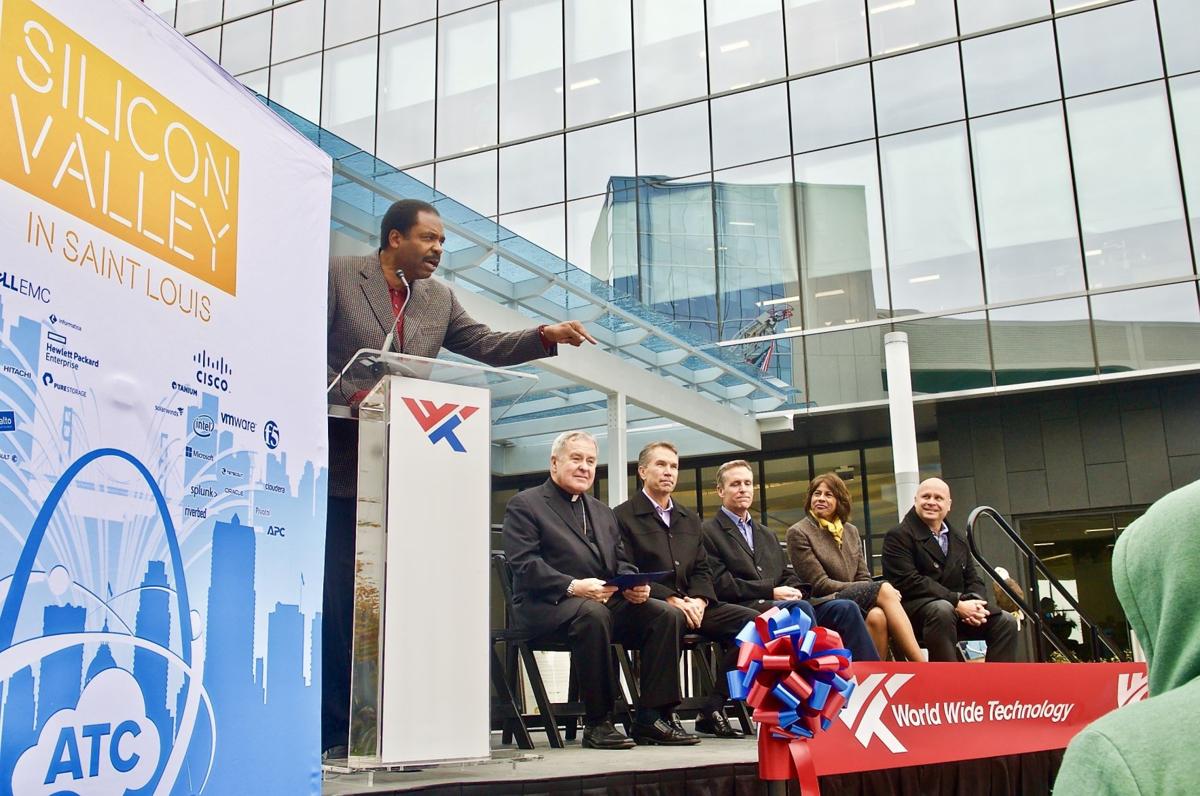 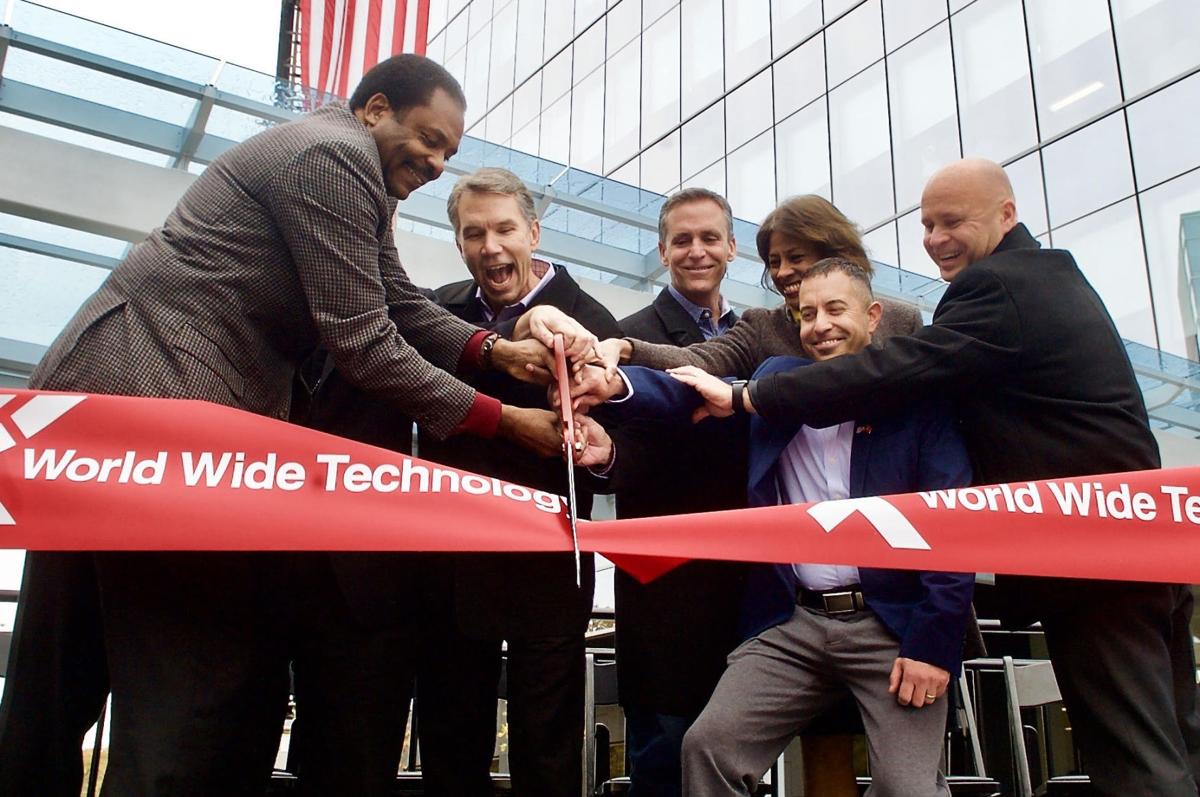 Outside the seven-story, 208,000-square-foot building that will serve as the company’s new corporate headquarters in Westport Plaza, Steward spoke to his employees and other observers about WWT’s growth since its founding 27 years ago.

“After all the time that we have been in business, to see this sight and to live this day is extremely, extremely important for not only us in the business, but to me very personally, as I see all of you,” Steward said. “No one does anything alone. This is a council of many. It’s a wise council.”

The speakers were occasionally interrupted by eagles flanking the side of the stage on the arms of their handlers, a patriotic touch for a company that recently hired retired U.S. Army Lt. General Bob Ferrell as its vice president of federal strategy and has a substantial book of business with the federal government.

“Our vision is to be the best technology solution provider in the world,” Kavanaugh said.

WWT has over 4,000 employees, , including about 2,000 in the St. Louis region, and operates 20 facilities. The new company headquarters features a 300-seat auditorium and one of the largest LED screens in North America. It also features outdoor terraces designed to host public events and aid in the revitalization of Westport Plaza.

Kavanaugh told St. Louis Public Radio he expects WWT’s employee count to hit about 4,500 by the end of the year. The company is expanding at its logistics center in Edwardsville as well as in Washington, D.C. Kavanaugh told St. Louis Public Radio the next phase of building would occur at World Wide Technology’s former headquarters, just a few blocks away, which is now the new technology campus.

Kavanaugh said the new headquarters was designed to create an open workspace that would foster collaboration and innovation. “It is very open, very collaborative, very inviting, but also it’s a very practical, very functional workplace,” he said.

Vice President of Human Resources Ann Marr said the construction of the new headquarters was done with diversity in mind. The prime general contractor on the joint venture with Clayco was black-owned TW Constructors, a local contracting company focused on “advancing the minority workforce in St. Louis.” WWT self-reported 36.8 percent for minority- and women-owned business on the project.