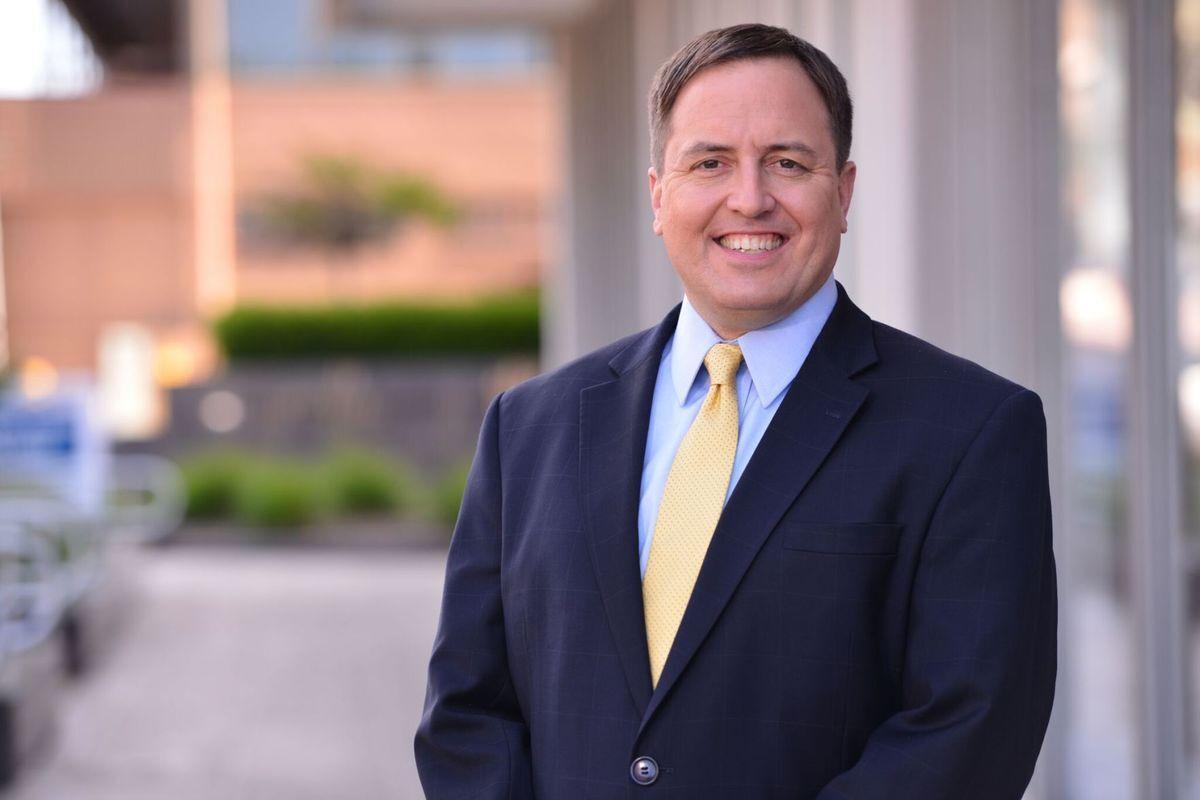 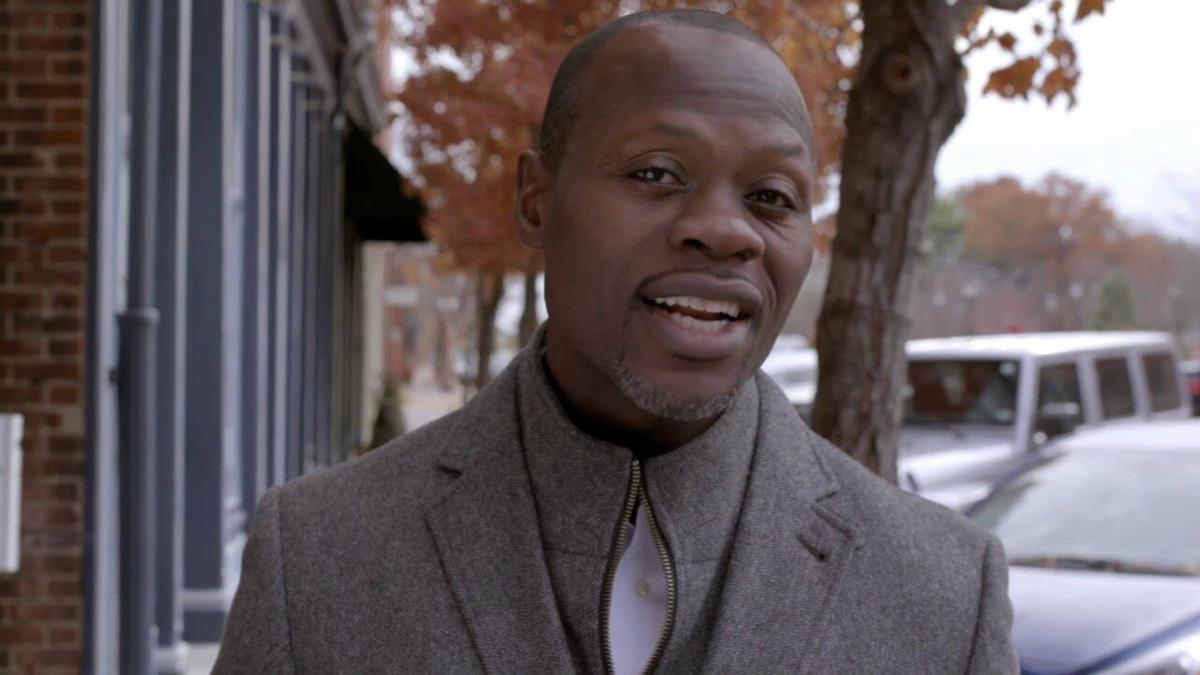 In Missouri, the secretary of a state – as most regular voters know – oversees elections. This fact is known best of all by political candidates and campaign operatives, who are compelled to do business with the secretary of a state, and who glue their eyes to the state’s secretary of state’s website on election night to watch the reporting of statewide election results. Those high-voting citizens who take the law into their own hands by framing ballot initiatives also know all about the state’s secretary of a state, since that office oversees the ballot initiative process and, very importantly, crafts and approves the ballot language for each initiative. And business owners do business with this office, which oversees the registration of businesses in the state.

Since 2016, Missouri’s secretary of state has been John “Jay” Ashcroft, who should know a thing or two about elections. His namesake father John Ashcroft ran enough campaigns. The senior Ashcroft would eventually hold a handful of the most powerful elected positions in this state and nation, but he started out a loser. In 1972, Ashcroft senior lost his first-ever campaign for Congress. When the state auditor from his Republican Party won the race for governor and appointed Ashcroft to the vacant seat of state auditor, Ashcroft lost his first race for auditor in 1974; his opponent campaigned that Ashcroft was unqualified because the auditor should be an accountant and Ashcroft was not. Amazingly, in Missouri a candidate once needed to be qualified to hold office and Democrats used to win as many statewide races as Republicans, if not more.

Ashcroft senior started to win elections in 1976, when John Danforth left the state attorney general office open to run for U.S. Senate and Ashcroft won it. Daddy, if we may so call him, was reelected Missouri attorney general in 1980, then elected governor twice (in 1984 and 1988); he is, unbelievably, the only Republican ever elected Missouri governor twice in a row. In 1994, Ashcroft once again grabbed Jack Danforth’s tuxedo tails and was elected to succeed him in the U.S. Senate.

Then, in 1998, Daddy went out of electoral politics the way he came in, as a loser, and in the strangest of ways. Voters chose a dead Democratic challenger, Mel Carnahan, over the Republican incumbent; Carnahan’s widow, Jean Carnahan, had said she would serve her late husband’s term should he be elected even after he died in a plane crash. Yes, there was a time not so long ago that even dead Democrats could win a statewide race in Missouri.

So, Jay Ashcroft must have hung by Daddy’s side on many election nights, anxiously following the news from the Missouri secretary of state to see whether Daddy won (as he did four times, not counting his primary victories) or lost (as he did three times). Those numbers must preoccupy junior. “Ashcroft” is one of the best-known and most-powerful names in Missouri politics, but the man who made that name famous barely won more general elections than he lost.

Junior stayed on-brand by losing his first race for elected office in 2014. Born on political third base, the junior Ashcroft could not cross the plate in his race for Missouri Senate, losing to Jill Schupp. (Schupp has a chance to cement her image as Republican giant killer on November 3, when she faces Republican four-term incumbent Ann Wagner for U.S. Congress. That’s why Schupp suddenly started voting like a Republican in the state Senate.)

Junior outdid Daddy by winning his second race, even though Daddy lost his first general campaign for state auditor running with the huge advantage of being an appointed incumbent. After handily defeating a state Senator, Will Kraus, in the Republican primary, junior crushed a first-time opponent in the general election by more than a half-million votes.

That election should worry junior’s Democratic opponent on November 3. The Democrat whom Ashcroft crushed was a first-time candidate and an African American; she also was a celebrity, at least in the state’s largest city; Robin Smith retired as KMOV news anchor to run for office. This should concern junior’s Democratic opponent on November 3, because he also is a first-time candidate and an African American. He also lacks the edge of celebrity in any city. Finally, rather than the eminently familiar name of “Robin Smith,” he will appear on the ballot as “Yinka Faleti” – a beautifully musical Yoruba name, with “Yinka” meaning “surrounded by wealth,” as any candidate for statewide office needs to be to win (and Faleti is, in fact, doing very well raising funds). But it’s also an identifiably foreign name in a state with a lot of xenophobes who vote.

Then, there is the Black thing. Missouri voters have never elected a Black person to statewide office. As Robin Smith found out the hard way, even a euphonious name, half a state of celebrity, and a face made for television will get a Black person crushed by half a million votes. Even Barack Obama in that weirdly non-racial season of change of 2008 lost Missouri, though only by 4,000 votes. Four years later, even running as the incumbent with universal name recognition, he lost to Mitt Romney – not a name heard often in Missouri at the onset of that campaign – by a quarter-million votes. And that was when the Republican Party was just starting to rediscover the great power that racism possesses to scare and unify white voters, especially in states like Missouri, where a racist casino operator and self-confessed woman fondler beat Hillary Clinton (formerly Obama’s secretary of state – the federal, diplomatic variety) by more than a half-million votes.

Yinka Faleti has one major advantage over the junior Ashcroft, if junior remembers the election that Daddy lost as an incumbent. Like Daddy, who is not an accountant and had no business being an auditor, Ashcroft has no business overseeing elections. He has proven that for the past three-plus years. He made an issue out of voter photo ID, when there literally is zero evidence of voter fraud in Missouri history that would have been prevented by voters showing photo ID. What a photo ID requirement does is make it harder for people to vote who happen to skew Democrat as an aggregate: students, people who don’t drive an automobile, older Black people.

Now, during a pandemic when the Missouri Legislature provided new public-health protections by making it possible for people to vote by mail, Ashcroft has advised people not to bother voting by mail because it is less likely that their vote will be counted. That is largely because the head of his Republican Party is criminally sabotaging the U.S. Postal Service to disenfranchise people. Trump knows what he is doing; he has said publicly that Republicans lose high-turnout elections. Ashcroft knows what Trump is doing. When it is Ashcroft’s sworn duty to protect the rights to vote and to have one’s vote counted, he instead goes along with a scheme of disenfranchisement.

Faleti is campaigning relentlessly on this theme, and his promise to uphold the duties and values of the office of secretary of state of the state is backed up by what should be understood in Missouri as the most noble public service: he is a U.S. Army veteran.

For these reasons, Ashcroft versus Faleti looms as a litmus test of white Republican entitlement versus Black Democratic qualification. Does Missouri want a secretary of state who does not do his job just because he is white, Republican and named “Ashcroft,” rather than Black, Democrat and named in Nigeria? Vote on November 3 and help answer that question.