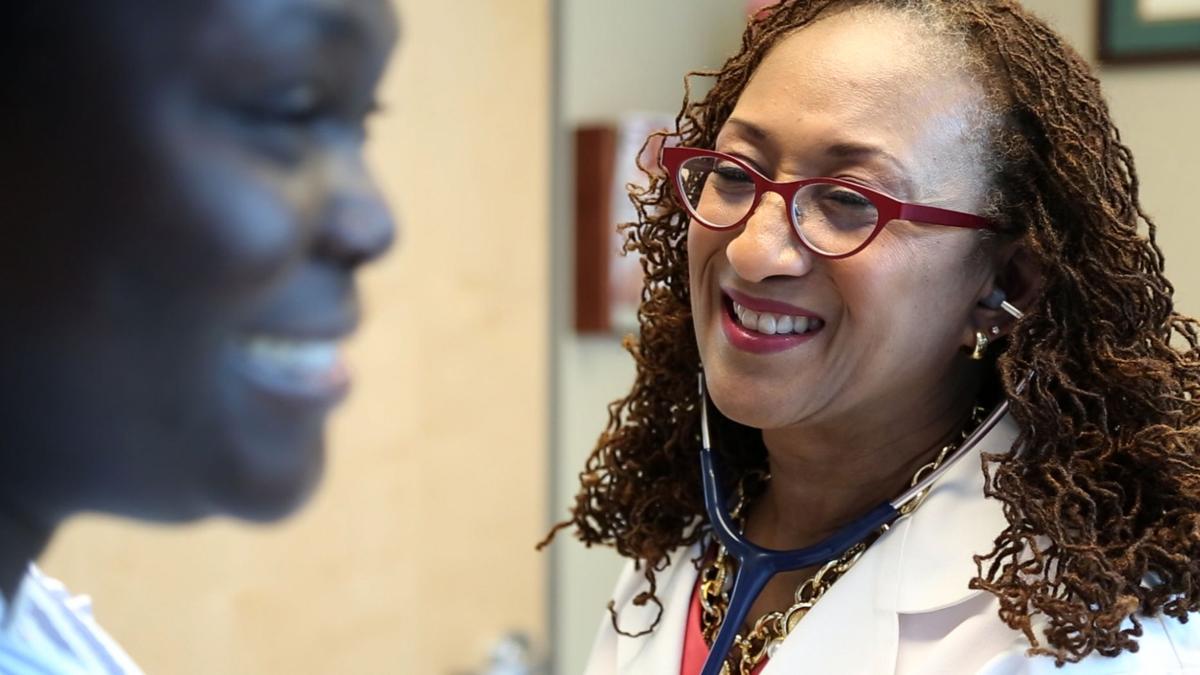 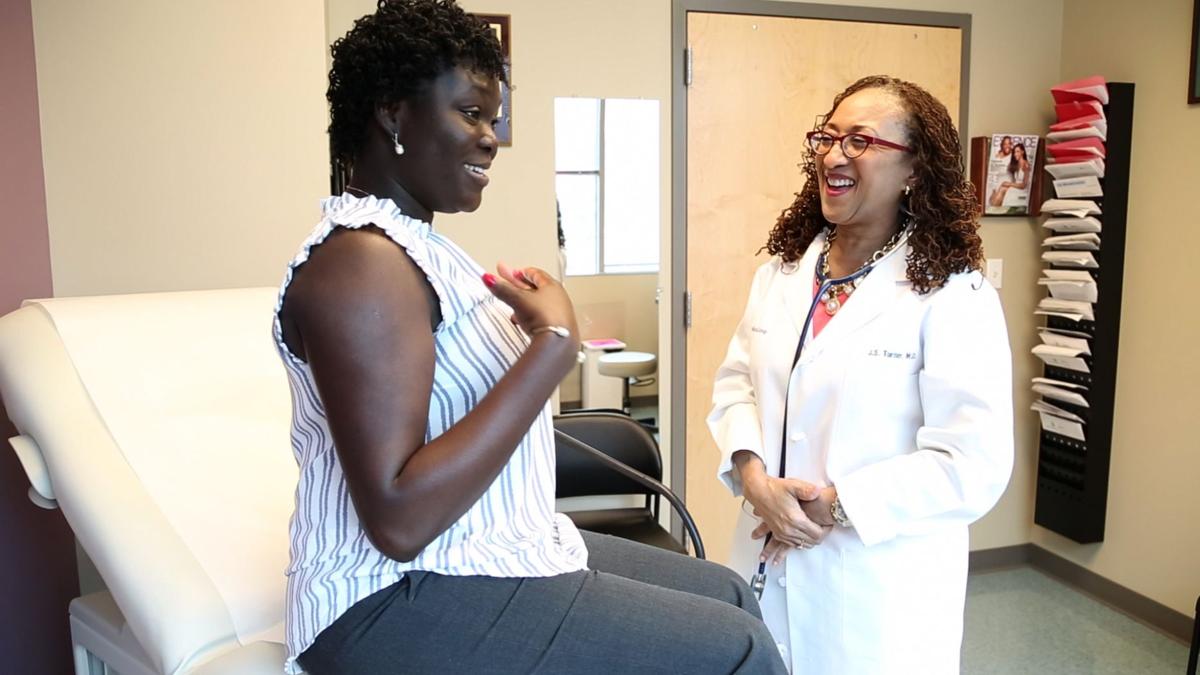 Dr. Jacqueline Turner has delivered somewhere around 5,000 babies during her 30 years practicing obstetrics and gynecology.

“It has happened on many occasions, when I’ll go to a delivery and have a room full of relatives of the patients and will have delivered babies for everyone in the room – which is a great feeling to have,” Turner said.  “We take care of a lot of families that way.”

Growing her private practice is one of Turner’s proudest professional achievements, she said.

When she completed her residency at Harlem Hospital, Turner came to St. Louis in 1987 to serve at Grace Hill Community Health Center, where she stayed for more than seven years before she went into private practice. Over the years, she added a nurse practitioner and a second doctor to her practice, called West End Ob-Gyn. Then in 2008, they became part of the BJC Medical Group and relocated to her current office near the St. Louis Community College - Forest Park campus.

“If I had to describe Dr. Turner in one word, it would be ‘dedicated,’” said Amy Elliott, a patient who has been with Turner for 12 years. “Her patients come first to her, and she treats each of us with the same level of respect and care. She is truly a caring individual, and her level of professionalism deserves to be recognized.”

On Friday, April 28, Turner will receive the Stellar Performer Award at the Salute to Excellence in Health Care Awards Luncheon, an event whose net proceeds fund college scholarships through the St. Louis American Foundation.

Aside from her practice, Turner is also on staff at Barnes-Jewish Hospital and participates in training residents and medical students.

“Although I now call her my colleague, it was not that long ago that I trained under Dr. Turner,” said Colleen McNicholas, assistant professor in Washington University School of Medicine’s Department of Obstetrics and Gynecology.

“She has long been involved in resident training, is universally respected both as a wonderful, skilled, and compassionate physician, but also as a great example of physician composure and poise in the face of medical emergencies.”

Born in Wichita, Kansas, Turner has fond memories of her father, who was a dedicated pharmacist who owned a small drugstore in Wichita’s black neighborhood.

“He remembered all of his patients,” Turner said. “He knew all of their prescriptions by heart.”

Her mother was a preschool teacher.

“We have two sons ages 24 and 26, and my 92-year-old mother still lives with us after coming to help after the youngest was born!” Turner said.

After high school, she went to the Massachusetts Institute of Technology where she received a bachelor’s degree in biology. She earned her medical degree from Tulane University. She received a National Health Service Corp Scholarship, which financed her education and committed her to work in a physician-underserved area after completion of her medical training. So in 1983, she then moved to New York City and completed her residency at Harlem Hospital in New York City.

“While living in New York, I met my husband Melvin Tann,” she said. “He moved here to join me and attended Washington University and received his master’s degree in social work.”

Tann practices individual and family therapy at his office in Clayton.

One of Turner’s biggest passions is her work at Planned Parenthood, where she currently serves as a board director.

“It’s a very important service,” Turner said. “Planned Parenthood is for a lot of women their first provider of reproductive health services. It serves students and people who are uninsured. People who are on Medicaid make up a large percentage of the people who go there. And there are really not a lot of providers who are able to pick up that slack if Planned Parenthood didn’t exist.”

She is also on the board of the Mound City Medical Forum, which is the state chapter of the National Medical Association, a national organization representing African-American physicians.

Turner delivered her last baby in January, and she now plans on concentrating her practice on gynecology – which will allow her to spend more time with her family, she said.

“Not only is she patient, understanding and a well accomplished physician, she’s cool,” said Mary Williams, communications coordinator at Barnes-Jewish Hospital and one of Turner’s patients. “Dr. Turner has a very calm spirit and peaceful demeanor. Her presence makes me feel more comfortable.”

Tickets for the 17th Annual Salute to Excellence in Health Care Awards Luncheon on Friday, April 28 at the Frontenac Hilton are $750 per table for VIP/Corporate seating and $50 each/$500 table for Individual seating. To order tickets, call 314-533-8000 or visit www.stlamerican.com.

You must be logged in to react.
Click any reaction to login.
Salute to Excellence: Healthcare Luncheon

Riverview Gardens celebrates Class of 2020 with a parade

Trump’s whispers and the killing of George Floyd

Officers should be charged with murder of George Floyd

COVID-19 and running with Ahmaud Arbery