Tajudeen “T.J.” Soyoye played two seasons for Mizzou Basketball from 1999-2001 as a junior college transfer from Meridian Community College. He earned his bachelor’s degree in biological sciences at MU. 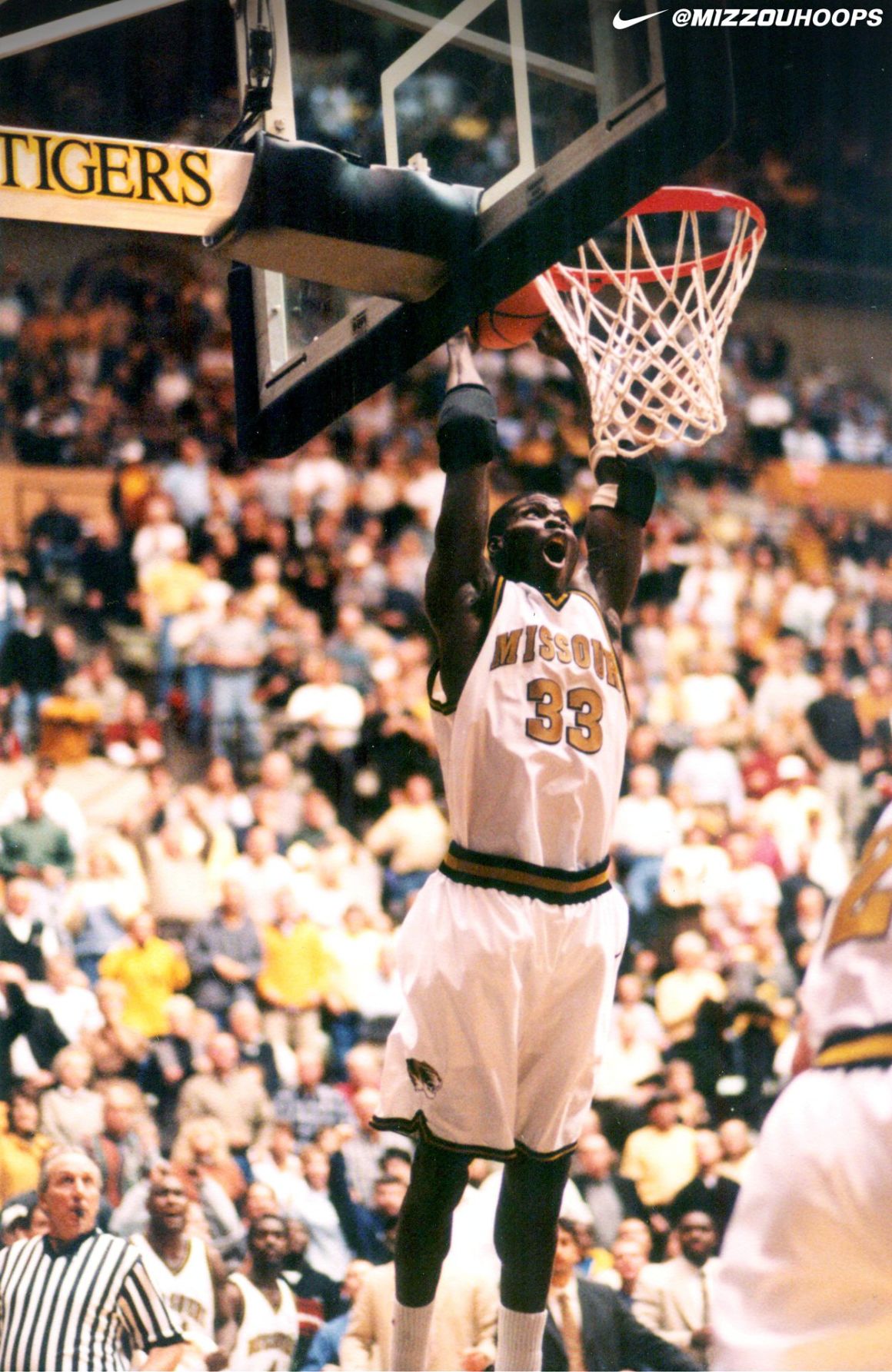 Tajudeen “T.J.” Soyoye played two seasons for Mizzou Basketball from 1999-2001 as a junior college transfer from Meridian Community College. He earned his bachelor’s degree in biological sciences at MU.

COLUMBIA, Mo.ー The discipline Tajudeen “T.J.” Soyoye forged on the Hearnes Center hardwood as a student-athlete now guides the University of Missouri alumnus with a sense of calmness and purpose as he cares for patients as an emergency room physician on the front line of the nation’s COVID-19 pandemic.

Soyoye played two seasons for Mizzou Basketball from 1999-2001 as a junior college transfer from Meridian Community College, where he graduated with honors and made the National Junior College Athletic Association’s Men’s Basketball All-American First-Team in 1999. He said the daily routine he established at Mizzou helps him today at Piedmont Columbus Regional Northside Hospital in Columbus, Georgia, about an hour and a half outside Atlanta.

“Basketball gave me structure, discipline and a routine,” Soyoye said. “During the school year, my chemistry class was typically at 7:30-8 a.m. I would wake up at 6 a.m. and work out before going to class. I would also spend summers waking up at 5:30 a.m. and doing research in the lab with my mentor. I kept myself busy. That work ethic carried on into my residency and now as an ER physician.”

Soyoye’s father, a traditional healer in Nigeria, first introduced him to the practice of medicine. Soyoye said it fascinated him to watch people come to their home with a health issue and leave with a completely different expression and body language than when they first arrived. That fascination later turned into a dream to study Western medicine, and eventually become a physician.

“Say someone comes into the emergency room with shortness of breath,” he said. “If we can fix them by giving them the care that they need, and they start feeling better, their resulting expression is fascinating to me.”

By traveling the world as a youth to play basketball for the Nigerian national team, the 6-foot-9 Soyoye was recruited by U.S. college basketball programs, including Indiana University and University of Southern California, but settled on Mizzou because he fell in love with the people at MU and in Columbia. He recalled playing the University of Kansas in the Border War’s basketball rivalry.

“Mizzou loves their athletic teams,” Soyoye said. “Imagine playing in front of a full house, 20,000-25,000 people, who are all having fun. We really didn’t have to do too much to get fired up before playing Kansas because the city would get you ready.”

Soyoye earned his bachelor’s degree in biological sciences during those two years at Mizzou.

“As I was playing, I was making sure I was taking care of business in class, too,” he said. “I knew I needed good grades to be able to apply to medical school at some point and end up in residency.”

Soyoye’s first stay in Columbia as a student-athlete wouldn’t be his last. After trying out for the National Basketball Association’s Dallas Mavericks and New York Knicks, he played two years of professional basketball in Spain. Following his years in Spain, Soyoye wanted to revisit his dream of becoming a physician.

After finishing medical school at American University of Antigua, Soyoye returned to Mizzou to complete his residency. Soon after, he opened Columbia Urgent Care in Columbia in response to a need he saw for urgent care on the north side of the city.

Soyoye said his membership with the Egbe Omo Oduduwa — the local chapter of the National Association of Yoruba Descendants in North America — helped him feel at home in Columbia because his involvement with the group encouraged him to stay connected with the local Nigerian community.

Soyoye currently owns a house in Columbia and commutes to Missouri to fulfill his hospital privileges at Capital Region Medical Center in Jefferson City.

Soyoye, who loves to travel, also has medical licenses to practice in the states of Georgia and New York. Now, treating patients on the front line of the COVID-19 pandemic as an ER physician in Georgia, he is reminded of watching people leave his boyhood home while growing up and his father’s ability to help people in need.

“In this crisis, we are the front line — the first ones that will see the patient, access the patient and determine what the patient needs,” Soyoye said. “We have to anticipate what is needed — when to intubate them, when they need to be on a ventilator and whatever else they need you to do. The patient’s life depends on you. If you don’t do the right thing in the next minute or so, the patient could be gone. Everyone is scared. Everyone is moving away from each other. We are walking into this crisis carefully.”

As he continues to treat patients during the pandemic, Soyoye is grateful for his Mizzou roots.

“If you want to be an exceptional student, you work hard at something and you are able to achieve it,” he said. “I owe it to Mizzou — they gave me the opportunities with my medical degree and athletic scholarship to be where I am now.”