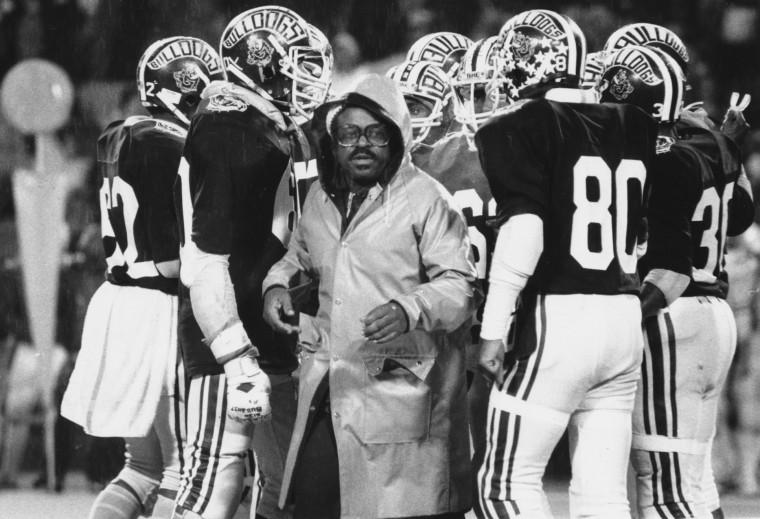 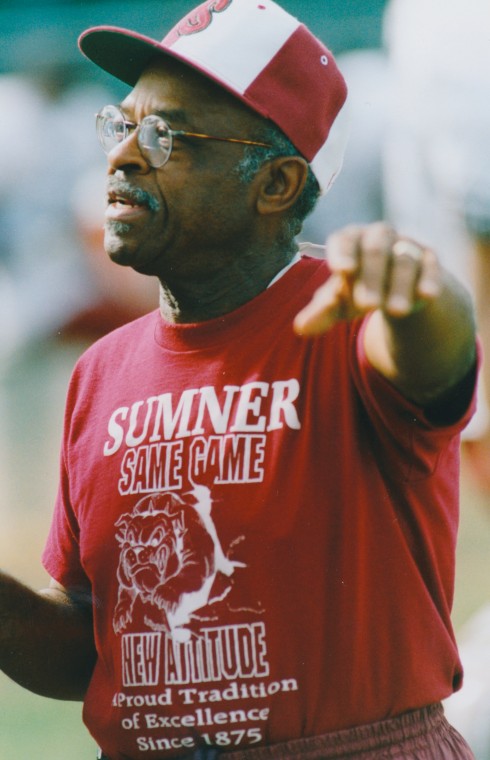 One of the highlights of my 25 years of covering high schools sports in St. Louis was being able to cover the Sumner High football dynasty under the direction of coach Lawrence Walls.

When I first started in the business in 1986 with the Northside Journal, I was assigned to cover the Public High League. That meant I got to get up close and personal with the Sumner Bulldogs and Coach Walls. And it was a special treat. I witnessed some great football and got a chance to develop a special relationship with a great man.

Not only were the Bulldogs one of the top football programs in the state of Missouri, but Walls became one of the most successful coaches in the Midwest region during his illustrious career that spanned three decades.

Walls has had many honors bestowed upon him throughout his career. He will have one more coming on January 12 when he will be inducted into the Missouri Sports Hall of Fame. The Hall of Fame induction ceremony will take place in Springfield, Mo.

The Hall of Fame is a fitting honor for a man who created one of the most enduring dynasties at the school he has always called home.

From 1972 to 1998, the Sumner Bulldogs did not take a back seat to any other high school football program in the state. The numbers that he produced were staggering. His overall record was 247-60-5.

The Sumner program stood on the same plane with other state powers such as Jefferson City, Kansas City Rockhurst, Hazelwood East and Hazelwood Central, Columbia Hickman and Webb City back in the day. The Bulldogs battled all of those programs toe-to-toe and won more than their share.

In 28 seasons, the Bulldogs won 20 Public High League titles, including

14 consecutive league titles from 1983 to 1996. He led the Bulldogs to 20 postseason berths and nine state-championship game appearances.

The Bulldogs reached the pinnacle of high school football in Missouri when they won state championships in 1973, 1982, 1990 and 1991. The 20-year anniversary of Sumner's last state-championship team was honored at the recent Show-Me Bowl weekend at the Edward Jones Dome.

The list of great players that were developed under Walls' guidance is almost endless. You had Oscar Harvey, Sorrell Harvey, Ben Cowins, Courtland Thomas, Anthony Stafford, James Gregory, Albert Thomas, Darnell Walker, Marquis Walker, Ronnie Wingo, Hollis Thomas, Darris Pierce and so many more All-PHL, All-Metro and All-State players who went on to have great careers at the collegiate and professional ranks.

Those great years of Sumner High football represented a golden era of Public High League athletics. Those Saturday afternoons at a PHL football field were a special place to be when the Bulldogs took the field.

On January 12, I know there will be many Sumnerites making the trek to Springfield to re-live some of those great memories as they celebrate on of their greatest alums' induction into the Missouri Sports Hall of Fame.

Congratulations, Coach Walls. You are truly one of the greatest.

What could I add more? Coach Walls is indeed one of the best in his field and I only have positive things to say. He has always been an inspiration for me: I even bought fantasy football sleepers that have been customized to remember him.

Congrats to our coach, Lawrence Walls, who will be inducted into the Missouri Sports Hall of Fame next month. I can not express my gratitude for his inspiring leadership and dedication to serve. He not only gave me the opportunity to play ball at a powerhouse, but he taught me so much more about perserverance. It gave us the attitude that we needed to win games, but more importantly, it prepared u...s to win in this game called life.This honor is well deserved. I can only say, what took so long? Thanks Coach Walls![wink]

It could not have come at a better time for one of our community's all time best "men". He touched so many young brothers and helped mold them into good men, husbands, fathers and pillars of the community. Congrats "Coach".

Beyonce thanks fans for braving the elements for Ivy Park launch