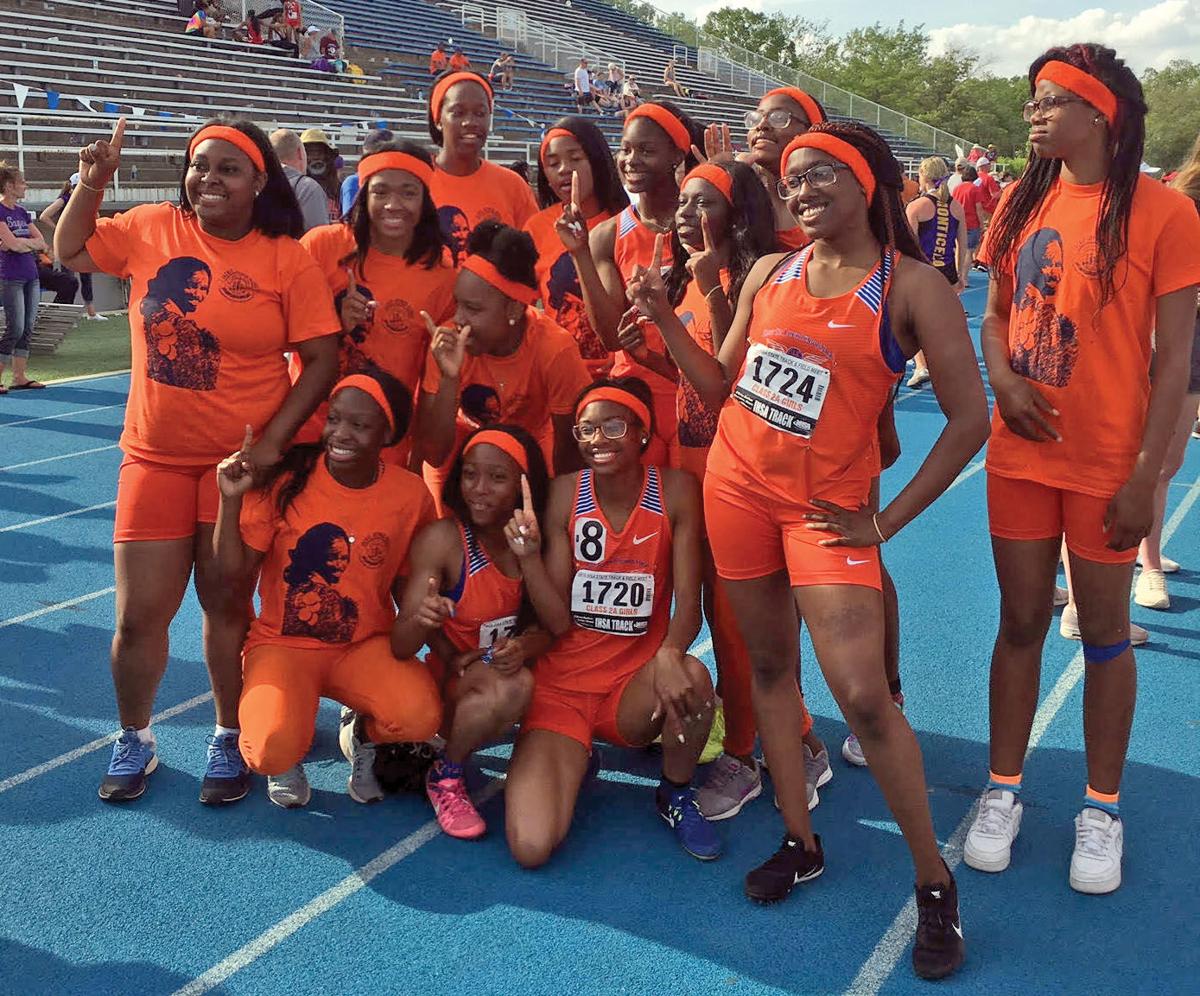 The East St. Louis Flyerettes won the Illinois Class 2A state championship last weekend in Charleston. It was their first state title since the 2011 season.

The Flyerettes won the state title with 72 points as they won a battle with Springfield Southeast, who finished second with 65 points. This one was special because East Side won the championship in dramatic fashion.

Entering the final event of the day trailing Southeast by three points, the Flyerettes had the capacity crowd at Eastern Illinois University on their feet as they won the finals of the 4x400-meter relay.

Led by Shonjahnea Griggs, Maysha Vickers, Jariah Turner and Faith Mitchell, East St. Louis won the 4x400 in a blazing time of 3 minutes 52.96 seconds, which was just .03 seconds away from the state record.

The Flyerettes rode their outstanding relay teams to the state championship as they also won the 4x100- and 4x200-meter relays as well as the 4x400. Junior Veronica Sherrod put on a show in winning the 300-meter low hurdles in a time of 43.97 seconds.

Legendary head coach Nino Fennoy once again proved that he’s an icon in East St. Louis as he brought his 17th state championship as a coach back to the City of Champions. Fennoy also has a talented staff which consists of Kim Jennings, Phoebe Washington, Clarence Nolden, Cortez Branch, James Franklin, Roderick Glover and Adam Sandifer.

*The East St. Louis Flyers boys’ track and field team will make the trek to Eastern Illinois today for the Class 2A state championships. After being denied an opportunity for a state championship last year, the Flyers are also the favorites to win the state title this weekend.

Leading the way for East St. Louis is Willie Johnson, who is one of the premiere 400-meter dash runners in the country. Johnson won the 400 at the Herrin sectional last week with teammate Marcus Lampley finishing second and qualifying for state. The dynamic duo also finished first and second in the 200. Johnson also anchors a very talented 4x400-meter relay team.

All-state basketball standout Terrance Hargrove Jr. qualified for the state meet in the high jump after winning the sectional title by clearing 6 feet, 10 inches. This is Hargrove’s first year of competing in track and field.

The Flyers will try to make history for the City of Champions this weekend as they attempt to win the city’s third state championship of the season, joining the boys’ basketball and girls’ track teams.