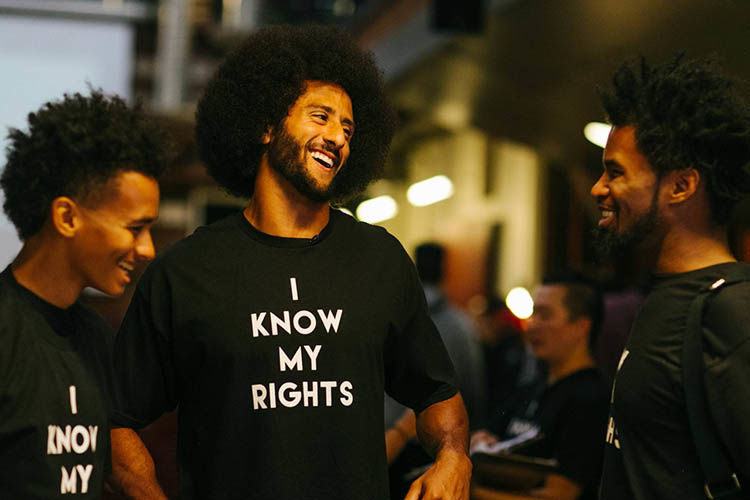 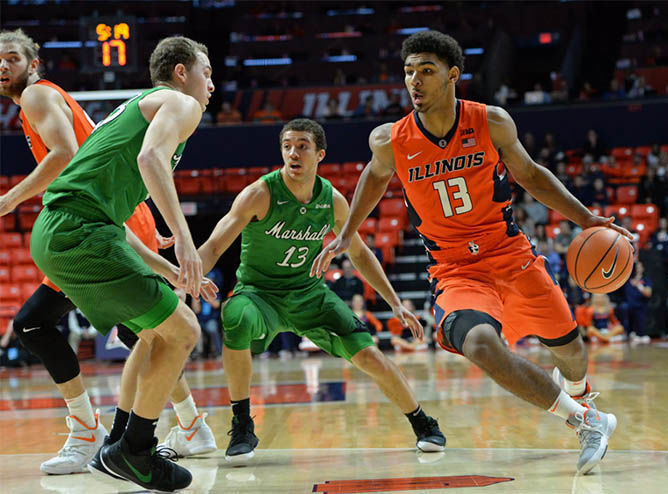 Mark Smith is trading in his orange and blue Fighting Illini jersey from some black and gold Tigers gear after announcing his transfer to Mizzou.

In today’s highly-politicized and heavily-polarized social environment, companies often find themselves walking a tightrope between being socially responsible and politically agnostic. After all, one racist store manager can spark protests, boycotts and outrage that send stock shares tumbling faster than you can order a Quad Grande, Non-Fat, Extra Hot Caramel Macchiato Upside Down. Also, taking the wrong side of a political argument can get a pizza CEO canned even if his name appears on every box.

Yet companies still understand that if they play the socially-conscious card right, they can earn, love, loyalty and repeat business from paying customers. That is precisely the reason that Mark King, president of Adidas North America, revealed that the multibillion-dollar shoe and apparel company has interest in signing Colin Kaepernick to an endorsement deal. There is, however, a pretty big catch.

“If he signs on a team, we would definitely want to sign him,” King said during Arizona State’s Global Sports Summit.

On the surface, the condition that Kaepernick be signed to a team makes sense. Adidas is an athletic apparel company. What better way to sell shoes, jerseys and accessories than having a professional athlete play in the in front of millions of viewers every Sunday?

However, when you look beyond the surface, you’ll discover that Adidas’ recent renaissance in the shoe game is due to its thriving lifestyle models. Besides the signature shoes of James Harden and possibly Damian Lillard, the average consumer couldn’t tell you the name of most Adidas sports models. Everybody knows about those Yeezy’s though.

In recent years, Adidas has signed and collaborated with several non-athlete celebrities. Kanye West’s Yeezy line is the most well-known. However, other endorsees such as Pharrell Williams, Pusha T and A$AP Ferg have moved major units for the three stripes. They’ve helped Adidas become a preferred brand for those who do it for the culture.

Adidas isn’t the only brand to recruit celebrity endorsers. Kevin Hart and Kendrick Lamar have their own Nike shoes. Rihanna and Kylie Jenner are securing hefty bags from Puma. Drake has a deal with Jordan Brand, but may soon be jump over to Adidas.

If shoe companies are willing to shell out cash to these other non-athlete celebrities, why is a Kaepernick signing contingent on him landing an NFL contract?

Throw out the idea that the kneeling controversy is standing in his way. That could impede other companies from reaching out, but the idea that King has openly expressed interest in signing Kaepernick shows that kneeling isn’t an issue. At this point, Kaepernick is more well-known for his kneeling and civil rights activism than he is for nearly leading the 49ers to a championship in Super Bowl XLVII.

If Adidas was serious about signing Kaepernick, it would do so regardless of whether he is on an NFL roster. The company could then use its own power and influence to work to convince the colluders owners to give Kaepernick a shot.

Thus far, a few teams have played similar lip service to signing Kaepernick. None have given him a workout or extended an offer of any kind since he opted out of his contract with the San Francisco 49ers a year ago.

Let me be clear. Adidas’ money is Adidas’ money. The company is free to sign, or not sign, whomever it desires. If it really wants to sign Kaepernick, there’s no reason to wait. He’s a public figure, role model, philanthropist and cultural phenomenon. He’s also an athlete who had one of the highest-selling jerseys in the NFL for several months after he and the 49ers parted ways.

In this situation, though, it seems that the company is trying to curry favor with the pro-Kaepernick crowd (a.k.a. black folks) by appearing “woke” enough to covet the QB-turned-activist. At the same time, by tethering its interest to a job that appears unlikely-to-surface with each passing day. Adidas is shielding itself from the backlash and outrage that would come from those who are tired of hearing whiny black people with the audacity to call for civil rights, equality and justice.

Former Edwardsville High School standout Mark Smith was a highly-coveted recruit by Mizzou coach Cuonzo Martin and fans around the state for the Tigers’ 2017 recruiting class. Unfortunately for the Tigers, the 2017 Mr. Basketball for the state of Illinois decided to stay in his home state to attend the University of Illinois.

During his freshman season, the talented guard averaged just 5.8 points, 1.4 rebounds and 1.3 assists. Coach Brad Underwood’s team stumbled all season and finished with a disappointing record of 14-18. At the season’s end, Smith announced that he would be transferring to a new school.

This week, the 6-foot-4 guard officially signed the paperwork to transfer to the University of Missouri.

Due to NCAA transfer rules, Smith will be forced to sit out the entire 2018-19 season. However, he’s the latest big-name signing for a program that went from just 8 wins in the 2016-17 season under Kim Anderson, to 20 wins in Martin’s first season at the helm.

“Cuonzo has a lot of faith in me, he’s expecting big things from me in the future and I just feel like we have a really good relationship,” Smith said according to The Columbia Missourian. “I’m excited to get to Columbia and work with him and the staff.”