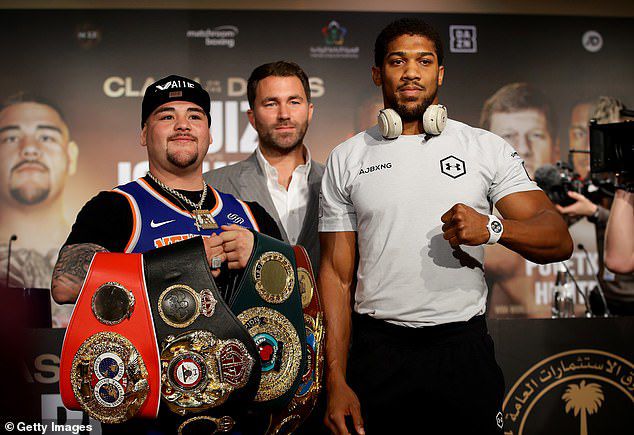 WBA, IBF and WBO heavyweight champion Andy Ruiz Jr. faces off against Anthony Joshua on Saturday, Dec. 7. Joshua is seeking to reclaim the titles he lost in a major upset in June. Ruiz is seeking to prove he’s more than a one-hit wonder. 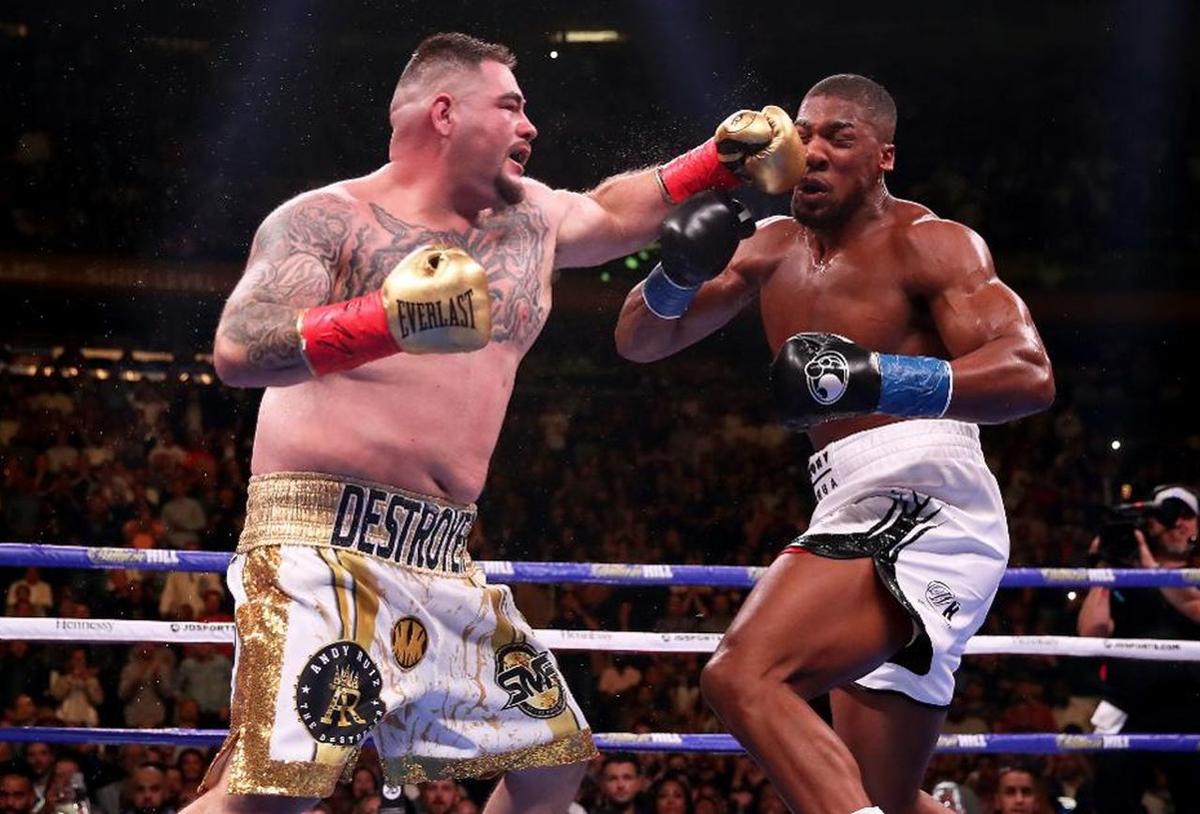 Andy Ruiz Jr. lands a left hook to the face of Anthony Joshua. Seconds after tasting the canvas, Ruiz came back and knocked down Joshua twice in the third round. Joshua never fully recovered and was stopped in Round 7.

The sweet science is filled with upsets. St. Louis’ very own Leon Spinks shocked the world in 1978 with a surprising victory over Muhammad Ali. Hasim Rahman was a 20-1 underdog when he knocked out Lennox Lewis to become the undisputed heavyweight champ in 2001. In one of the biggest upsets in boxing history, James “Buster” Douglas knocked out Mike Tyson in Tokyo in 1990.

Many boxing fans love the sport is because, regardless of size, style, speed, arm reach, etc., one punch can change everything. That is exactly what happened for “The Destroyer” Andy Ruiz Jr.

Ruiz received the opportunity of a lifetime after Jarrell Miller failed a drug test and was forced to withdraw from his scheduled fight with then-WBA, IBF and WBO heavyweight champion Anthony Joshua.

The portly Mexican-American fighter received the call to step in as a last-minute opponent, just 10 days after a victory over Alexander Dimitrenko. He gladly accepted the offer. A month later, he was standing in the ring with a man who was widely considered the best heavyweight in the world.

Three rounds into the bout, Joshua planted Ruiz firmly on his backside with a vicious left hook. It seemed that Ruiz would go down like most late replacement opponents do. Ruiz made it to his feet. Seconds later, as the champion attempted to close the show, Ruiz landed a left hook of his own that left Joshua flailing like a wacky, inflatable tube guy.

Ruiz quickly turned from prey to predator and he dropped Joshua. Though the champion ultimately survived the round, Joshua never fully recovered. He was stopped in the seventh and Ruiz, a 10-1 underdog, became the latest fighter to pull off an amazing upset.

As the fighters prepare for this weekend’s rematch in Saudi Arabia, both boxers are fighting for their reputation. Like Ali and Lewis, Joshua will seek to avenge his devastating loss and prove it was a fluke – a footnote in an otherwise stellar career.

Meanwhile, Ruiz will be seeking to cement his legacy. He is hoping to prove that his victory wasn’t just a chance occurrence, but rather an occurrence that happened because he was given a chance.

Think about it. Ali was considered an underdog when he won the heavyweight championship against Sonny Liston. Manny Pacquiao was an underdog to Marco Antonio Barrera. Sometimes underdogs win because they are truly great fighters. Ruiz is hoping to prove that is the case.

““I like to throw combinations. I mix it up right there,” he added. “My type of style is going to be perfect for whatever AJ is gonna bring on December 7th.”

At Wednesday’s pre-fight press conference, Joshua seemed focused and confident that he will be able to reclaim his lost titles.

“I’ve been boxing a while now. And when I came into boxing, I didn’t really come to take part, I came to take over,” Joshua stated.

Though many have questioned the former champion’s heart since his first defeat, Joshua assured the assembled press that the loss did not leave him depressed or demoralized.

Many expect Joshua to enter this fight much lighter than the 247.8 pounds he weighed for the first fight. In photos, the British fighter appears to possess a leaner physique than in previous fights. Some suspect he will enter the ring a full 10-to-15 pounds lighter.

Stamina has never been Joshua’s strong suit. Coming in lighter would likely prove beneficial should he seek to box, move and carry the fight into the later rounds.

One of his downfalls in the first fight was that it appeared Joshua was eager to make a splashy showing in his U.S. debut. While his aggression paid off with the third round knockdown, it also left him open for Ruiz’s powerful shots. Now it appears that Joshua will take a more cautious approach into the rematch.

There was much speculation that Ruiz would come into the second fight at a lighter weight as well, considering he had time for a full training camp this go around.

In the Seconds Out interview, he dispelled that notion.

I wonder whether Ruiz’s weight is by design or due to the whirlwind media tour following his victory. For months, the newly-crowned champion could be seen on media outlets across America and Mexico. Ruiz also routinely flexed for the ‘Gram, posting pictures of his new Rolls Royce and multi-million dollar mansion. He has clearly been enjoying life as heavyweight champion of the world.

Now, as we close in on the fight, the story and the expectations have changed. It is fair to wonder whether the weight is due to a lack of preparation, lack of discipline or both.

Then again, even at a pot-bellied 268 pounds, Ruiz dispatched of Joshua in the first fight. Regardless of his weight, Ruiz possesses extremely fast hands and solid power. He did not appear to have any stamina concerns when he cruised to a 10-round decision over Kevin Johnson or when he dropped a close, disputed 12-round majority decision to former WBO titlist Joseph Parker.

Saturday night’s matchup is extremely difficult to pick. Joshua has an edge in power and world title experience. It was not that long ago that Joshua dispatched of Wladimir Klitschko in spectacular style and became the darling of the heavyweight division.

Only hardcore boxing fans were aware of Ruiz before June. After cashing in with big paydays to face Joshua, it could be easy for him to enjoy the spoils of his victory and fade into the background.

I feel that Ruiz’s superior hand speed and heart will be the difference. When he was hurt in the first fight, he recovered quickly and turned the fight around. Though the loss to Ruiz was Joshua’s first, he often seems to get hurt and does not necessarily recover quickly.

This could be another bout where both fighters will taste the canvas. Ruiz has the confidence that he can survive a knockdown against Joshua. If Joshua hits the deck, I expect his will to continue to do the same.

I believe him. I’m taking Andy Ruiz Jr. by 9th Round TKO.