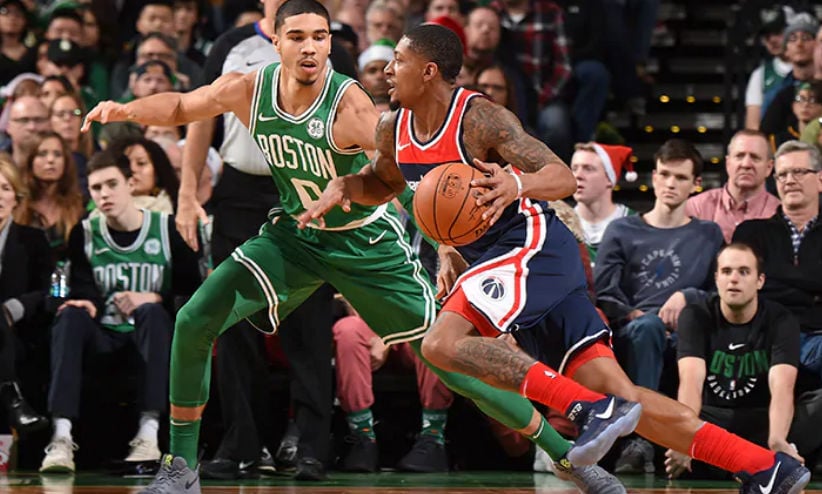 Bradley Beal was snubbed from the All-Star game despite a current scoring average of 29.2 points per game. Jayson Tatum earned his first All-Star nod after putting up 21.7 points, 6.8 rebounds and 2.9 assists for the Celtics. Both STL natives should be playing in the NBA All-Star game this season. 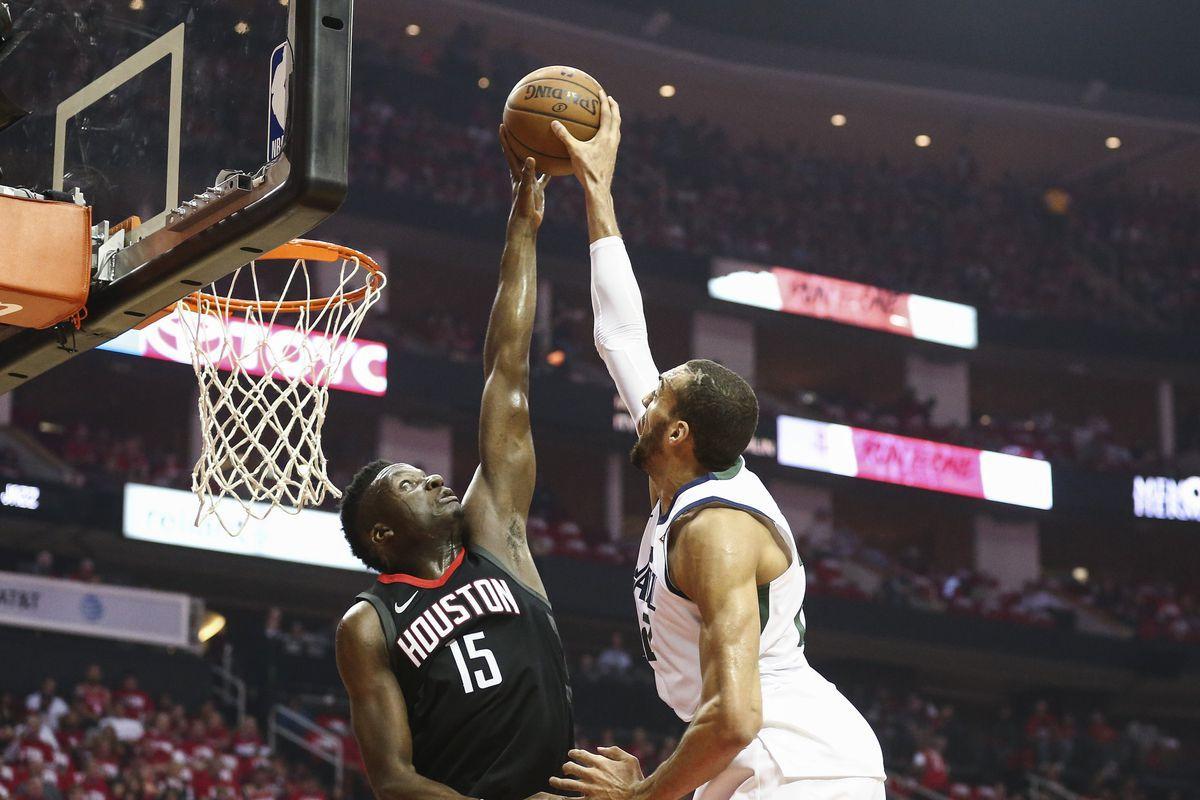 Clint Capela blocks a dunk attempt from Rudy Gobert. The Houston Rockets dealt away Capela in a four-team, 12-player deal that leaves them without a traditional starting center.

Last season, NBA All-Star Weekend seemed like a glimpse of the future for STL basketball fans. St. Louis natives Bradley Beal and Jayson Tatum both had impactful performances during the weekend’s events.

We all suspected that it wouldn’t be long before these two graced the All-Star stage together. It looks like it will take a little longer than expected.

Last Thursday, the NBA announced the full All-Star rosters. Tatum earned a well-deserved selection as a first-time All-Star. The third-year forward is averaging 21.7 points, 6.8 rebounds and 2.9 assists for the 34-15 Boston Celtics.

“I was surprised,” Tatum told Taylor Snow of Celtics.com. “I wanted to cry. I didn't cry. I might cry later, though. But I'm just so grateful. It's something I'm not going to take for granted. There's only 24 guys who make the All-Star team, so I'm super thankful and I'm going to enjoy the opportunity of the moment.”

What about Beal you ask? All Beal earned was a slap in the face by the collective hand of the Eastern Conference coaches. Beal was passed over as an All-Star reserve despite boasting current averages of 29.2 points, 6.3 assists and 4.3 rebounds.

Beal’s scoring average is fourth-best in the NBA. It is also the highest scoring average of any All-Star snub in history. Why did the Eastern Conference coaches (who vote for All-Star reserves) pass over Beal in their ballots? The prevailing notion is that he was passed over due to the Wizards’ poor record. Washington currently sits at 17-32.

But let’s take a closer look. Even with such a subpar record, the Wizards currently sit in 10th place in the East. The team is just 4.5 games out of the No. 8 playoff spot. It might be understandable if the Wizards had seven or eight wins and Beal was just gunning to pad his stats on a terrible team. However, Beal has to put up crazy scoring numbers to keep the Wizards competitive.

Have you seen the Wizards’ roster?

John Wall is expected to miss the entire season due to a torn Achilles. Isaiah Thomas has not been the same player since returning from hip surgery in 2018. Promising rookie forward Rui Hachimura has missed 23 games due to a groin injury. The rest of the roster is filled with players whose names are ripe for Trivial Pursuit questions.

Has anybody seen a Jordan McRae jersey out in these streets? Davis Bertans? Troy Brown Jr.? Mortiz Wagner?

The Wizards have a roster of G-Leaguers and basket weavers and the coaches are punishing Beal for his team’s lack of success – incredible!

"I'm a little pissed off about it," Beal stated in a TV interview last Thursday. "I was kind of expecting it, honestly. It's disrespectful."

According to Candace Buckner of the Washington Post, Beal’s agent Mark Bartelstein took it even further.

Bartelstein is absolutely correct. The Atlanta Hawks’ Trae Young is the only All-Star from a team with a losing record and he was voted in as a starter by the fans. Beal deserves to be an All-Star as well.

There is still an outside chance that Beal could earn his third All-Star appearance as an injury replacement. Should any of the current All-Star starters or reserves get injured before the game, Commissioner Adam Silver would responsible for choosing a replacement.

If that doesn’t happen, St. Louis will have to wait at least another year to see the Chaminade grads rep the 314 together in All-Star style.

The NBA trade deadline is again upon us. While the actual deadline (Thursday, February 6 at 2 p.m. CST) will not come until after this edition of The St. Louis American is already at newsstands, the Houston Rockets showed they know how to get a deadline party started.

Tuesday night, the Rockets put together a four-team, 12-player deal revolving around center Clint Capela. Here are the details of one of the biggest trades in NBA history.

Atlanta receives: Clint Capela and Nene from the Rockets.

The Rockets’ decision to move on from Capela is an interesting one as the team appears to move forward without a traditional starting center. The Rockets have gone 10-1 when Capela was not in the lineup. Apparently that convinced GM Darryl Morey to roll the dice on sending an athletic, 6-foot-10 rebounding and shot blocking specialist out the door in favor of a 6-foot-7 three-and-D guy.

I’m not exactly sure what Houston expects to do if it faces the likes of Anthony Davis, Rudy Golbert and/or Nikola Jokic in the playoffs. Obviously, the Rockets believe they have enough three-point shooting to overcome the team’s lack of size.

All I know is they better not miss. With the lineup they now possess, there won’t be many stops or rebounds in Houston.

Let’s see what other crazy deals the trade deadline brings. I can’t wait.