You are the owner of this article.
Edit Article Add New Article
Home
News
COVID-19
Opinion
Entertainment
Health
Business
Sports
Salute to Excellence
Newspaper In Education
Multimedia
About
Classifieds
1 of 3 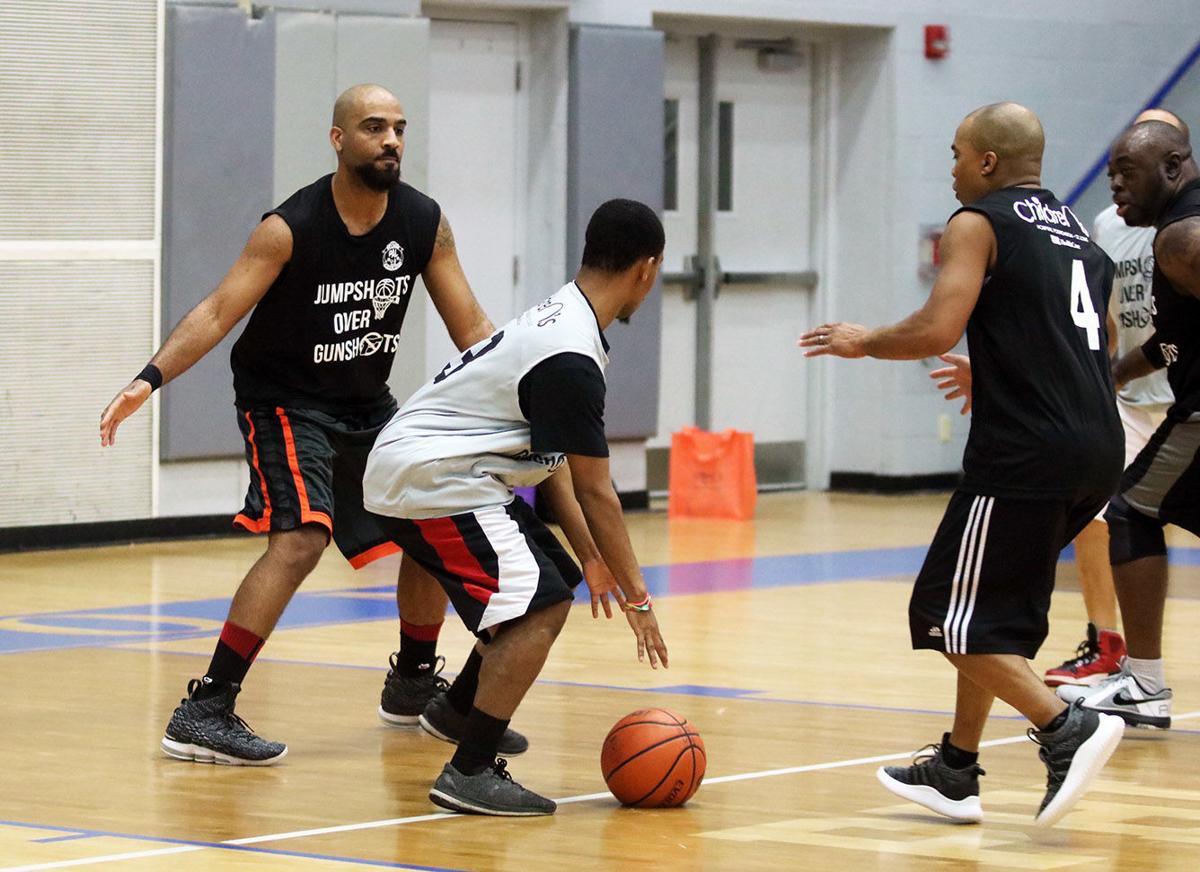 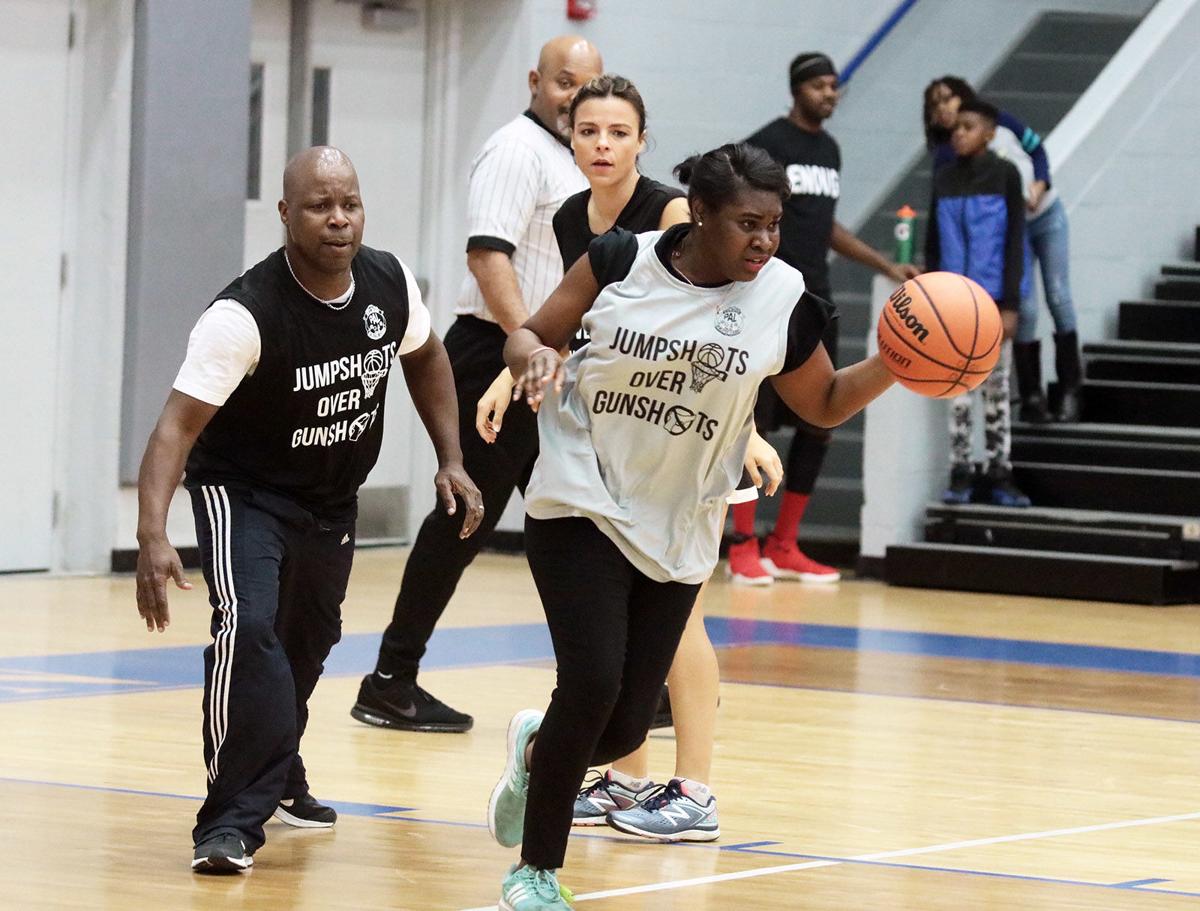 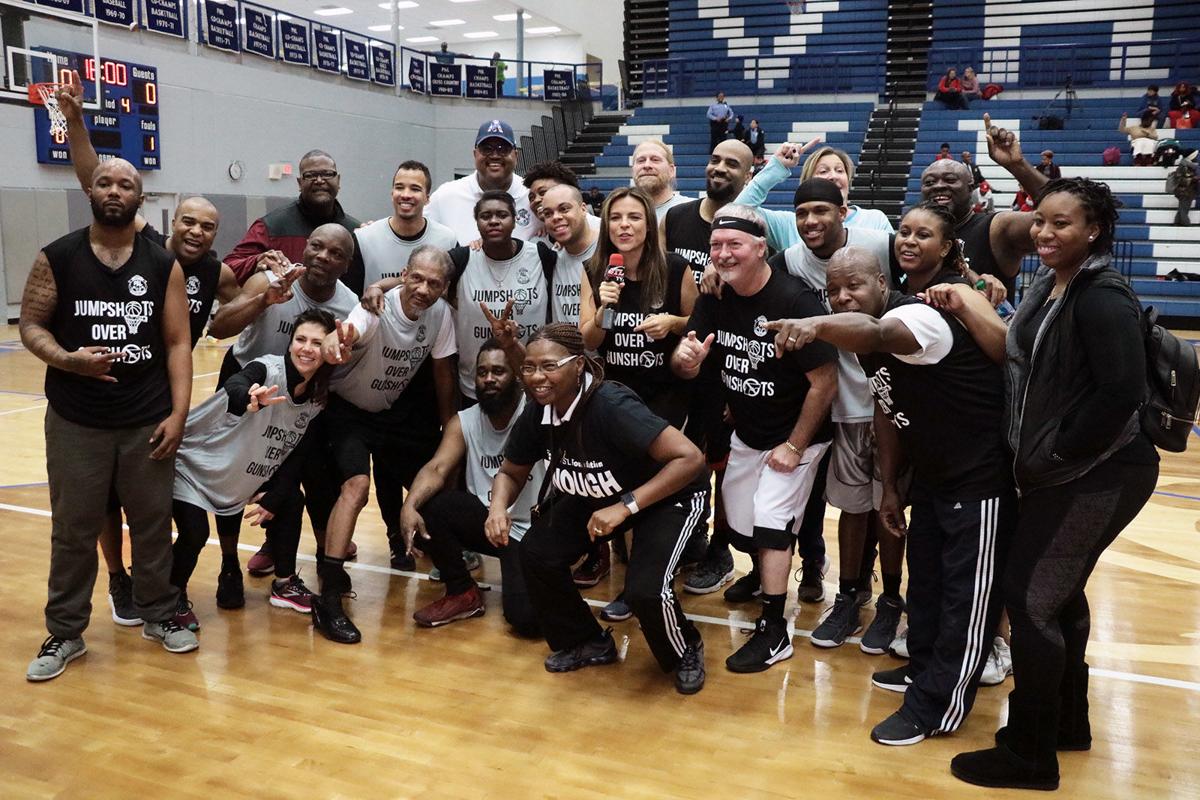 The media and elected officials teams pose together following the opening game of the Jumpshots Over Gunshots charity basketball game. The media team emerged victorious 39-33.

The press is often referred to as the Fourth Estate. Though the news media is not technically a part of the political system of governance, it wields the power to hold politicians to account. Therefore, when I received a call from Andre Holman of STL TV inviting me to play in the 1st Annual Jumpshots Over Gunshots charity basketball game, I didn’t just have a desire to participate, it was my civic duty.

Of course, the (multi-) Hall of Fame certified Earl Austin Jr. was the first choice to represent The St. Louis American. However, Austin was under the weather. With his legendary status already solidified, he convinced Holman to graciously relax the “celebrity” standard for the team and allow a Z-lister such as myself a slot on the team.

Everyone came together to help raise much-needed funds and awareness to help combat the gun violence tearing through the city.

“Our community is pleading for more leaders to take notice and work together to reduce the crime in our neighborhoods,” Butler told The American.  “Jumpshots Over Gunshots was an opportunity for city leaders to connect with community and show they can work together. Our hope is that teamwork continues after the event is done.”

According to Deneen Busby, director of Marketing and Communications for CareSTL Health, the funds raised will help support important social services to communities impacted by gun violence. This includes providing Thanksgiving baskets to women who may otherwise lack resources.

Besides being there for a good cause though, both teams wanted to win bragging rights. As I glanced across the court during the pre-game warmups, I noticed the elected officials looked locked in. They were all business and confident that they were about to put a major smack down on the media.

I also noticed that at 6-foot-3, I was able to see over the top of them. Guenther appeared to be the only elected official north of 6 feet. Though I generally like to hang out on the wings on the basketball court, I was asked to man the center of the media defense. In other words, and get my “Mount” Mutombo on.

At the suggestion of STL TV’s Joseph Brown,the media team deployed a 2-3 zone to start the game. The zone hit the politicians like a leaked trove of official documents. Broadcasters, reporters and DJs flew around the court like hard-hitting questions and before you knew it, the elected officials were down by double digits.

On the offensive end, I scored a few baskets early to put the politicians on notice that they were not in cabinet meetings and legislative sessions anymore. By halftime, the media team still maintained a sizeable lead. It seemed that we would cruise to victory.

In the second half though, the politicians came out with a little more purpose. The elected officials started to get dialed-in from long-range. A rash of fourth quarter turnovers by the media team helped them to close the gap to just three points at one point.

In the end though, a strong, free press proved too mighty for the elected officials to overcome. The media team emerged victorious 39-33 and claimed the championship trophy for the 1st Annual Jumpshots Over Gunshots game.

“We need to start electing taller politicians,” Butler joked. “Height was a problem for us, heart was not.”

Butler is right. The political leaders that showed out to support the event proved that they have a heart for the community and specifically the issue of curbing gun violence. The same goes for the members of the press, police officers and firefighters.

Though St. Louis Metropolitan Police Chief John Hayden didn’t suit up for the first responders’ game, he was at the event cheering on his officers en route to a thrilling 55-52 victory over the firefighters.

“Chief Hayden has been very supportive of our organization and foundation,” Busby stated. “It’s not an easy job but the first responders are working hard to protect and serve the community.”

By all accounts, the event was a success. I’m honored that I was able to represent The American and look forward to returning next season. I’ve crossed paths with several of the politicians in passing over the years. However, being able to play against and fraternize with them can help the collaborations and community-focused teamwork that Butler alluded to.

Quid pro quos seem to be all the rage these days. Any politicians handing out cushy, six-figure consultant jobs or board appointments might be able to land a 6-foot-3 small forward in 2020. I’m just saying.

In the Clutch Awards

Best trash talker: Rep. LaKeySha Bosley. She’s the Michael Jordan of trash talk. I pity the political opponent that ends up on a debate stage opposite of the 79th House district rep.

Tough as nails award: Rev. Darryl Gray. The 65-year-old Gray and I butted heads going for a loose ball early in the first-quarter, causing his glasses to break. Gray didn’t miss a beat and stayed in the game, displaying some stout defense.

GM of the Year: Andre Holman for putting together the winning team!

To make a donation to support CareSTL Foundation’s mission to reduce gun violence in the St. Louis area, visit CareSTLHealth.org