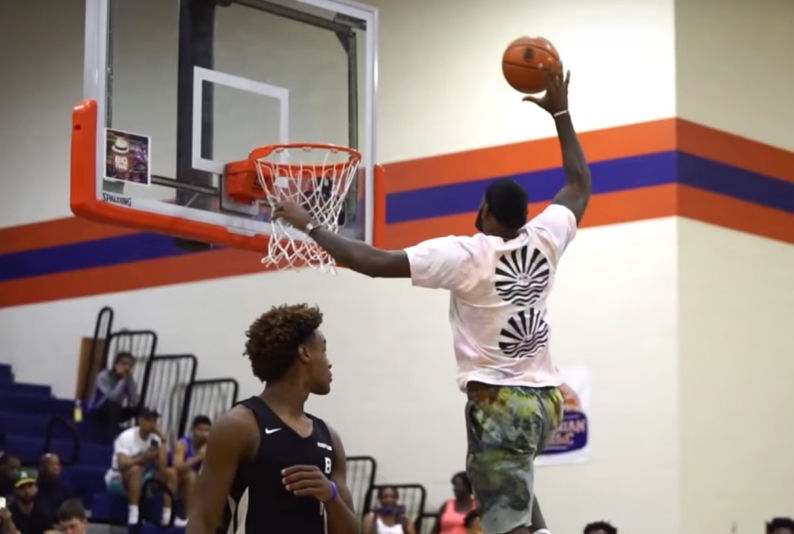 LeBron James joined the layup line during his son Bronny’s AAU game this weekend and put on a pregame dunking exhibition. Some have foolishly criticized him for stealing attention from the kids when in fact, he is giving them all lasting memories. 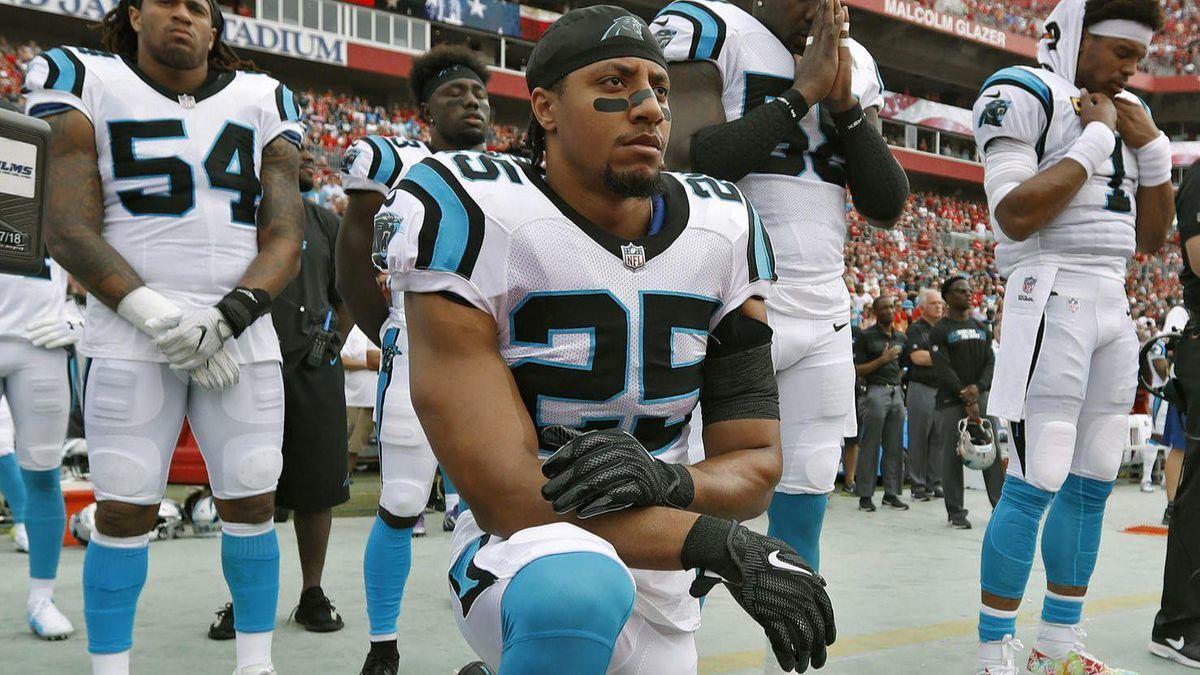 Panthers safety Eric Reid said he will continue to kneel during the national anthem. Reid was the first player to kneel alongside Colin Kaepernick. The silent protest cost Kaepernick his career.

Longtime readers of In the Clutch surely know that, at times, I have been a critic of LeBron James. LeBron stans may even venture to say that I’ve tiptoed and tap danced across the border of criticism into the land of hating a time or two. However, as a fan of the man, an appreciator of his transcendent skills, I’d like to think that any criticism has been relegated to on-the-court action or basketball-related decisions.

When it comes to the man, James is such a stand-up guy that he deserves his own multimillion-dollar Netflix comedy special. That’s why it is so ridiculous to see James catching flak from sports and social media about his behavior at his son’s (Bronny James) AAU game.

The elder James went viral twice over the weekend. First, the 15-time NBA All-Star joined the pre-game layup line and proceeded to unleash several impressive dunks that got the kids and the crowd excited. Later, during the game, two kids connected on a ridiculous between-the-legs, alley-oop pass and finish. The gym went absolutely nuts.

At the time, James, who serves as a coach, was standing at the baseline. He enthusiastically rushed onto the court, jumped into the air and did the flying shoulder bump thingy with one of the players. When he realized that play was still in action, he quickly rushed off the court, leaving his purple size 15 shoe in the wake of his excitement.

“This was just pathetic,” Bayless said on Undisputed. “This was so embarrassing to LeBron James and especially to his son, Bronny. ... He upstaged his poor kid. LeBron has become so attention-starved."

Others on social media supported Bayless’ point of view that James was doing the most. Overnight he became a spotlight-stealing, basketball game-ruining, overly enthusiastic maniac. This is all because he showed up to support his child and expressed an animated passion for his son and the sport that has made him one of the most well-known people in the world.

Some will argue that if any other parent thrust themselves into the layup line or ran onto the court during a game, they would be chastised, penalized or maybe even ejected. Those people are right. However, while reaching eight consecutive NBA Finals and earning three championships should not make James above the law, it should absolutely make him above the norms at an AAU basketball game.

As a person who played AAU basketball, I would have given my right pinky toe to have one of the greatest basketball players of all-time show up at my games. The excitement James brings is unmatched. He could be sitting in the bleachers with the brim of his snapback pulled low, shades covering his eyes and acting like a pretentious celebrity who doesn’t want to be bothered by commoners. Instead, he is giving high fives, jumping in exultation and giving players and parents for both teams memories they will forever cherish.

The fact that Bayless and others have criticized James for supporting his kid too hard shows that he will literally get criticized for every single thing he does. It’s a shame too. Outside of Barack Obama, James may very well be the most famous black father in the world. Therefore he should be celebrated for the love and support he shows to his children, not criticized for it.

What can I say? Haters gonna hate. Luckily for Bronny James and his Blue Chips teammates, it doesn’t appear that LeBron James is going to stop being an amazing father anytime soon. In an acknowledgement of the fun police, James made an Instagram post celebrating championships by both of his sons.

“Great weekend for the #JamesGang!! 2 National Championships. Can’t be more proud of my boys this weekend and their respective teams! James’ post read,”...Oh and we definitely hear you haters trying to derail us but in the words of the Great Sean Diddy Combs, “Can’t Stop-Won’t Stop. #StriveForGreatness.”

Eric Reid to continue kneeling during the anthem

Carolina Panthers safety Eric Reid announced that he will continue to take a knee during the national anthem.

“If a day comes that I feel like we’ve addressed those issues, and our people aren’t being discriminated against or being killed over traffic violations, then I’ll decide it’s time to stop protesting,” Reid told the Charlotte Observer. “I haven’t seen that happen... It feels like we’re going backwards.”

Despite possessing Pro Bowl-caliber talent, Reid was unsigned at the beginning of 2018 season as a result of his decision to become the first player to kneel alongside Colin Kaepernick in 2016. Once Reid’s contract with the San Francisco 49ers expired, no other team dared to sign him until the injury-depleted Panthers came calling as a last-ditch effort to remain competitive.

Despite the national fervor caused by Kaepernick and Reid’s silent protest against police brutality and social injustice, Reid continued to kneel with the Panthers. He played well and was rewarded with a three year, $22 million contract extension this offseason.

It is unlikely that Kaepernick will ever play another down in the NFL. But it’s great to see that the fight he started raise awareness against injustice will continue.

Carolina Panthers' Eric Reid will continue to kneel during anthem