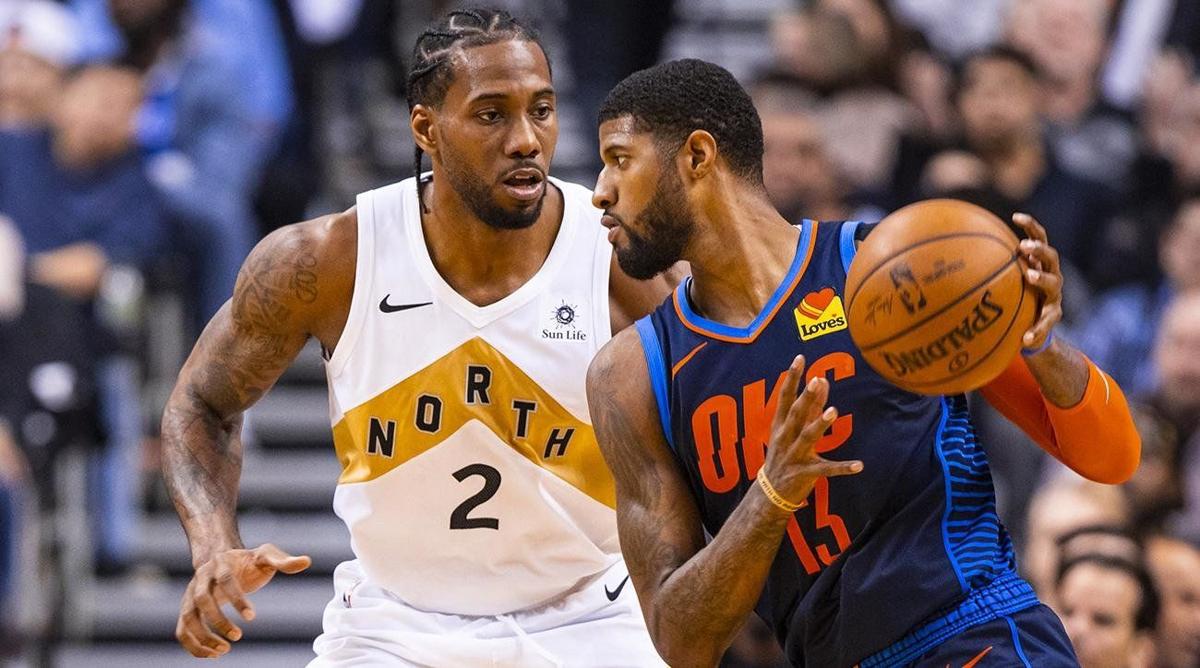 With defensive stalwarts Kawhi Leonard, Paul George and Patrick Beverley (not pictured), the Los Angeles Clippers should field one of the stingiest defenses in recent memory. The team is expected to battle with the Lakers for Western Conference supremacy. 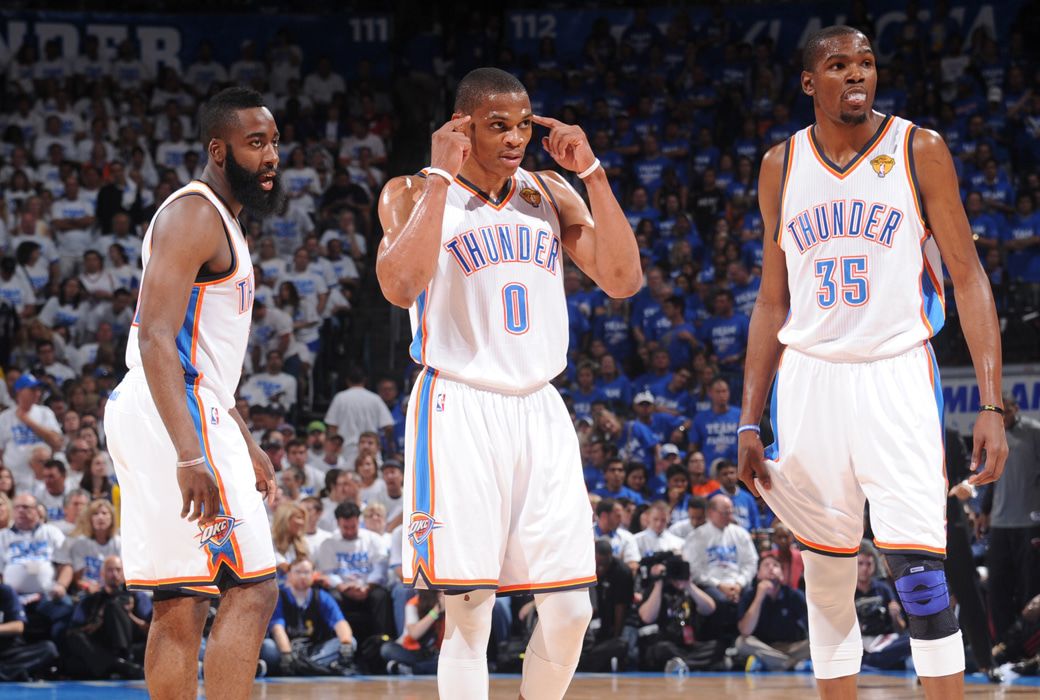 In addition to watching Paul George depart, it appears that Oklahoma City Thunder fans will have watched James Harden, Russell Westbrook and Kevin Durant all come and go with zero championships to show for it.

The 2019 NBA free agency period started off with a bang. Kevin Durant and Kyrie Irving got the party started early by taking their basketballs and bolting to Brooklyn. That move set the tone for what became one of the wildest, craziest weeks in free agency since Tom Chambers became the first unrestricted free agent in 1988.

This offseason has seen major shakeups that will fundamentally change the power structure of the league. Defending champs? Gutted. South Beach 5? Ransacked.

Nearly every NBA team has made moves since the free agency period officially began by signing, waiving and/or trading players. The question is: Which teams are the biggest winners and losers in the NBA’s Drake-infused game of musical chairs?

Just when you thought the free agency fervor couldn’t grow any larger with the Brooklyn coup, Kawhi Leonard told the entire league to hold his beer.

Leonard and his team stayed tight-lipped during the process. That left fans, media and “insiders” to lob their best guesses as to where Leonard would ultimately land. Even still, those with the wildest imaginations would have never predicted Leonard’s ultimate power move.

Leonard convinced Paul George to request a trade from the Oklahoma City Thunder so that the two stars could team up for the Los Angeles Clippers. OKC obliged, sending George to the Clippers for Shai Gilgeous-Alexander, Danilo Gallinari, five first-round draft picks and two first-round pick swaps.

What’s so incredible about the deal is that George was just one year into a four-year, $137 million contract with the Thunder. Furthermore, George finished third in the voting for both MVP and Defensive Player of the Year.

Alongside Leonard, the NBA Finals MVP, and defensive menace Patrick Beverley, the Clippers should field one of the stingiest defenses in recent memory.

The Mavericks managed to retain the services of Kristaps Porzingis by signing the 7-foot-3 forward/center to a five-year $158 million contract extension. I suppose that counts as good news, but that will be largely dependent on how Porzingis recovers from the ACL tear he suffered in Feb. 2018. While Dallas has a reasonable reputation of retaining its own free agents, its reputation attracting outside free agents is hot garbage. The only team worse at recruiting free agents is the New York Knicks.

Going into the offseason, the Mavericks’ rumored top outside targets were Kemba Walker and Danny Green. Walker quickly committed to the Boston Celtics. Green stiffed the Mavs to sign a two-year, $30 million deal with the Los Angeles Lakers.

If you make Danny Green one of your top priorities and can’t seal the deal, it’s time to make some wholesale changes. Maybe the Mavs should offer a trove of picks to the Toronto Raptors for team president Masai Ujiri.

Thus far, the Knicks’ biggest signings have been Julius Randle (three years/$63M) and Bobby Portis (two years/$31M) and they play the same position.

Despite playing in the No. 1 media market in the nation, the Knicks can’t seem to attract elite free agents. The culprit is likely team owner James Dolan. Players and fans just don’t seem to like him. It’s not hard to see why.

The biggest winner for this insane offseason is the fans. For the past several seasons, the NBA has been dominated by the Warriors and Cavaliers. Once LeBron James left for Los Angeles, things opened up in the East. Now, Leonard has followed James to L.A. (albeit in the other locker room) and left the East wide open once again. Things are open in the West again due to injuries and departures in GSW.

In the East, title contenders include the Bucks, Celtics, 76ers and Nets (once Durant returns to health). In the West, the Lakers, Clippers, Rockets, Jazz and Trail Blazers can be considered legitimate threats to the throne.

The NBA has not seen this level of parity in quite some time.

Long-term, the Thunder may turn out like bandits from this offseason deal. The team earned a record number of picks for George. But in this moment, OKC fans probably have a sick feeling deep in their stomachs.

Not only did George bounce, but now the team is expected to deal Russell Westbrook in the near future. That means the Thunder will go into full rebuild mode. What that also means is that during its 11 years in Oklahoma City, the Thunder have watched Durant, Westbrook, George and James Harden all walk through revolving doors and have zero championships to show for it.