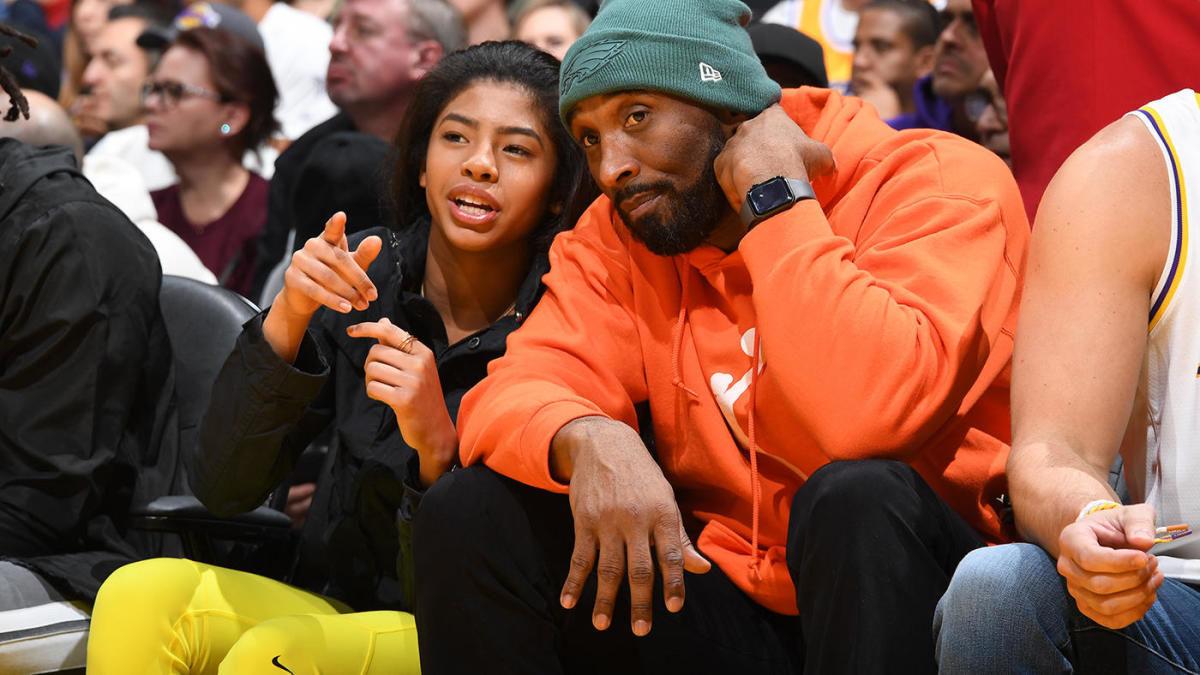 Watching Kobe Bryant coach and mentor his daughter Gianna after his retirement was heart-warming. The father and daughter tragically died together en route to one of her basketball games. 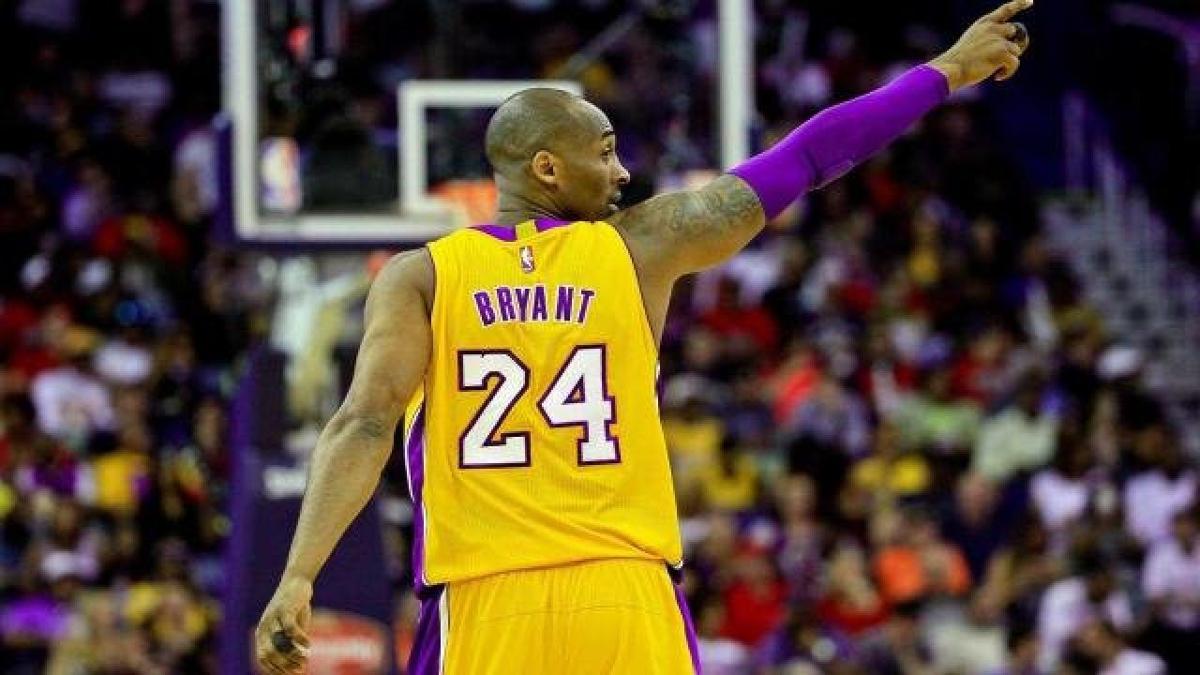 Kobe Bryant was one of the greatest players to ever set foot on a basketball court. That much is indisputable. Basketball fans, historians and journalists can, and will, forever debate how high he belongs on the NBA hierarchy.

Hardcore fans claim he is the GOAT. Others passionately insist he belongs in the Top 5, Top 10 or Top 20. Ultimately, the hypothetical ranking he is given is largely inconsequential. In terms of talent and achievements, Bryant undoubtedly sits among the all-time greats.

Despite his undisputed excellence, I was a proud Kobe hater for the bulk of his career. I’m not exactly sure what propelled me into the Kobe haters club. It could have been the monumental hype he received coming straight out of high school. It could have been how he patterned his game so closely to Michael Jordan. Maybe it was because my close friend Ryan was a day one conductor on Bryant’s bandwagon.

When Shaquille O’Neal, one of my favorite players of all-time, teamed up with Bryant for the Lakers, I found myself in the awkward position of rooting for the Lakers to win, but hoping Bryant would shoot 4-for-30 just so I could heckle Ryan and the army of Kobe “stans.”

Yet like many other Kobe haters have professed, my disdain for Bryant was never personal. It was built out of respect for his outstanding talent. It was developed out of seeing him repeatedly destroy some of my favorite players, such as Allen Iverson and Dirk Nowitzki.

I did not have a problem with Kobe Bryant, the man. I had a problem with the superhero wearing a No. 8 or No. 24 cape that routinely demolished the championship dreams of my own basketball heroes.

Louis Keene of Inside Hook said it best when he wrote, “Kobe was fun to hate because he had long ago stopped seeming like a real person. He was a legend when he was still playing.”

Think about it. Average players don’t have hordes of dedicated haters.  How many Steve Novak, B.J. Armstrong or George McCloud haters do you know?

Whether you loved or hated him, the Black Mamba (one of the greatest and most-appropriate nicknames in NBA history) made the game of basketball better. You cannot relay the history of the game, even an annotated version, without including Bryant.

There was the 81 points he dropped against the Toronto Raptors in 2006. He lit up the Dallas Mavericks for 62 points in just three quarters the same season.

The clip of Bryant throwing an alley-oop to O’Nealin the waning seconds of a Game 7 Western Conference Finals victory over the Portland Trail Blazers in 2000 will forever be replayed during the NBA playoffs.

Yet, Bryant’s personality is just as responsible for his near-mythical status as his skills. He possessed an indomitable spirit and refused to accept anything less than 100 percent effort by others. It is part of the reason a rift existed between he and O’Neal.

Bryant felt that despite O’Neal’s dominance, he didn’t put in maximum effort or commitment and he wasn’t afraid to voice that opinion. He once stated that the Lakers would have won 12 rings if O’Neal worked hard throughout the offseason instead of continually reporting to training camp overweight and out of shape.

Opponent or teammate; friend or foe – Bryant was not only unafraid, but felt obligated to go at the throat of anyone who wasn’t putting in the same effort. That was the Mamba mentality.

It fueled the haters. It is also what made him such a dominating force over his 20-season NBA career.

I’m thankful that I renounced my Kobe-hating ways a few seasons before he retired. I enjoyed the latter years of his career. Though the Achilles injury he suffered in 2013 robbed Bryant of some of his other-worldly athleticism, after his return, he still showed spurts of greatness.

After he retired, it was refreshing to see Bryant let down his guard and mentor young players. During his playing career, he was fiercely against working out with opposing players. Once his career was over, he linked up with players like Kyrie Irving, Kawhi Leonard, Giannis Antetokounmpo and Jayson Tatum to share his immense knowledge and insight of the game.

He also poured his energy into outside endeavors just as fiercely as he did on the basketball court. His ESPN show Detail showed Bryant’s eye for the most intricate and minute details of the game. Watching him coach his daughter Gianna Bryant, who was tragically killed in the same accident, as part of the Mamba Sports Academy was heart-warming.

Bryant’s post-career transition to a more open and lovable sports personality was not merely a rebrand. It was more of a re-wiring of the brain. Once he was no longer in direct competition with the other players in the league, he opened up his vast knowledge because he wanted to make the game better.

The night before Bryant’s death, LeBron James passed him for third-place on the NBA’s all-time scoring list. Following the game, James gave an extended on-air interview where he praised Bryant’s impact on him and the game of basketball.

As I watched the interview, I wondered why James and ESPN were devoting so much time to the Bryant tribute. It almost seemed like a eulogy. If nothing else, the extended interview seemed better fit for Bryant’s Hall of Fame ceremony than on a random Saturday night.

The next day, after the news of Bryant’s death spread across the internet, I was immediately grateful that James took the time to heap the meaningful praise on Bryant and his legacy. Bryant had a chance to receive his flowers while he was alive.

Now, after his death, Bryant is receiving many more flowers as people all around the world mourn the loss of a legend. For days, this once-proud Kobe hater sat stunned at the tragedy. It was as if I’d loss a great friend.

There was a deep sense of pain, sorrow and grief. For a few days, I did not want to go on social media to see the tributes. I did not want to read all the articles written by journalists, former teammates and fans. Only it wasn’t out of hate, even faux hate. It was out of respect and admiration for a player whose impact on the game and on the culture can never be taken away.

Rest in peace to Kobe and Gianna Bryant, as well as the seven others who passed away with them. There will never be another Kobe Bryant. Long live the Mamba mentality!