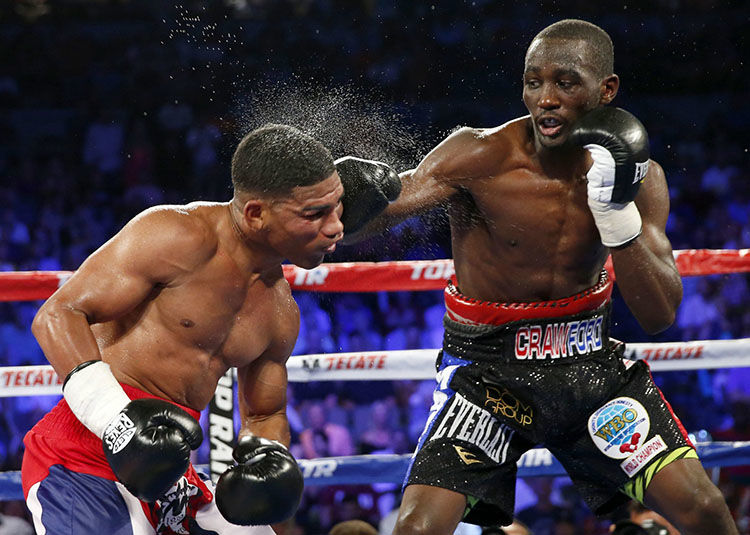 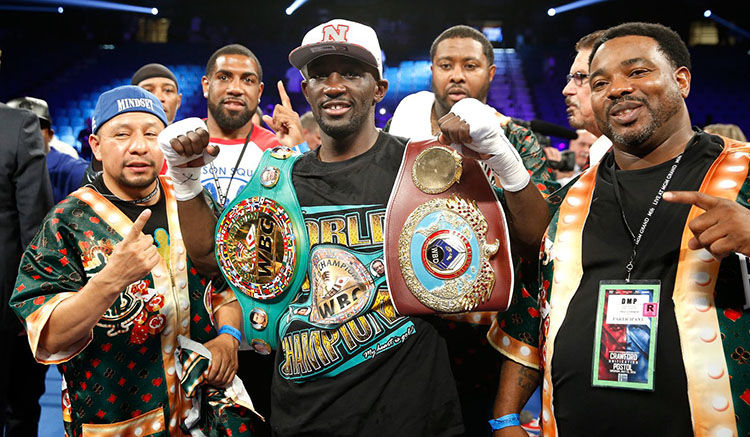 Terence Crawford took a bullet to the head in 2008. That didn’t stop him from earning world championships in the lightweight and super lightweight divisions.

Ever since Floyd Mayweather Jr. and Andre Ward walked away from the game, boxing has been left without a true, undisputed pound for pound king. A quick scanning of various respected pound for pound lists show Terence “Bud” Crawford, Gennady “GGG” Golovkin and Vasyl Lomachenko in the top three spots. However, the order on each list is as different and varied as the fighter’s styles.

Golovkin is the stalking knockout artist. Lomachenko’s technical skills are fluid and pure. Crawford is the best of both worlds, an insanely-skilled technician with a mean streak.

Last September, Golovkin made his case for the pound for pound crown by out-boxing Canelo Alvarez over 12 rounds. Unfortunately, Triple G’s “Big Drama Show” played out in reality when the bout was declared a majority draw rather than a career-defining victory. Golovkin hoped to clear up any confusion over which fighter was better in a rematch until Alvarez tested positive for performance enhancing drugs and got himself temporarily banned from the sport.

In December, Lomachenko began making his claim for the crown. He dominated Guillermo Rigondeaux for six rounds and forced the longtime bantamweight champion to quit on his stool. In May, Lomachenko was forced to dig deep after he was dropped by Jorge Linares. The Ukrainian fighter bounced back by knocking out his opponent with a devastating liver shot in the Round 10.

Crawford dominated the lightweight and super lightweight divisions for years. His signature performance to date was a thrilling ninth round knockout of Yuriorkis Gamboa in 2014. The Omaha native dropped the former Olympic gold medalist four times before the bout was halted. Since then, he has remained undefeated, stopping six of eight opponents in the process.

This weekend, Crawford will make his bid as the best boxer in the world. He will move up in weight and attempt to capture a title in a third weight class against by going through WBO welterweight titlist Jeff Horn.

Horn (18-0-1, 12 KO) jumped onto the scene by earning a disputed decision victory over Manny Pacquiao last July. Though the judges’ decision was questionable, Horn’s heart and grit was not. Horn survived a brutal ninth round barrage from Pacquiao and remained his rugged and aggressive self for the rest of the fight.

Expect Horn to fight a very aggressive and determined battle. Due to the controversy of his victory over Pacquiao, Horn and his team feel disrespected by the boxing media. Against Crawford, he intends to prove once and for all that his career-defining victory was no fluke.

Horn will certainly attempt to use his weight advantage (which could be up to 15 pounds on fight night) to disrupt Crawford’s night. Unlike Pacquiao, Crawford is in his prime. Pacquiao’s deadliest days are far behind him. Horn’s shoulders, elbows and head butts may have very well discouraged Pac-Man from trying to take off the Aussie’s head. Against Crawford, those tactics will only ensure that his head rolls further.

ESPN’s Mark Kriegel did a profile on Crawford that took a deep dive into Bud’s backstory. His uncle was stabbed to death. His aunt served time in prison for cocaine possession. His home life was filled with plenty of alcohol and arguing by his parents. He estimates that he has been shot at approximately eight times throughout his life. That total includes the time he took a bullet in the head in 2008. Each incident made him hungrier, angrier and more dedicated to hurting people inside the squared circle.

In the ring, Crawford has the total package. He’s aggressive but smart, swift yet powerful. He’s also utterly unpredictable. At any given moment he’s likely to pepper his opponents with a swift jab, a digging hook to the body or a looping shot to the dome. He effortlessly switches between orthodox and southpaw stances and is remarkably effective at both.

At times, he seems content to outbox his opponents. Other times, he’s not satisfied unless he goes toe-to-toe and emerges as the last man standing.

Despite being the WBO champion and a highly-ranked welterweight, from a skill standpoint, Horn is certainly overmatched. He’s a considered a titlist while Crawford is a champion. I fully expect Crawford to end the hard-nosed Aussie’s night around Round 7 on Saturday night. Once he gets Horn in trouble, he won’t fail to capitalize as Pacquiao did.

Even with an impressive KO victory, Crawford’s status as the man won’t likely be cemented on Saturday night. However, his foray into the stacked welterweight division will certainly help clear up whether he can outshine Lomachenko or Golovkin in his quest for pound for pound supremacy.

If he gets past Horn, enticing matchups await. Fight fans should salivate at the potential of watching Crawford climb into the ring with Keith Thurman, Errol Spence Jr. or Danny Garcia.

There has even been talk of a possible bout between Crawford and Pacquiao. That bout would surely serve as a boost to Crawford’s bank account and give him a sizeable audience to prove why he should be considered the best fighter in the world.

Crawford vs Horn will be televised on ESPN+ Saturday, June 9 starting at 8:30 CST.