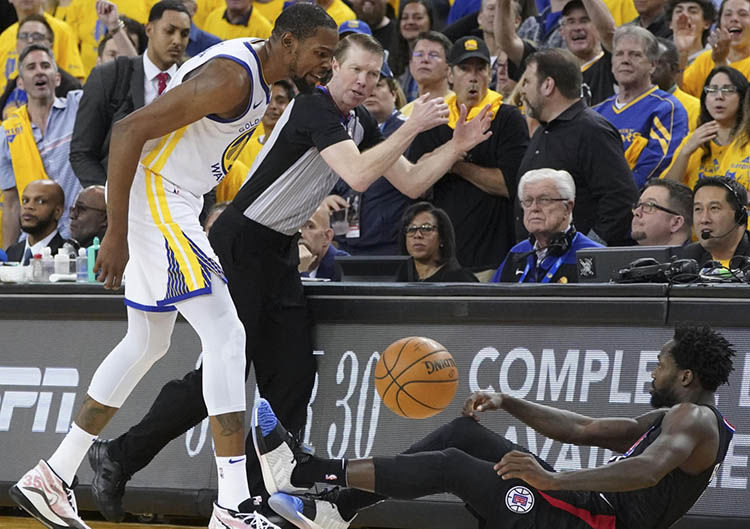 Kevin Durant and Patrick Beverley were both ejected from Game 1 of the NBA Playoffs. Beverley then helped agitate Durant into nine turnovers and six fouls in Game 2. 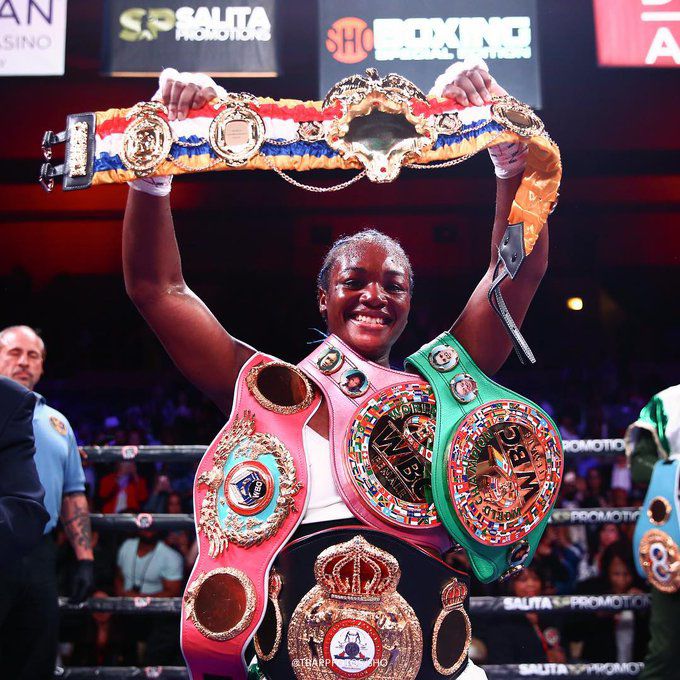 Kevin Durant and Patrick Beverley were both ejected from Game 1 of the NBA Playoffs. Beverley then helped agitate Durant into nine turnovers and six fouls in Game 2.

When four-time NBA All-Star DeMarcus Cousins signed with the Golden State Warriors, many basketball fans declared the 2018-19 season a mere formality. Cousins brought an embarrassment of riches to Warriors, a team that has won three championships in the past four seasons.

On paper, the Warriors simply could not be beaten. The entire starting five participated in the 2018 All-Star Game. The Warriors roster contains two top-five talents in Steph Curry and Kevin Durant. It also features two elite defenders in Draymond Green and Klay Thompson. If that weren’t enough, add in Cousins, who, before his Achilles rupture, was perhaps the most-dominant offensive center this side of Anthony Davis.

With Cousins on board, the Warriors’ championship recipe seemed as simple as a trendy meal-kit delivery service. Unfortunately for the Warriors, basketball games aren’t played on paper and there’s no guaranteed delivery for the Larry O’Brien Championship Trophy.

The team survived a scare due to a minor foot injury to Curry during the team’s last regular-season game. Unfortunately, the Warriors could not escape calamity when Cousins collapsed after suffering a torn left quadriceps muscle in Game 2 of its first-round playoff matchup against the Los Angeles Clippers. In addition to the loss of Cousins, the Warriors blew a 31-point lead (the largest in playoff history), which left the juggernaut seeming suddenly less intimidating.

It seems that Clippers guard Patrick Beverly has gotten into the head of Kevin Durant. Both Durant and Beverly were ejected from Game 1 after receiving two double technicals. Durant remained flustered in Game 2. He turned the ball over nine times and fouled out with 1:21 remaining in the game.

The Warriors should still be considered title favorites. After all, Curry, Klay and Dray have earned three rings before ‘Splash Cousins’ came to town. For the team to win, Durant must show more emotional control. If Beverly can live in his head rent-free, you’d better believe that every future opponent will work overtime to agitate the former league MVP.

It is quite possible that Cousins’ injury coupled with the humiliating loss to the Clippers could serve as a motivating factor to a team that struggled with focus throughout the season. It is hard for a team to stay dialed in when everyone expects the squad to moonwalk its way to a title. A key injury and a smack down in front of the home crowd should inspire the Warriors to turn it up a notch.

The next time the Warriors possess a big lead, don’t expect Steve Kerr to sit his starters for a long period of time. It is also unlikely that the players will put it in autopilot and attempt to cruise down the stretch. If anything, the losses should make them more dangerous and unrelenting. However, it will also give opponents hope.

Before the playoffs began, only a few teams could realistically believe they had any chance at dethroning the reigning kings. The Rockets are rolling and have pushed the Warriors in the past. The Bucks boast the best regular-season record in the league. Everybody else is —everybody else.

Now teams will examine the playoff landscape and wonder, “If the Clippers can do it, even for a game, why can’t we?”

It was terrible to see Cousins go down for what appears to be the rest of the playoffs (He has been declared out indefinitely, not out for the season). After all the hard work and effort he put to come back from his Achilles injury, he deserved better. However, the uncertainty created by his absence and the ensuing collapse of one of the most-talented teams ever assembled was exactly what the league needed to make the playoffs great again.

While ladies such as Ronda Rousey, Gina Carano and Cris Cyborg have gained fame, acclaim and accolades as MMA headliners, there hasn’t been a woman boxer who has dominated and captivated fight fans since Laila Ali walked away from the sweet science in 2007. (Ann Wolfe was known to hardcore boxing fans, but sadly never became a household name outside the sport.)

That may be about to change.

She used impressive combination punching and solid defense to dominate over 10 rounds. According to ComuBox, Shields landed 112 of 387 punches (29 percent) compared to just 49 of 366 punches (13 percent) by Hammer.

The victory earned Shields the title of undisputed women’s middleweight champion of the world. She now holds all the major middleweight titles including the WBA, WBC, IBF, WBO and The Ring.

Atop the totem pole at just 24-years-old, Shields has an extremely bright future ahead. Like the Ali family, both Laila and her late-great father Muhammad, Shields is as nice on the mic as she is with her hands.

She possesses the rare blend of braggadocios, humility and humanity that all-time greats are made of.

"I am the greatest woman of all time," Shields said after the victory. "I feel like I'm dreaming right now.”

Next up, the GWOAT hopes to faces Cecilia Braekhus, the undisputed women’s welterweight champion of the world.

“Me and her fight, that's pay-per-view," Shields said.

Hopefully Showtime will make it happen and show Shields the money!

Be sure to check In the Clutch online and also follow Ishmael on Twitter @ishcreates. Subscribe to The St. Louis American’s YouTube page to see weekly sports videos starring Ishmael and Melvin Moore at youtube.com/stlamericanvideo.