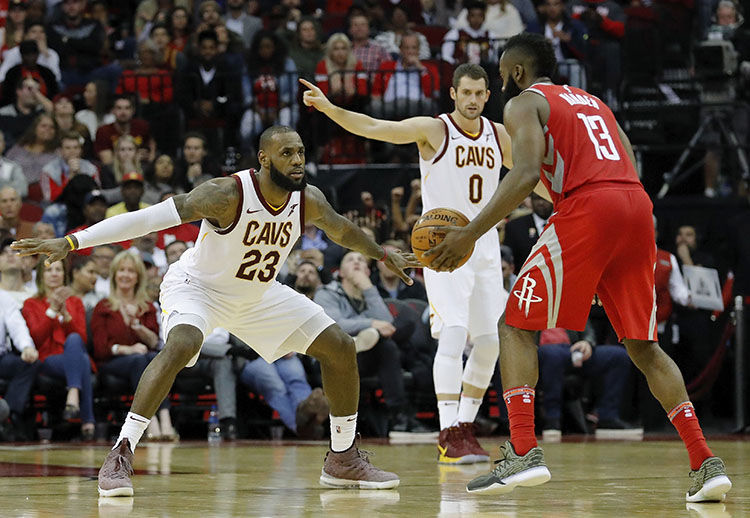 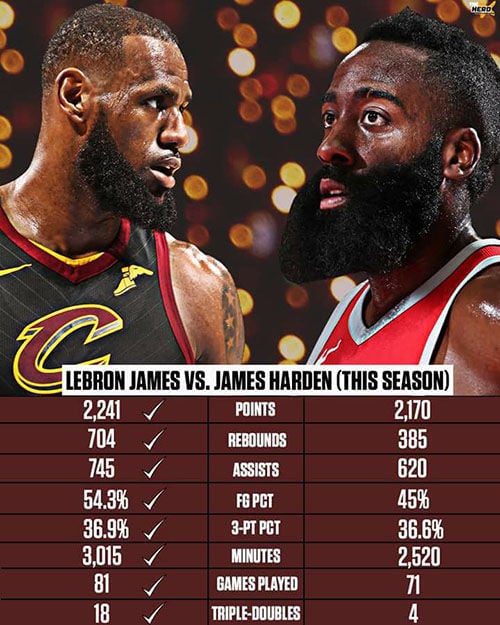 For much of the season, the winner of the 2019 NBA MVP Award has been a foregone conclusion. Last season, the Houston Rockets’ James Harden put together one of the greatest non-MVP seasons in NBA history when he averaged 29.1 points, 11.2 assists and 8.1 rebounds per game. Despite his brilliance, Harden was outshined by Oklahoma City’s Russell Westbrook, who was the first man since Oscar Robertson (1961-62) to average a triple-double.

This season, Harden took the reins in the MVP race from the jump. Despite adding another ball-dominant player in nine-time All-Star and future Hall of Famer Chris Paul, Harden hasn’t missed a beat. This season, Harden has averaged 30.4 points, 8.8 assists and 5.4 rebounds per game. He dropped his turnovers from an absurd 5.7 per game last season down to 4.4.

Even with Paul’s addition to the squad, Harden has been the man in Houston. He has always been almost unguardable off the dribble. He has also continually improved as a three-point threat.

This season Harden is shooting nearly 37 percent on ten long-range attempts per game. His 265 made three-pointers this season are the ninth-most in a single season. If he plays in the Rockets’ regular-season finale, he could pass Dennis Scott (267), Klay Thompson (276) and Ray Allen (269) to jump up into the No. 6 spot.

Though injuries have played a factor, this season Harden will unseat Stephen Curry as the three-point king for the first-time since 2012.

Harden’s defense is also much-improved. His post-defense has been downright impressive. According to the Houston Chronicle, opponents have scored just 26.2 percent of the time against Harden in the low post. He has only allowed 0.51 points per possession. Both of those stats lead the NBA.

"His post defense is as good as anybody," coach Mike D'Antoni told the Chronicle. "That's why we can switch with him all the time."

Harden’s ace-in-the-hole has been his team’s performance. Last season the Rockets won 55 games and finished third in the Western Conference standings. This year, with one game remaining, the Rockets have won 65 games and essentially led the West from start-to-finish.

Nobody predicted before the season that the Rockets would finish tops in the West. Furthermore, if I would’ve written that the Warriors would finish either seven or eight games behind the Rockets, I would’ve been laughed out of the building, off the internet and probably subjected to a “random” drug test from my boss.

Until recently, the idea that anybody else could be named MVP was preposterous. Then people started to notice LeBron James. Remember him? He’s the guy who has been the best player in the league for the past decade or so.

In his 15th season, James is putting together one of his most impressive statistical seasons ever. James has averaged 27.7 points, 9.2 assists and 8.7 rebounds per game. At 33-years-old, James’ assist and rebounding totals are both career highs.

The King’s 18 triple doubles are second in the league, only behind Westbrook’s 25. For the first time in his career, James averaged a triple double for an entire month during February.

Some of those totals are skewed by the fact that James appears poised to play in all 82 games this season while Harden missed at least 10 games due to injury and rest. The question, however, is whether James’ moderate statistical advantages in certain categories makes up for the Cavs’ deficiency in wins.

Though Cleveland entered the season as the clear-cut favorite in the Eastern Conference, the Cavs will finish as the third or fourth seed at the end of the regular season. They’re behind the Toronto Raptors, Boston Celtics and possibly the Philadelphia 76ers.

James has been the Cavs driving force all season, however, his team has been through some major ups and downs along the way.

Harden’s Rockets put the pedal to the metal at the start of the season and never looked back. As odd as it is to write, Cleveland’s team had a much better chance to land a No. 4 seed in the ‘Leastern’ conference without James than Houston had to land the No. 1 seed in the West without Harden.

For that reason, Harden must be the NBA MVP.

The fact that James has willed himself into the conversation once again is a testament to his greatness. However, the difference in wins is simply too great to overcome.

Some James fans will point out that the MVP award is an individual award, not a team one. Those same individuals will ignore the fact that, against all odds, Westbrook managed to average a triple-double for the second consecutive season with averages of 25.6 points, 10.1 assists and 10.0 rebounds per game. Despite his gaudy stats, Westbrook has received almost no MVP buzz. Why? The Thunder will finish the season with 47 or 48 wins. James’ Cavs will finish with either 50 or 51 wins.

This season’s hardware belongs to the beard.