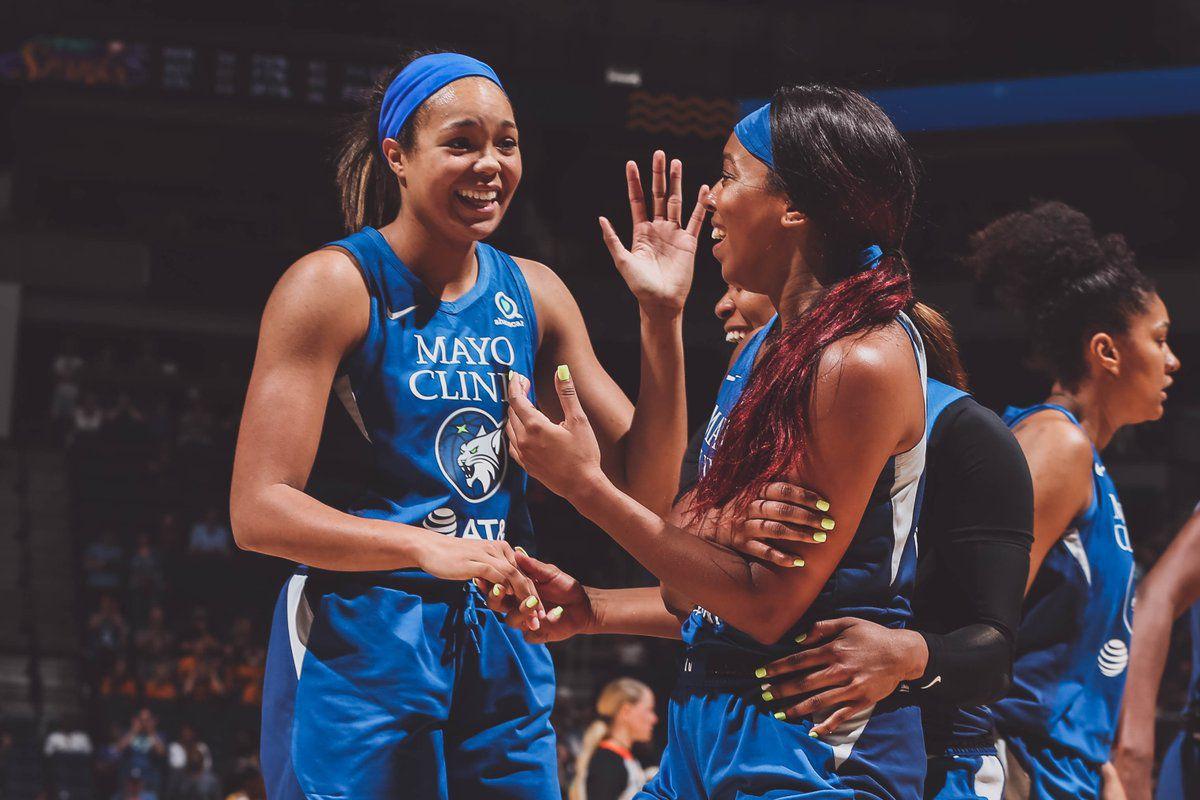 Napheesa Collier and WNBA players across the league should be cheering after a new tentative CBA agreement was announced that will see a 53 percent increase in player salaries.

A sad secret of the WNBA is that many of the league’s players spend the offseason playing for professional teams across Europe because their WNBA salaries are just a tiny fraction of their male counterparts.

One example is former Mizzou standout Sophie Cunningham. Instead of spending her first WNBA offseason recuperating and training, she is currently getting buckets Down Under while playing in Melbourne, Australia.  According to Sportrac.com, Cunningham earned just $42,570 in salary during her rookie season in the WNBA.

Former Incarnate Word Academy standout Napheesa Collier was an All-Star and the WNBA’s 2019 Rookie of the Year. The Minnesota Lynx star earned a salary of $49,539. There have been reports that Collier will suit up for the Turkish team Fenerbahçe during the offseason.

Those days of double duty for WNBA players may soon be coming to an end. Tuesday, the league announced that it has reached a tentative eight-year agreement with the player’s union that will significantly increase player salaries.

In a statement, the WNBA claimed that the deal will represent “a 53 percent increase in total cash compensation” for its players. According to the Washington Post, the average salary for WNBA players was just $70K in 2018. Under the new CBA, the average WNBA salary will rise to nearly $130K.

That is a monumental rise. DeWanna Bonner of the Phoenix Mercurywas the league’s highest-paid player with a salary of $127,500.

Under the new CBA, the league’s top players can earn up to $215K in base pay and more than $500K including bonuses. More importantly, starting in 2021, the players will receive a 50-50 revenue sharing split. That means as the league continues to grow in popularity, so will the players’ salaries.

Other improvements under the CBA will include: individual hotel rooms for players for road games, paid (full salary) maternity leave, a $5,000 childcare stipend, two-bedroom apartments for players with children, earlier free agency and more.

Retired WNBA legend and Hall of Famer Lisa Leslie was thrilled with the news and took to Twitter to congratulate current WNBA players.

“I am so happy for ever[y] single player in the @WNBA and ever[y] young girl on her way! This is such a blessing! I’m just happy to witness it! Congrats to all who helped fight the good fight! #Groundbreaking,” she tweeted.

Current Los Angeles Sparks forward and ESPN analyst Chiney Ogwumike tweeted, “We did this for the next generation. This is our legacy…”

While the WNBA salaries still pale in comparison to their NBA counterparts (Steph Curry is earning more than $40M this season), it is a step in the right direction. The league’s new salary structure should allow players to rest and train in the offseason. It will also allow them more opportunities to market the league during the offseason. More marketing should equal more fans which would equal even more money.

Hopefully the salary increase can also help to prevent major injuries. Breanna Stewart led to Seattle Storm to a WNBA championship in 2018. She was the league’s regular-season and Finals MVP. However, she was forced to miss the entire 2019 season after she ruptured her right Achilles tendon playing in Europe during the off-season.

Though the injury was devastating to the Storm, it undoubtedly helped nudge WNBA executives into agreeing into a newer, fairer CBA agreement.

The two-time Olympic gold medalist achieved the fantastic feat in just her tenth professional fight. She broke the record of Vasiliy Lomachenko and Kosei Tanaka, who both needed 12 fights to become three-division champions.

“This feels great – I did it in 10 fights,” Shields stated after the fight. “Now I’m number one, the fastest boxer in history to become a three-division world champion.”

As the “GWOAT” continues to rack up victories and make history, her dream is to elevate the stature women’s boxing the same way that Laila Ali and Christy Martin did in the past.

“I want to grow women’s boxing. I want to share a card with Deontay Wilder and Errol Spence,” Shields stated.

Shields carries herself with the swagger and confidence of Muhammad Ali or Floyd Mayweather Jr. If she continues to rack up the historic victories, she certainly has the potential to carry women’s boxing to the next level.

There is talk of a crossover fight with UFC star Amanda Nunes, either in the Octagon or in a boxing ring. Shields has welcomed the fight. Like the WNBA players, Shields is trying to earn higher wages. Though I sincerely doubt there is a yellow bone in her body, she’s just trying to take care of her chicken like Marshawn Lynch.