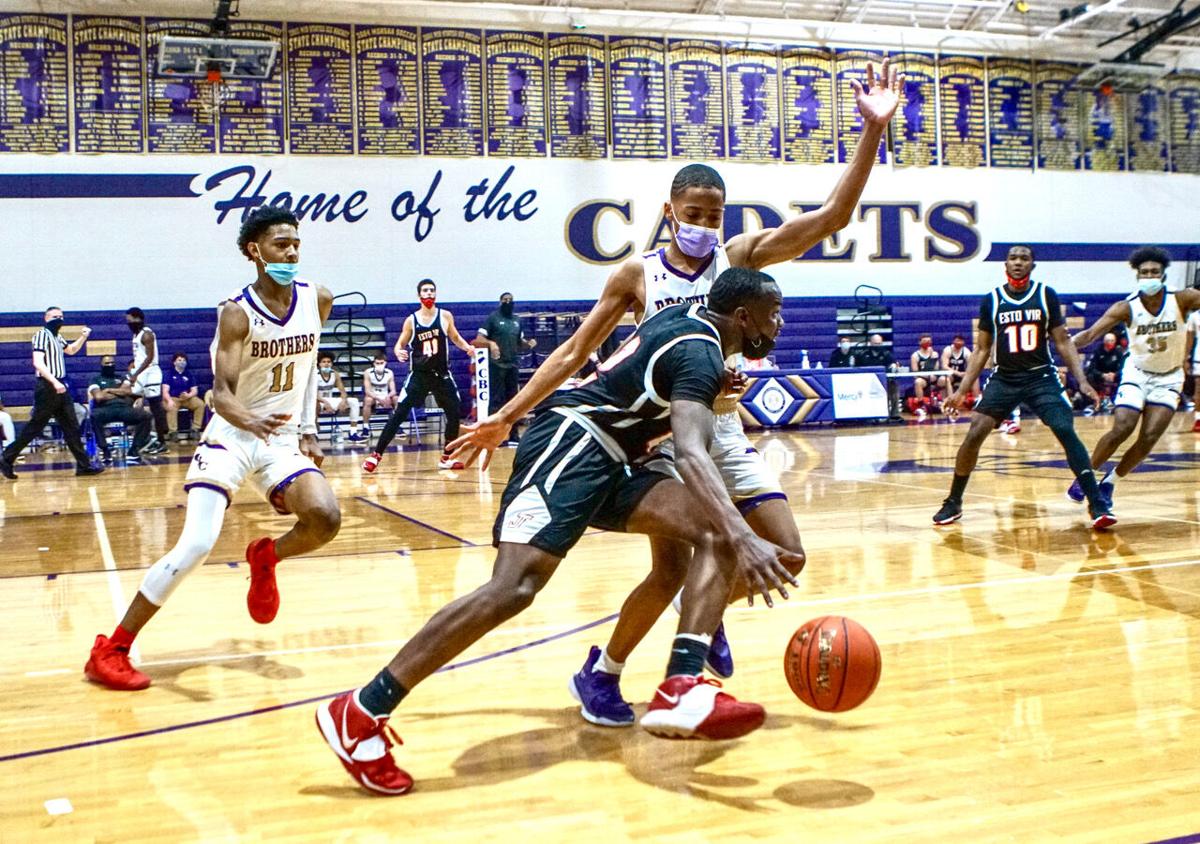 Charminade's Bryan Ward Jr. (2) drives past CBC's Justus Johnson (3) during game action Fri. Jan. 15, 2021. The Red Devils of Charminade would hand the Cadets of CBC their first loss of the season 62-58. 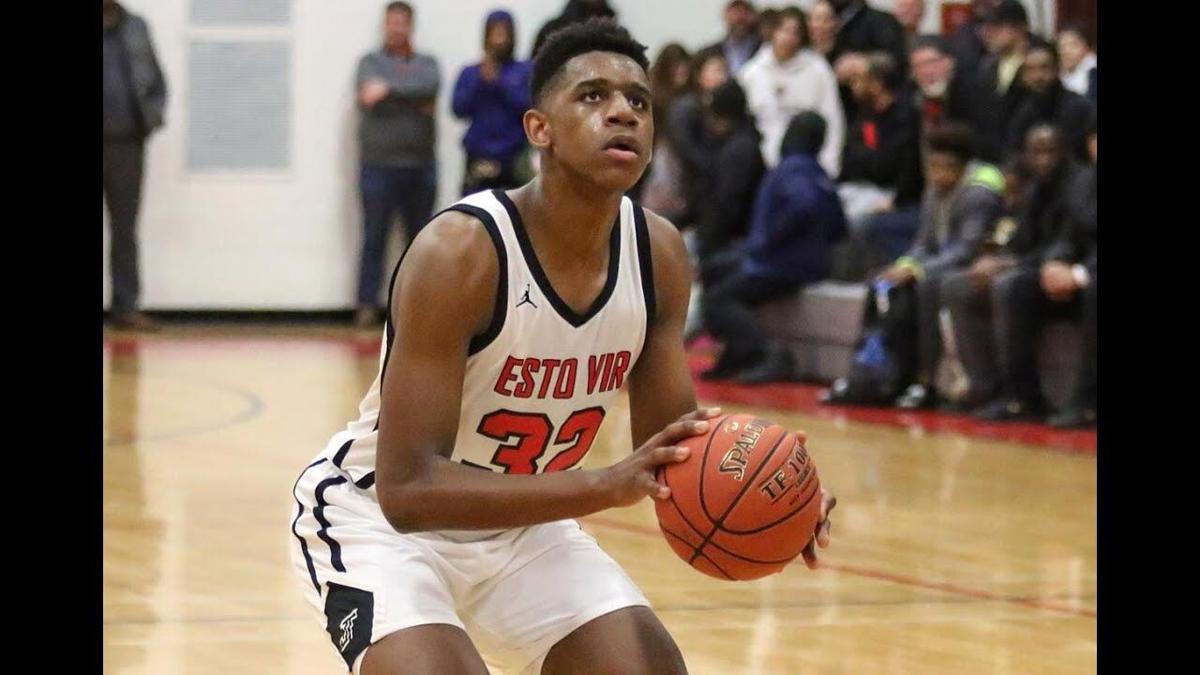 The Chaminade Red Devils have enjoyed a tremendous run of success in boys basketball over the years with a couple of state championships, several state Final Four appearances and a group of alums who have made their way to the National Basketball Association, such as Bradley Beal, Jayson Tatum, Tyler Cook and the retired David Lee.

The faces are different, but not much has changed around Chaminade as they have posted a 7-1 record this season with victories over such top teams as Cardinal Ritter, DeSmet and last Friday night’s road victory at CBC. They are currently in first place in the Metro Catholic Conference and ranked No. 2 in the Missouri Basketball Coaches Association Class 6 poll.

Leading the charge this season are a pair of talented juniors in 6’10” Tarris Reed Jr. and 6’2” guard Damien Mayo. Both were instrumental in the Red Devils’ run to the Class 5 state Final Four last year as sophomores. Both have taken their games to another level as junior leaders.

Reed has emerged as one of the top big men in the Midwest region. He has scholarship offers from several major Division I programs already, including Michigan State, Florida, Saint Louis University and many others. He is averaging 19.4 points, 12.1 rebounds and nearly two blocks a game. Mayo is an explosive guard who is averaging 15 points and 6.6 rebounds while shooting 38 percent from 3-point range. He has also received a number of Division I scholarship offers as well.

Making up the supporting cast are a group of talented players who are getting their first taste of extended varsity minutes. Junior Nate Straughter is a 6’2” guard who provides instant offense off the bench with his 3-point shooting. He is averaging 12.6 points a game while shooting 40 percent from 3-point range. Sophomores Bryan Ward and Nilavan Daniels are a pair of nice guards while 6’7” junior Filip Sinobad is a forward who can shoot the ball from the perimeter.

I would like to pass along my prayers and sympathies to the family and friends of Dr. Lee Blount, who passed away last week. Dr. Blount was an avid track and field fan and we shared a mutual love for following the great track athletes in the St. Louis metro area. Dr. Blount was part of a group of sage gentlemen who would go to area high school track meets around the area and the state championships in Jefferson City. I used to call them the “Council of Elders.” They have been going to meets for decades. I loved those guys. During the meets, athletes and coaches alike would come up to the section where the group sat to pay their respects.

Whenever he visited our office on one of his frequent visits, he would always make time to come over to my desk to talk high school track. Dr. Blount was a keen observer of the middle distance events, especially the 800-meter run. If you were a star in the 800, Dr. Blount knew your name. Whether it was Darnell and Marquis Walker, Ann Heffner, Charles Jones, Kim Gardner or Brandon Miller, Dr. Blount knew who they were and he celebrated their success along with that of many others.

Make sure to mark down the date of next Tuesday, Jan. 26 on your girls’ basketball calendar. That is when a strong Vashon basketball team will pay a visit to Incarnate Word Academy to take on the nationally-ranked Red Knights. The Wolverines have one of the most talented teams in Class 4 in the state. Before their showdown with IWA, they also have games with Webster Groves and Lift for Life. Incarnate Word is currently 12-0 on the season. The Red Knights will visit Westminster on Friday in a rematch of the Visitation Christmas Tournament championship game.

Congratulations to John Burroughs football standout Tyson Ford, who gave a verbal commitment to attend Notre Dame on Monday afternoon. The four-star defensive end selected Notre Dame over his other three finalists, which were Missouri, Oklahoma and Georgia. The 6’6” 240-pound Ford was ranked among the top prospects in Missouri in the Class of 2022.