You are the owner of this article.
Edit Article Add New Article
You have permission to edit this article.
Edit
Home
News
COVID-19
Opinion
Entertainment
Election
Health
Business
Sports
Salute to Excellence
NIE
Multimedia
About
Classifieds
1 of 2 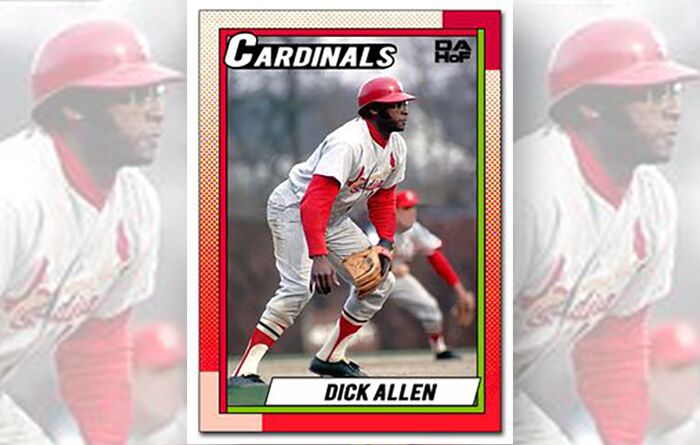 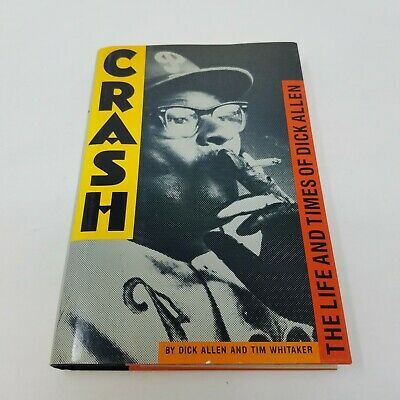 “Crash”, the autobiography of Dick Allen

Dick Allen, my favorite baseball player of all time, died on Dec. 7.

The 1964 National League Rookie of the Year played the first six years of his career with the Philadelphia Phillies — where much of the fan base despised him and showered him with racial insults.

He was traded to the St. Louis Cardinals following the 1969 season, and on April 10,1970, he took the Busch Stadium field for the first time.

“The place erupted. A standing ovation. My dad and I clapped like crazy. He had a tear in his eye,” I wrote in a St. Louis American sports column in December 2005.

The trade is historic because the late Curt Flood was a key player in the deal. Flood, who was not under contract, would challenge baseball’s reserve clause before eventually losing his case before the U.S. Supreme Court.

Allen led the Cardinals in home runs (34) and RBI (101) that season. He wrote in his autobiography “Crash” that his single season in St. Louis was special to him. He said that team “grooved.”

“Man, they were on it," he said of Lou Brock, Bob Gibson and others.

He missed a portion of the season with a nagging leg injury, and the same fans that stood for him in early April were not upset when he was dealt to the L.A, Dodgers for second baseman Ted Sizemore.

“Allen was the "Shaft" of the National League by reputation.” I wrote.

“It was difficult to tell where the myth ended and the real story of Dick Allen began, but in 1972, the calm Chuck Tanner was the White Sox manager and brought out the best in Allen.”

Allen won the Most Valuable Player award with one of the best seasons in the American League in decades. Allen led the AL in homers (37), RBI (113), walks (99) and slugging percentage (.603) and was named MVP.

I, unfortunately, was prophetic 15 years ago when I wrote, “Allen should be in the National Baseball Hall of Fame, but that honor will probably have to wait until both he and many of today's voters have passed away.”

Allen fell one vote short of enshrinement in 2014 in balloting by the Golden Era committee. It’s a shame and pathetic.

Former Phillies teammate and Hall of Famer Mike Schmidt spoke eloquently last summer when Allen’s number 15 was retired in a moving ceremony before a Phillies game — Allen was there but no fans were in attendance.

“He played in front of home fans that were products of that racist era (with) racist teammates and different rules for whites and Blacks,” Schmidt said.

“Fans threw stuff at him and thus Dick wore a batting helmet throughout the whole game. They yelled degrading racial slurs. They dumped trash in his front yard at his home. In general, he was tormented and it came from all directions. And Dick rebelled.”

RIP Dick Allen. You will always be my favorite player.

Don’t look now but Cuonzo Martin’s Missouri Tigers basketball team is 5-0 and ranked 16th in the AP Top 25 after beating then-No. 6 Illinois in the annual Braggin’ Rights game on Dec. 12 in Columbia. Martin said he could care less about an early-season ranking. “That’s all that buddy-buddy behind the scenes stuff. I’ve never been a fan of it because I don’t cut no side deals.”… Greg Coleman, a brother of former St. Louis Cardinals star Vince Coleman and star punter for Florida A&M, Winston Hill (Texas Southern), Coy Bacon (Jackson State) Jimmie Giles (Alcorn State), Roynell Young (Alcorn State) and coach Willard Bailey (Virginia Union) will be inducted into the Black College Football Hall of Fame on Feb. 20, 2021 in Atlanta.

Alvin A. Reid was honored as the 2017 “Best Sports Columnist – Weeklies” in the Missouri Press Association’s Better Newspaper Contest and is a New York Times contributor. He is a panelist on the Nine Network program, Donnybrook, a weekly contributor to “The Charlie Tuna Show” on KFNS and appears monthly on “The Dave Glover Show” on 97.1 Talk.” His Twitter handle is #aareid1