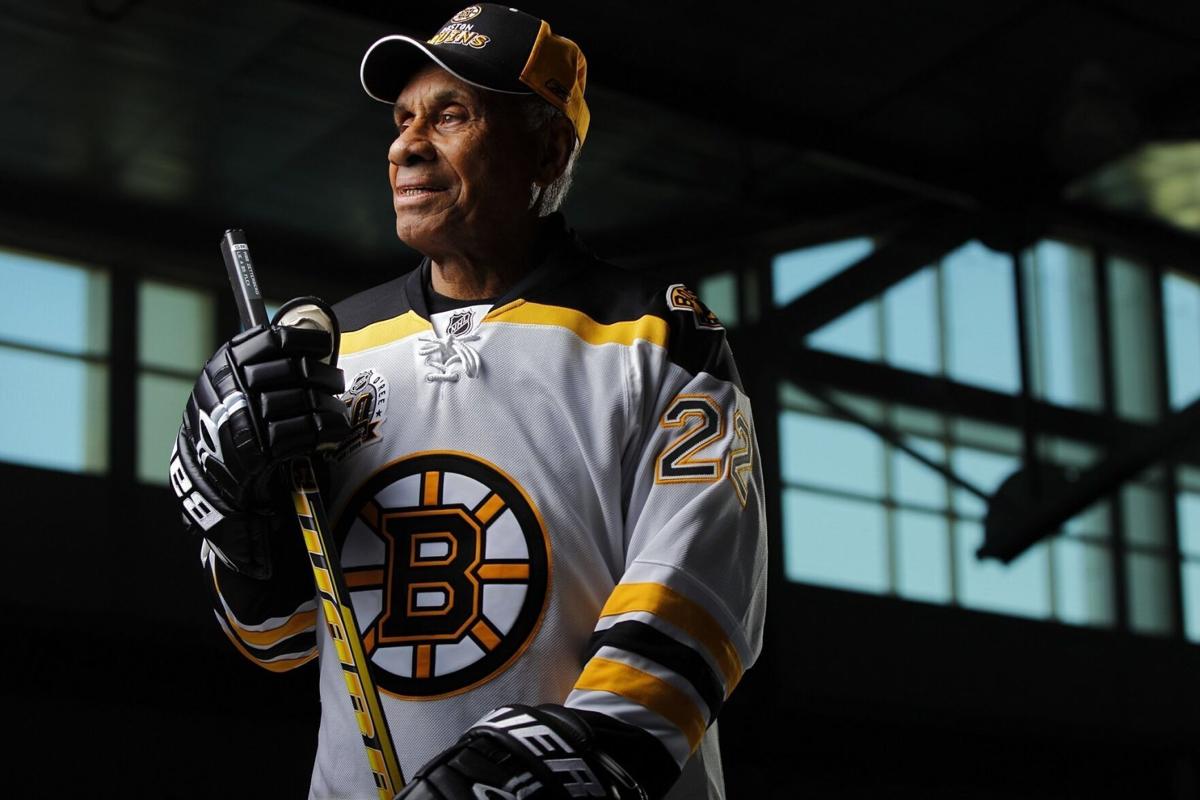 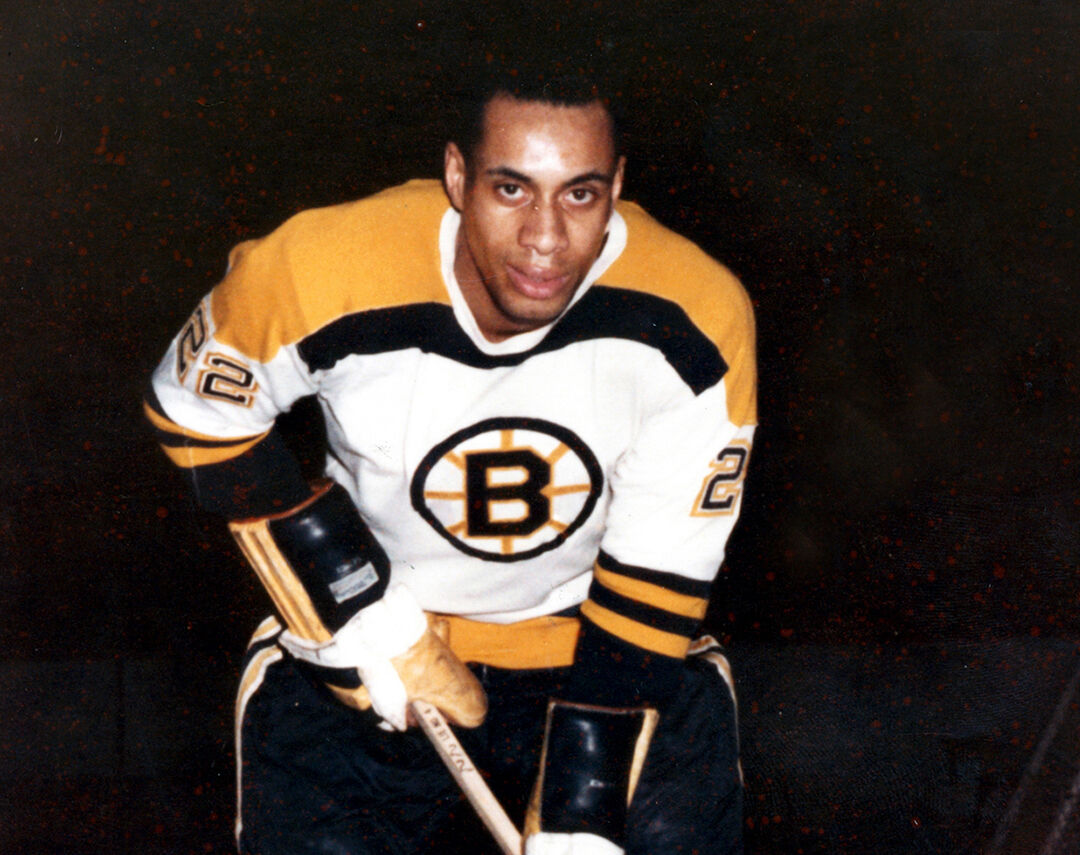 Willie O'Ree is a Canadian former professional ice hockey player, best known for being the first black player in the National Hockey League.

Willie O’Ree, NHL’s first Black player, will finally have his No. 22 retired in Boston.

A year has passed since the St. Louis Blues hosted the NHL All-Star Weekend – and what a year it has been.

College and professional sports, and much of American society, would be halted because of the COVID-19 pandemic. The Blues would wait months before defending their 2019 Stanley Cup – and be dismissed in the first round of the playoffs in the bubble of Edmonton.

All-Star Weekend became the highlight of the fractured season. It began with the NHL honoring Willie O’Ree, who became the league’s first Black player with the Boston Bruins in 1958.

A screening of the award-winning documentary “Willie,” was held at the Urban League’s Ferguson Community Empowerment Center. The film documents O’Ree’s life and career and ends with his selection into the Professional Hockey Hall of Fame in 2018.

Unfortunately, O’Ree was unable to attend because of a health issue.

The Bruins will retire O’Ree’s No. 22 sweater on Feb. 18 at the TD Garden, making him just the 12th Boston player to receive the honor.

The Blues honored O’Ree in a short video tribute before the home opener against the San Jose Sharks on Monday night. It was January 18, the same date that O’Ree took the ice for the first time in 1958 and the evening of the 2021 Dr. Martin Luther King Day celebration.

The Blues also sported a helmet decal depicting the 85-year-old O’Ree in his recognizable Fedora with the words “Celebrating Equality.”

“I was at a loss for words there for a few seconds,” O'Ree told the Bruins website after learning his sweater would be retired.

“I’m overwhelmed and thrilled about having my Bruins jersey hung up in the rafters.”

While playing in a minor league, O’Ree was struck in an eye with a puck and lost sight in the eye.

Even though he was advised to leave hockey behind, O’Ree refused.

“I was obsessed with playing the sport. Just that burning desire,” he said.

O’Ree was a Bruin for just two seasons but continued playing professional hockey until 1979.

He also realizes, as with his Hall of Fame induction, that many years passed without any honors coming his way.

“It possibly could have happened sooner,” he said. “Sometimes things take a little longer.”

The St. Louis Blues held an online auction to support the Christian Hospital Foundation and the annual Dr. Martin Luther King Jr. celebration. Game-worn jerseys from former Blues players of color Grant Fuhr, Ryan Reaves and Jamal Mayers were up for bid. Fuhr’s jersey went for $4,776… The NBA was the first sports league to celebrate Dr. King on an annual basis and there were tributes at every game on Monday. The Atlanta Hawks had a nice touch in trading the familiar ‘ATL’ on their jerseys for ‘MLK.’… Seeing Kansas City Chiefs phenom quarterback Patrick Mahomes out on his feet during last Sunday’s playoff win over Cleveland caused me to quiver… Bradley Beal and the Washington Wizards had Wednesday night’s game called off because of COVID contact tracing. It was the fifth game to be postponed. It is unknown if Beal is one of seven players that contracted the virus… Boston Celtics forward Jayson Tatum remains out of the lineup after contracting the virus and, as of Tuesday, there was not a date for his return… Ladue native Becky Sauerbrunn, team captain, was among the seven of 11 members of the U.S. Women’s National Team that knelt during the anthem before its match against Colombia on MLK Day… Chiefs offensive coordinator Eric Bieniemy interviewed for the open Houston Texans head coaching position. Of seven possible slots, five have been officially or reportedly filled by white coaches. The Philadelphia Eagles position was also open, as of Tuesday. The lone minority head coach hired is Robert Saleh with the New York Jets… Oklahoma State walk-on basketball player Dee Mitchell was working his Sunday shift at a Stillwater Walmart when he received a Zoom call from head coach Mike Boynton. Boynton and Mitchell’s COVID quarantined teammates told him he was being awarded a full-ride scholarship. Mitchell was moved to tears.