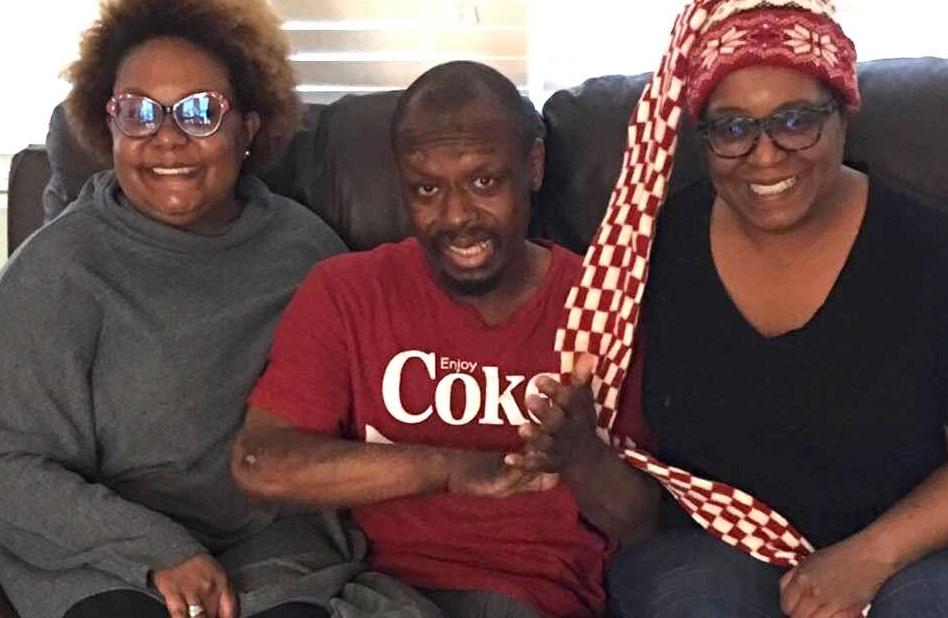 Pamela (left) and Crystal Merritt are grieving after losing their brother, William (Bill) Edward Merritt III, to COVID-19 last month.  He had overcome an initial bout with the virus and suffered a pair of strokes before contracting the delta variant, which claimed his life. 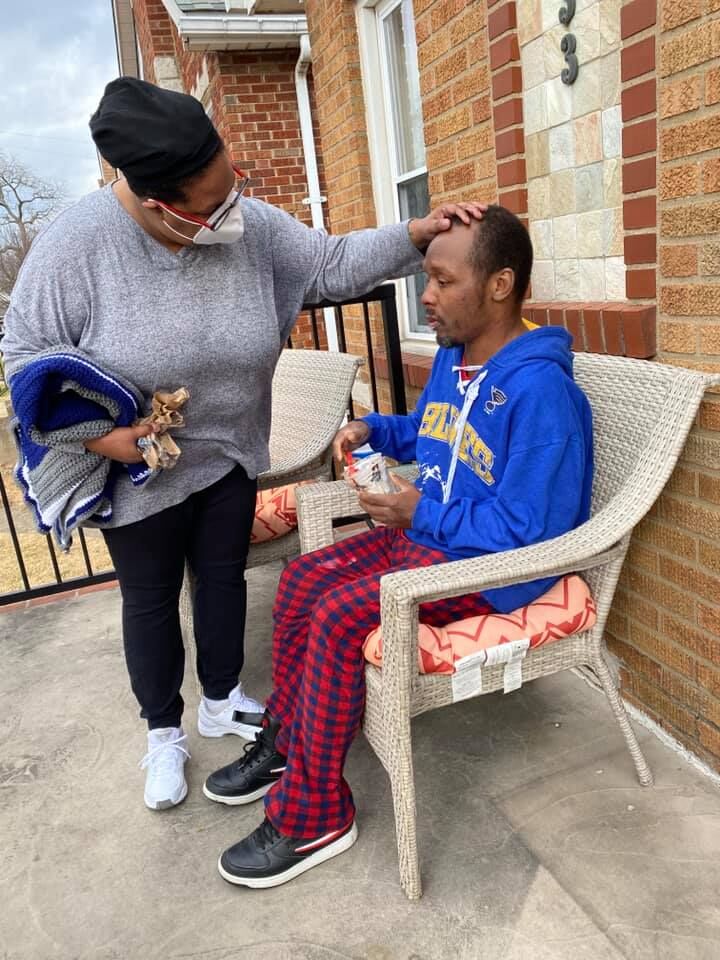 Pamela Merritt says her last brother, Bill, was a fighter that refused to give in to COVID-19 a pair of strokes and autism.  She said caring for him in his adult years "was a gift." 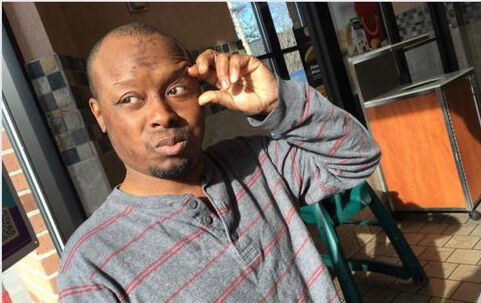 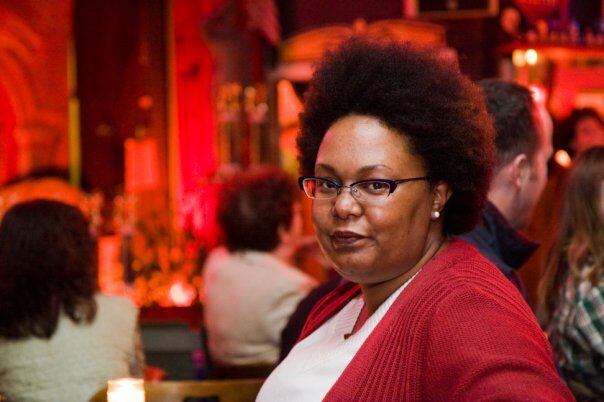 Pamela Merritt has been wrestling with feelings of unfairness lately. Her older brother, William (Bill) Edward Merritt III, 51, passed away from COVID-19 last month. The unfair part about “Bill’s” passing, Pamela laments, is that he had already suffered so much.

Last year, he contracted COVID and survived. During that time, he had two strokes and also fought on.

And then, this year, as he was healing and getting back to a challenging form of normalcy, COVID struck again. This time it was the delta variant, and this time he didn’t make it. He died on August 26, three days after his diagnosis.

Pamela Merritt is fighting against the seeming unfairness of it all. Blame, regret, sorrow, and anger go against her positive, upbeat nature. It betrays the memories and lessons she’s learned as one of her brother’s caretakers and guardians. He was diagnosed with autism at an early age. Pamela and her older sister, Crystal Merritt, saw their brother above and beyond his disabilities throughout their entire lives.  Caring for him in his adult years was not “a burden,” Pamela insists, “it was a gift.”

She said “Bill had his quirks.”

Sometimes, if he felt ignored or frustrated, Pamela said he’d “whip off his shoe” and bang it against his head. Raised around Black women, he loved the “coconutty smell” of their hair, Pamela recalled. So, oftentimes, he’d lean over to sniff the hair of women he didn’t know.

Bill also liked to shake hands. As he entered or exited a public place, he incessantly shook the hands of puzzled strangers.

He also loved music and was prone to stand, dance or sing out loud no matter the venue. One of his favorite tunes was Earth, Wind and Fire’s “September.” If he heard the song on the radio, he’d sing the chorus line, “ba de ya, de ya de ya,” for days on end, much to his sister’s chagrin.

“Oh, God. Just to watch Billy enjoy an ice cream cone on a park bench or a candy bar…to Bill it was the best damn Kit Kat bar ever.”- Pamela Merritt, younger sister of William (Bill) Merritt who died on August 26th from COVID-19.

One of Pamela’s favorite memories was when Crystal scored tickets to an Earth, Wind and Fire concert at the Fox theatre in 2011.

They took their brother and a staffer from one of EasterSeals Midwest Community Living homes, where he resided. Pamela remembered that incredible night.

“Billy loved it. He got so excited. He was hyperactive but the crowd was so mellow and cool when he stood up and started dancing. Two ushers even danced with him. That night he was being who he was and was accepted as himself. It was beautiful,” she said.

Through Bill, the Merritt sisters saw and appreciated the simplicities of life.

“He loved planes, trains, and automobiles,” the Merritt sisters wrote in his obituary.

“He indulged his love of aviation at the St. Louis Science Center, watching model airplanes fly at Buder Park and watching birds of prey (owls! oh, how he loved owls) at the Wild Bird Sanctuary and in Forest Park. He also enjoyed riding the Metro to the end of the line and playing with trains at the Transportation Museum.”

Caring for him, Pamela said, was “humbling,” like a reset button in a chaotic world.

“Oh, God. Just to watch Billy enjoy an ice cream cone on a park bench or a candy bar…to Bill it was the best damn Kit Kat bar ever.”

William was diagnosed with autism at a time when the illness wasn’t fully understood. In the 1970s, autism was still thought of as a behavioral disorder, not a complex genetic and environmental developmental disease.

Yet, Pamela said he graduated from the Judevine Center for Autism “with a package of spoken words, signs, and social skills to take on the city with passion and zeal.”

“He was hard to understand in many ways if you weren’t paying attention and listening with your whole self. It would piss him off being misunderstood. He worked for years to learn those words and wanted to be heard!”

That sense of “unfairness” again crept into her oratory as she described the circumstances of Bill’s existence as a Black, disabled man. She and Crystal feared the reaction of a police officer who might perceive Bill’s loud outbursts, his approach to strangers or the fact that he just might open a candy bar in a store before paying for it, as something that needed to be addressed with a gun.

When the pandemic began spreading last year, they knew that residents of nursing and group homes were particularly vulnerable and at potentially higher risk of contracting the coronavirus. He was among the 61 million people with disabilities, according to Easterseals, who were three times more likely to be denied healthcare and four times more likely to be treated poorly while receiving care.

The memory of her brother helps Pamela Merritt keep perspective and balance. He was loved by his hospital, clinic and group home staffers, his sisters and their extended circle of friends and family. The Merritt sisters are planning a virtual send-off for their brother later this month. In his obituary the sisters ask that people support organizations like Action St. Louis that champion the causes of people of color, homeless, poor and others who face “intersectional challenges” in life.

Mostly though, Pamela asks that people honor Bill by embracing the simple things he cherished.

“Bill loved the Science Center, the zoo, the art museum and all our parks. He’d watch birds and owls for hours and he loved riding the Metro or watching planes take off and land. He loved all the “free stuff” St. Louis has to offer,” Pamela said.

“We hope people enjoy those things and think of Bill when they do.”

Sylvester Brown Jr. is The St. Louis American’s inaugural Deaconess Fellow. Deaconess Foundation is a grant making organization, a ministry of the United Church of Christ, building power for child well-being through philanthropy, advocacy and organizing for racial equity and public policy change.