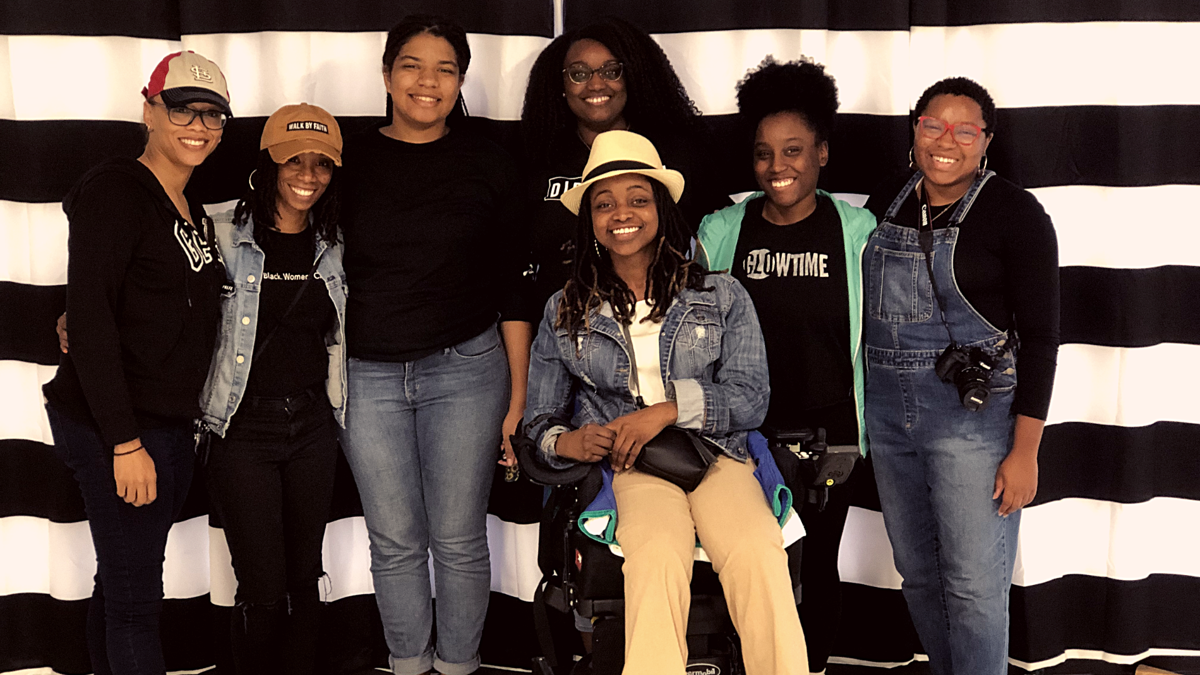 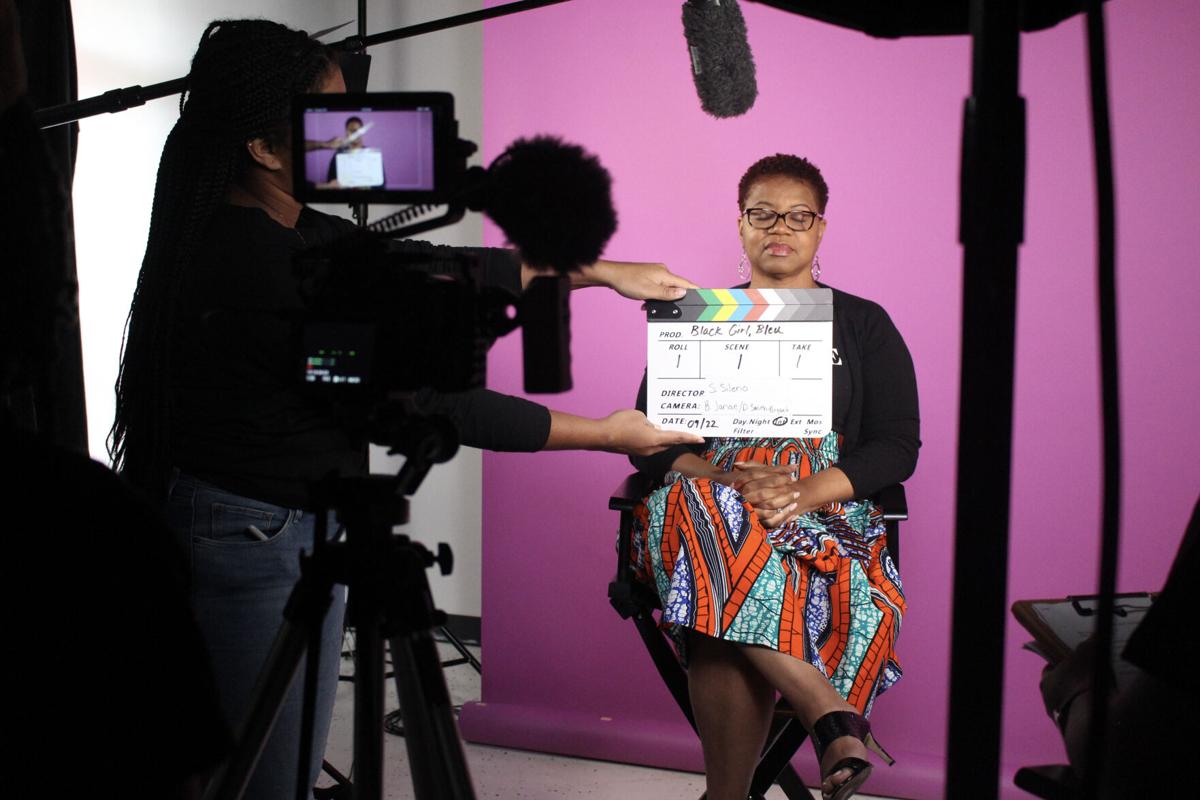 Production Assistant Diamond Younge prepares the set for the interview with licensed therapistTracie Berry-McGhee for the documentary “Black Girl, Bleu.” 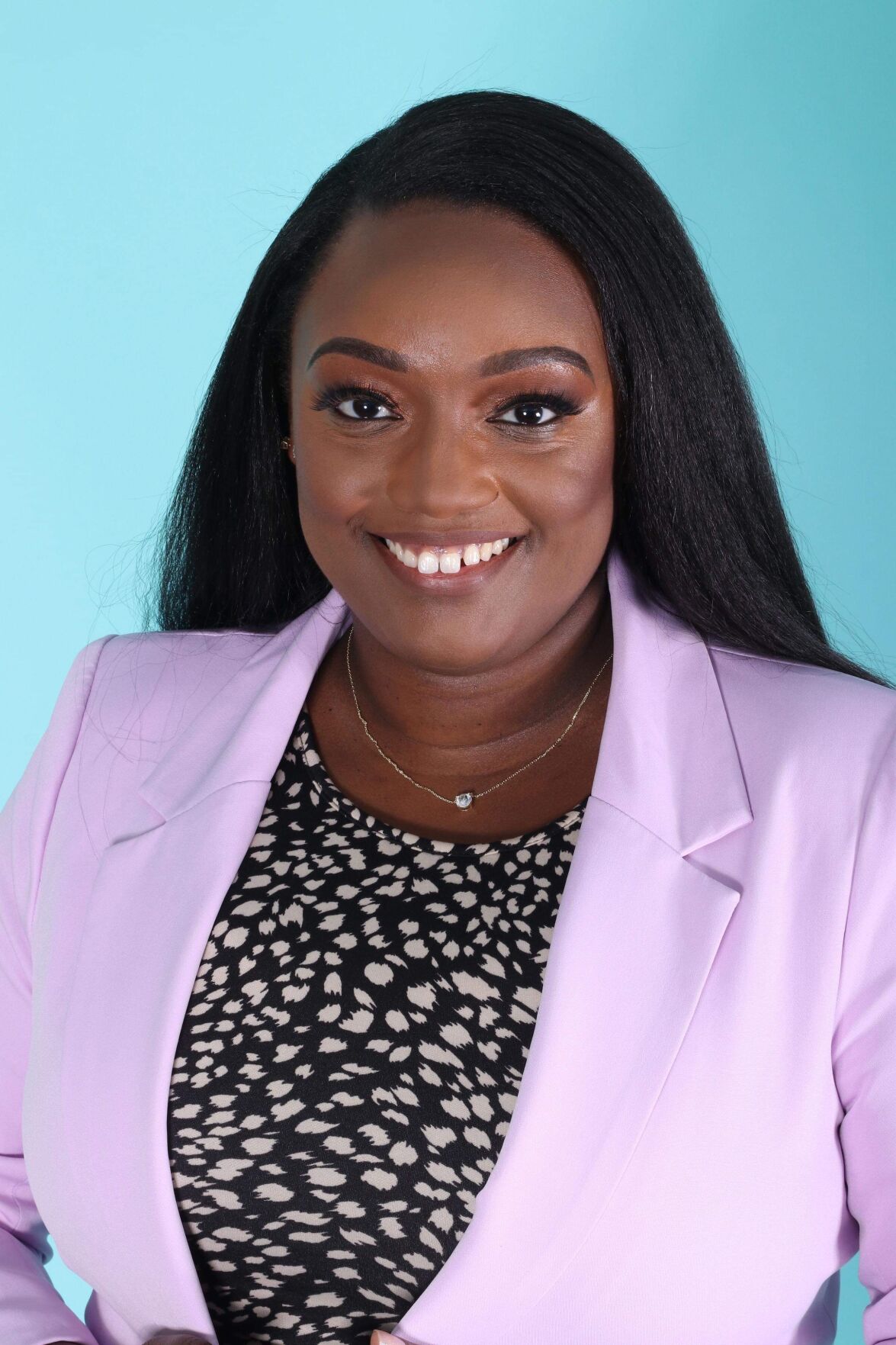 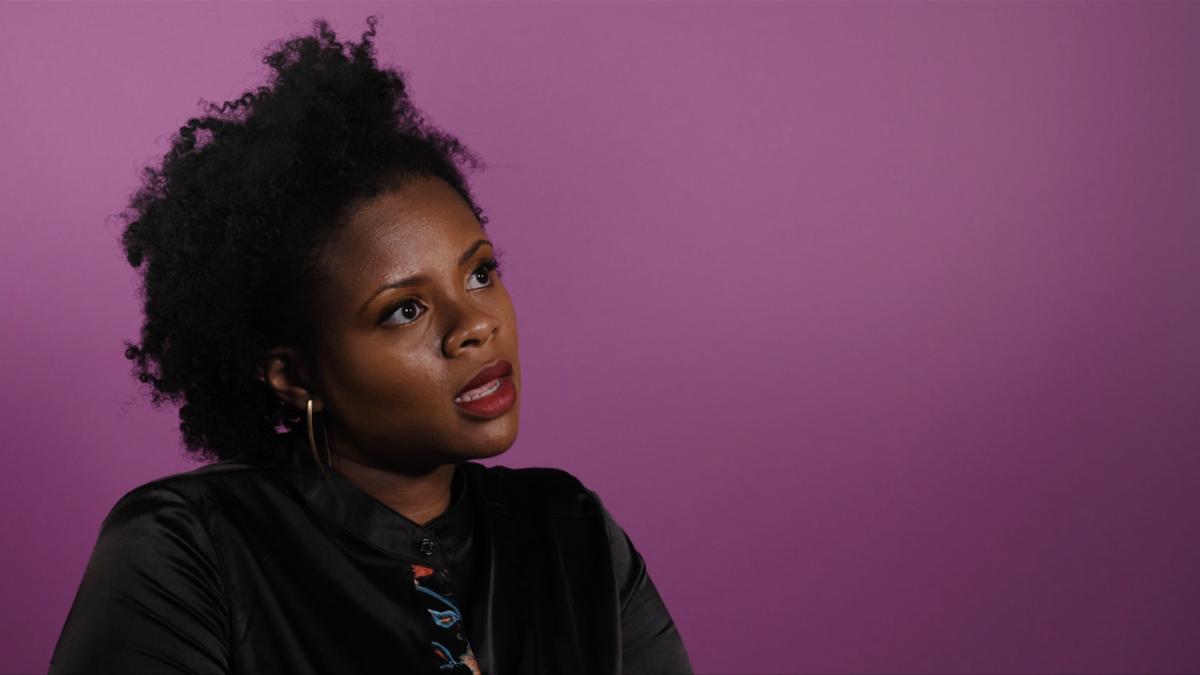 Actor and Producer Mia Bible shares her story regarding her mental health journey in the short documentary Black Girl, Bleu.

In the early 1990s filmmaker Sharee Silerio’s family relocated from Northwoods to Florissant. The move thrust her into a social situation she wasn’t prepared for: she was one of the few Black faces in her neighborhood.

Her interest in cinematography and her Uncle Vornell Clemons, affectionately known as ‘Uncle Nell,’ were the two outlets that helped her during the transition.

Clemons was also the first person Silerio saw battle mental illnesses. In addition to social anxiety, he was also diagnosed with schizoaffective disorder, a cognitive condition associated with schizophrenic symptoms, including hallucinations and depression.

When Clemons died in 2016 Silerio said she turned to a close friend for counsel after sinking into a deep, dark depression of her own.

Instead of getting their support, Silerio said she was met with insensitivity and criticism.

Their comments prompted her to make the 30-minute documentary, “Black Girl, Bleu.” The film features conversations with therapists, a teacher, creatives ad other professionals about the stigma of mental health and its impact on Black women.

“I questioned how this could be the last time myself and other Black women hear those things,” Silerio said. “I picked up my camera and decided to find Black women of all ages and backgrounds to talk about their mental health journey and ultimately remove the myth encompassed with seeking help. I wanted to humanize Black women who were facing mental crises.”

In January the documentary will be featured in the Denton (Texas) Black Film Festival’s virtual screening. The reception for the first two showings was so favorable that some suggested it deserved to be picked up by outlets such as Netflix and OWN, Silerio said.

“A lot of people said the film will free black women and people fighting mental illness,” she said. “A lady messaged me the same day she watched the film to tell me she felt God saying her chains were broken.”

Interview subjects reveal vulnerability as they discuss their encounters with psychological trauma. Silerio prides herself in treating them with dignity and respect.

Karissa Anderson, one of the women interviewed, is an advocacy director and organizer. She explained how the double-homicide of her uncles almost drove her to suicide.

“It was a late night in January 2018. I don’t recall what triggered it, but I couldn’t rest, eat or concentrate,” Anderson said. “I found myself looking for somewhere to drive off and be done with it.”

Silero’s film analyzes the misconception that comes from the “strong black woman” stereotype and debunks it by explaining that it’s perfectly acceptable for Black women to display emotions without having to feel they must carry everyone else’s burdens.

“We don’t have the opportunity to fall apart because we have to take care of our children,” Silerio said in an interview. “We have relationships to manage. We have careers. “There’s all these things we have to do no matter what. We must let people see yes, we are women with all this magic, we do all these things, and carry all these loads, but we also need to release them.

“We need to cry. We need to break. We need to seek our healing. We need to be able to be ourselves without judgment and then offer the same to other Black women to erase that myth.”

This position is echoed by others, including Tracie Berry-Mcghee, therapist and founder of SistaKeeper Empowerment Center. She believes that generational curses and cycles can be broken by confronting current and past mental trauma.

“Mental health in the Black community is so important,” Berry-McGhee said. “It’s crucial that we face mental health because it allows us to break a lot of cycles.”

Silerio’s overall mission with “Black Girl, Bleu” and her other projects is to make room for Black women to feel they can be themselves and be accepted just as they are.

Growing up in Florissant and being one of the few Black families at that time was a major motivation for doing the documentary, she said.

“I want Black women to know they are loved, and there’s power in being you,” Silerio said.

The public may view Denton’s Black Virtual Film Festival from Jan. 27 through Feb.1. For more information about the screening, visit: https://dentonbff.com/.

For more information about the mental health initiative visit: blackgirlbleu.com/mentalhealthfund/