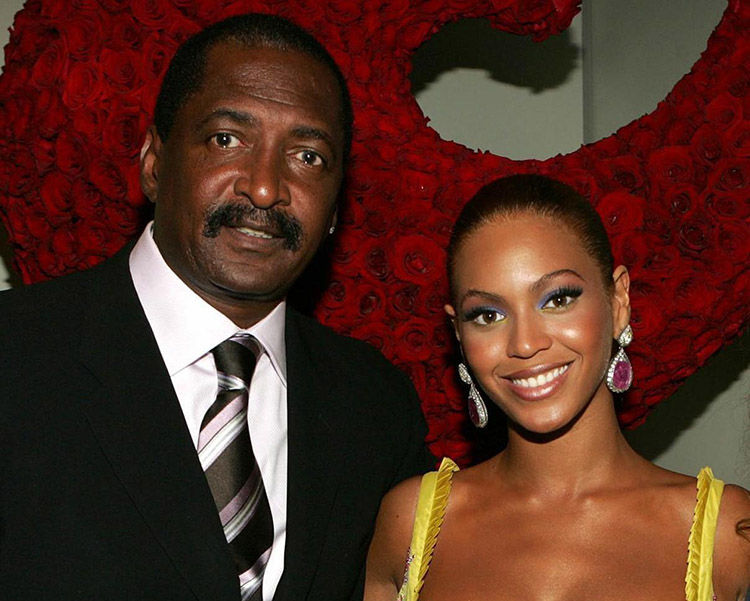 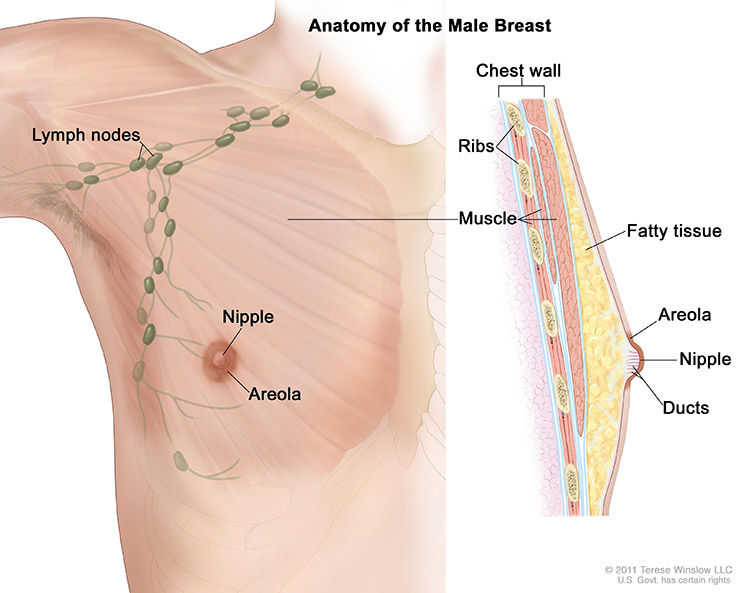 The anatomy of the male breast is similar in many ways to that of a woman's; both arise from the same fetal tissues. They develop in an identical manner until the individual reaches puberty.

Breast cancer is not only a woman's disease. Men can certainly get it too. Previously, "Shaft" actor Richard Roundtree and Kiss drummer Peter Criss have both publicly revealed their breast cancer diagnoses. And now, Beyoncé's father Mathew Knowles has announced that he too has been diagnosed with breast cancer.

Knowles, 67, a music executive and former manager of daughters Beyoncé and Solange, says he noted something was wrong in July 2019 when he found small drops of blood on his shirts. His wife also noticed blood on their bedsheets. After three days of this, Knowles tried to figure out what was going on: "I squeezed my nipple and sure enough, a little discharge came out, bloody discharge. I immediately called my doctor."

An inconclusive blood smear test lead to a mammogram, which showed that he had stage 1A breast cancer. He underwent a mastectomy and had three lymph nodes removed, which tested negative. In addition, he was found to have the BRCA2 gene mutation. He urged his daughters to undergo testing as well.

In a "Good Morning America" interview with Michael Strahan, Knowles said he learned that having the BRCA2 mutation makes him at higher risk of getting breast cancer, prostate cancer, pancreatic cancer, or melanoma. But he plans on being proactive and will have frequent cancer screenings.

"I got an MRI for pancreatic cancer, and my pancreas and liver are fine,” he said. “My dermatologist removed two moles – both of which came back benign for melanoma. I got an MRI on my prostate a week ago, but we're still waiting on the results."

He is also planning to get his second breast removed in January to reduce his risk of recurrence.

The anatomy of the male breast is similar in many ways to that of a woman's; both arise from the same fetal tissues. They develop in an identical manner until the individual reaches puberty. Under the influence of estrogen, breast tissue enlarges and develops structures that will form the milk-producing lobules. As men produce very little estrogen, these lobules do not form in the male breast. Therefore, lobular carcinoma in situ is not seen in men.

Predisposing risk factors for male breast cancer appear to include: radiation exposure to breast/chest; estrogen use; diseases associated with hyperestrogenism, such as cirrhosis or Klinefelter syndrome; and family health history – definite familial tendencies are evident, with an increased incidence seen in men who have a number of female relatives with breast cancer.

There also is major inheritance susceptibility – an increased risk of male breast cancer has been reported in families with BRCA mutations, although the risks appear to be higher with inherited BRCA2 than with BRCA1 mutations. Genes other than BRCA may also be involved in predisposition to male breast cancer, including mutations in the PTEN tumor suppressor gene, TP53 mutations (Li-Fraumeni syndrome), PALB2 mutations, and mismatch repair mutations associated with hereditary nonpolyposis colorectal cancer (Lynch syndrome).

Signs of breast cancer in men may include: a lump or thickening in or near the breast or in the underarm area; a change in the size or shape of the breast; a dimple or puckering in the skin of the breast; an inverted nipple; fluid from the nipple, especially if it is bloody; scaly, red, or swollen skin on the breast, nipple, or areola; and peau d'orange (a swollen, pitted skin surface covering the breast cancer).

According to the National Cancer Institute, primary standard treatment is a modified radical mastectomy with axillary dissection. Breast conservation surgery with lumpectomy and radiation therapy has also been used, and results of both protocols have been similar to those seen in women with breast cancer.

In men with node-negative tumors, adjuvant therapy should be considered on the same basis as for women with breast cancer because there is no evidence that response to therapy is different between men and women.

In men with node-positive tumors, both chemotherapy plus tamoxifen and other hormonal therapy have been used and are believed to increase survival to the same extent as in women with breast cancer.

Regarding endocrine therapy, tamoxifen is generally used instead of an aromatase inhibitor (AI) because the data supporting the use of an AI in men with breast cancer are limited. A retrospective analysis of 257 men with stage I to stage III breast cancer included 50 men treated with an AI and 207 men treated with tamoxifen. The researchers found that with a median follow-up of 42 months, treatment with an AI was associated with a higher risk of death compared with tamoxifen (32 percent with AI vs. 18 percent with tamoxifen).

Clinical trials for breast cancer in men can be found at clinicaltrials.gov.

Michele R. Berman, MD, and Mark S. Boguski, MD, PhD, are a wife and husband team of physicians who have trained and taught at some of the top medical schools in the country, including Harvard, Johns Hopkins, and Washington University in St. Louis. Their mission is both a journalistic and educational one: to report on common diseases affecting uncommon people and summarize the evidence-based medicine behind the headlines.