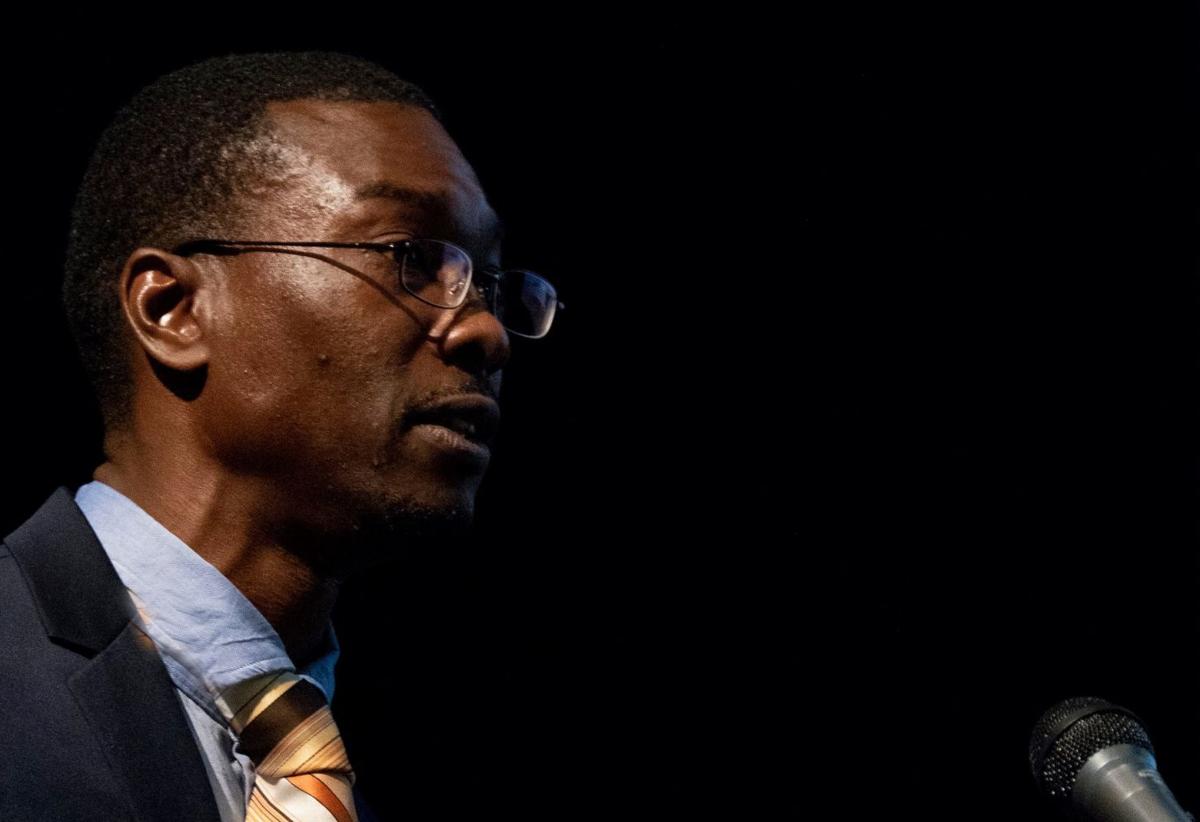 “Our prisons and jails have the potential of being nothing but kill boxes,” said EXPO organizer Charlie Gentry.

"COVID-19 case rates were 5.5 times higher among people incarcerated in U.S. prisons than among the non-incarcerated population.”

This was just one of the dire statistics cited in “COVID-19 in Missouri Prisons and Jails,” a report released earlier this year by the nonprofit Missouri Appleseed. The agency, which is part of 16 chapters across the country, works on criminal justice reform and public health issues and champions the rights of society’s most vulnerable populations.

“St. Louis needs an end to the policy violence of mass criminalization — and we won’t stop pressing until it’s won.”– Congresswoman Cori Bush

With financial support from Missouri Foundation for Health, Missouri Appleseed studied the COVID-19 containment policies of Missouri prisons and jails. COVID-19 case rates, according to the report, were 2.5 times higher among people who work in correctional facilities. Those staff members more than likely carried infections from those facilities into the wider community.

Additionally, the report noted Missouri community case rates for COVID-19 were higher in counties with prisons than in counties without them which suggested high incarceration rates increased the risk of infection both for people in prisons and jails and those living near correctional facilities.

“The Missouri Appleseed report confirms what we already knew: We have long had an urgent need to decarcerate our prisons and jails in St. Louis and across the country. COVID-19 has only exacerbated the urgency of that,” Bush said.

In response to the St. LouisAmerican’s request for a comment about the Appleseed report, Nick Dunne, public information officer for the mayor’s office, said Jones’ top priority is to ensure “the health and safety of detainees and Corrections staff.” He added Jones’ newly appointed Corrections Commissioner, Jennifer Clemons-Abdullah, is in the process of implementing “COVID safety protocols as well as considering vaccine incentive programs involving commissary, similar to those offered to the general public.”

In June, Rep. Bush, who worked more than 10 years as a mental health nurse, sponsored the “People’s Response Act” aimed at investing in alternatives to policing and incarceration across the country.

“The only solution to the rising health concerns in our prisons and jails is to divest from prisons and invest in our communities,” Bush said, relying on information from public health professionals and activists.

“There are people all across the state caged in jails, many of them serving sentences on low-level charges or detained on cash bonds that they cannot afford to pay,” Strode wrote on ACD’s website. “We feel very strongly that everyone should do their part to significantly reduce the number of people behind bars.”

According to the Equal Justice Initiative, an agency dedicated to ending mass incarceration and excessive punishment in America’s criminal justice system, incarcerated people are infected by the coronavirus at a rate “more than five times higher than the nation’s overall rate.” The inability to quarantine or practice social distancing, together with overcrowding, imperils the lives of many people incarcerated in jails and prisons, the EJC stated.

According to a New York Times report in April, prisons, jails, and detention centers in the U.S. are “among the nation’s most dangerous places when it comes to infections from the coronavirus. Over the past year, more than 1,400 new inmate infections and seven deaths, on average, have been reported inside those facilities each day.”

One in three people incarcerated in state prisons are known to have had COVID-19, the Times reported, adding at least 39% of prisoners in federal facilities have been infected.

It’s clear the pandemic has exposed serious problems within Missouri and the nation’s prison facilities. Advocates of criminal justice reform are in agreement reducing the number of incarcerated individuals is one of the most practical solutions.

Rep. Bush said she recently reached out to President Joe Biden to join the national movement for prison reform.

For Bush, the path forward is abundantly clear.

“St. Louis needs an end to the policy violence of mass criminalization — and we won’t stop pressing until it’s won.”